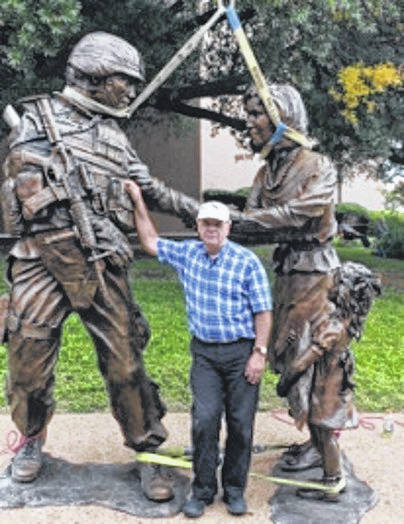 FORT RECOVERY — At 3 p.m. on Sunday, September 6, The Fort Recovery State Museum will present speaker, Joe Beatty of Houston, Texas. Beatty will engage the audience in a discussion of “Fort Jefferson: Past, Present and Future.” Beatty can speak with credibility on this topic not only because of his extensive research on Fort Jefferson, but also because his family is originally (and presently) from that locale. Also, significantly, this speaker had a direct ancestor, Ensign Samuel Beatty, who helped build that 1791 fort. Finally, Joe will delve into the planning for the present and future of Fort Jefferson, an initiative in which the speaker is passionately involved.

The presenters fifth generation ancestors, Ensign Samuel Beatty and his cousin, Captain Erkuries Beatty were members of the General Arthur St. Clair Force that built a series of forts north from Fort Washington (Cincinnati) into the Ohio Country with the aim to deliver a blow to the natives in that area. However it was the St. Clair troops that, after leaving the relative safety of Fort Jefferson, were dealt a blow on the banks of the Wabash on November 4, 1791. Included in the 700 army casualties was Ensign Samuel Beatty. Those able to escape (including Erkuries) ran for their lives back to Fort Jefferson.

Speaker Beatty is a member of “The Friends of Fort Jefferson,” and his presentation will be enhanced by the contributions of other members of that group. Those include researchers, experts and artifact collectors, Dr. David Cox, Bill Light, Greg Shipley, David Heckamen and other “friends.” They will display artifacts and multiple exhibits from the 1930 WPA Fort Jefferson Archeological Dig. Additionally they will have slides, studies, charts and findings from recent years to show and discuss with attendees.

Built in October of 1791 and named in honor of Thomas Jefferson, then Secretary of State, Fort Jefferson was one of the many supply/defensive forts built by the St. Clair and Anthony Wayne Armies. The present day site of Fort Jefferson which features a stone memorial, is owned by the Ohio History Connection and maintained and managed by the Darke County Commissioners.

The September 6 presentation is free to the public with expenses underwritten by the Patrons of the Fort Recovery Museum. This event will be held at the Fort Recovery Cooper Pavilion, located just behind the Fort Recovery Swimming Pool 401 W. Milligan Street. This sizable facility will allow for social distancing and fresh air. Attendees should wear masks in keeping with the Ohio Governor’s Coronavirus mandates. Hand sanitizer and disposable masks will be available.