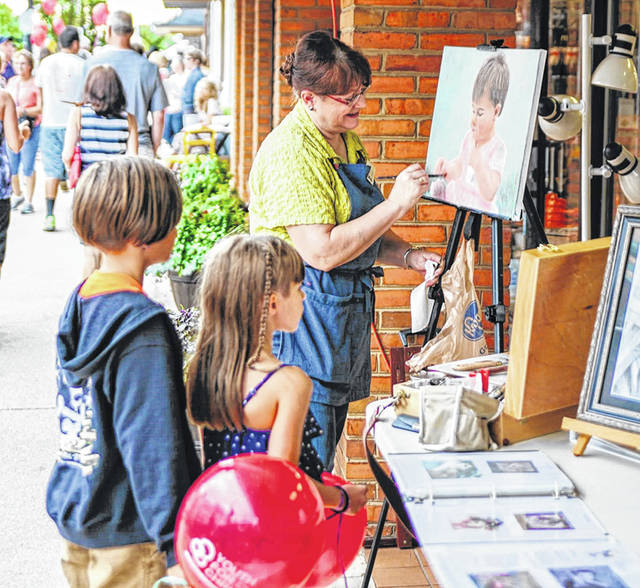 GREENVILLE — A sign of a return to normalcy returning to downtown Greenville will be present on Sept. 4, when First Fridays returns at 6 p.m.

It will be the first one since the pandemic brought a stop to the popular event.

“We will be holding a grand re-opening of downtown Greenville,” Ryan Berry of Main Street Greenville said. “We are going to do a hodge-podge of the some of the First Fridays events that have been missed.”

Among things that will be included will be the Jordan Agency Artisan Stroll, Volunteer Fair, Scavenger Hunt and there will be an outdoor theatre at approximately 9 p.m.

There will be a ribbon cutting with the mayor at 6 p.m.

“The city has really done a lot for the downtown this year and we want to have the opportunity to show it off,” Berry said. “They have really put a lot of work into the downtown and accomplished a lot. I have people come into my office all the time and tell me how beautiful the downtown looks.”

We will have several Artisan areas — one on each of the blocks so that people don’t all congregate in one place,” Berry said. “We will have a Chalk the Block on East Third. We will block off a block and children and adults can use chalk to create their own art.”

We Are The Majority will be be part of the volunteer fair.

“The Volunteer Fair is something we normally had in June,” Berry said. “It is going to be great to have We Are The Majority there and some of our other great volunteers.”

The scavenger hunt is always a popular event.

“I am sure there will be prizes for those who participate,” Berry said. “The Farmer’s Market. will also be going on. We just want to get a lot of people downtown and see it active.”

As the event winds down, a movie will be shown in the parking lot behind Bach to Rock.

“I am expecting it to start around 9 p.m.,” Berry said. “It will just depend on when it gets dark.”

Berry said it is a chance to honor both businesses and patrons.

“We have a number of businesses that have put a lot of hard work into re-opening,” Berry said. “And the businesses appreciate the patrons and it is a great way to honor them.”

It will be important for everyone to follow the guidelines put in place by the Darke County Health Board.

“We are going to require all vendors to wear masks,” Berry said. “We will ask that patrons follows the mandates that are in place and social distance as much as possible.”

That will include one-way walking at the event.

“We will have it one-way on each street,” Berry said. “That is to keep everyone moving and helping with social distancing. We are going to follow the Darke County Health Guidelines as much as we possibly can. That’s what made this even possible.”

Most importantly, it is a chance to come out and celebrate the return of First Fridays and bring the downtown alive.