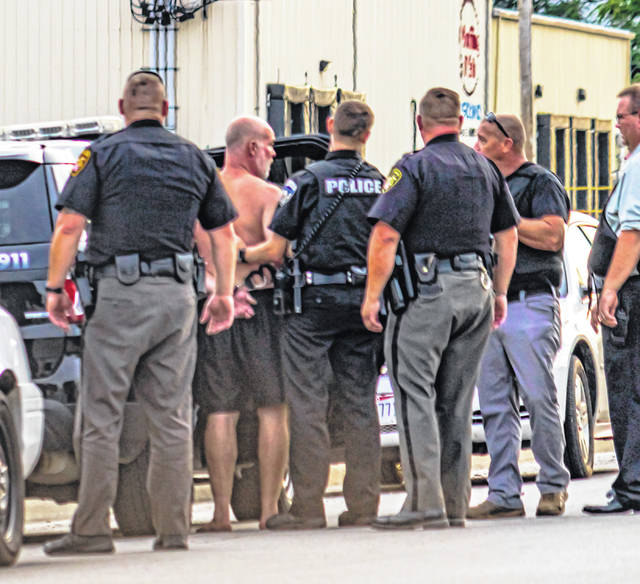 UNION CITY, Ohio — A large police presence could be observed Monday evening as a Union City man was taken into custody following a tense standoff with law enforcement.

At approximately 5 p.m., officers from the Union City Ohio Police Department responded along with deputies from the Darke County Sheriff’s Office to the 500 block of East Elm Street Union City, Ohio, in reference to a possible disturbance.

According to Union City Ohio Police Chief Mark Ater, upon the arrival of officers to the scene, a male subject barricaded himself within his home. Due to the volatile nature of the situation, as well as the possible involvement of firearms, measures were taken to ensure the safety of the public. Roadblocks were placed closing off the surrounding neighbourhood to passing motorists as officers asked the occupants of nearby residences to shelter indoors or leave the area.

Following nearly two and a half hours of negotiations, authorities were able to make contact with the suspect as he exited his home and confronted authorities. After a verbal exchange with both deputies and officers, the suspect was taken into custody following a brief foot chase as he attempted to flee.

“Our primary concern was the health and wellbeing of not only everyone involved but those who live in the area,” said Chief Ater. “A peaceful ending is all that we could have asked for in this situation.”

The unidentified male suspect was transported from the scene to Reid HealthCare in Richmond, Ind., to undergo evaluation. At this time no word of charges against the suspect have been made public but may be pending further investigation.

The incident remains under investigation by the Union City, Ohio, Police Department and the Darke County Sheriff’s Office.