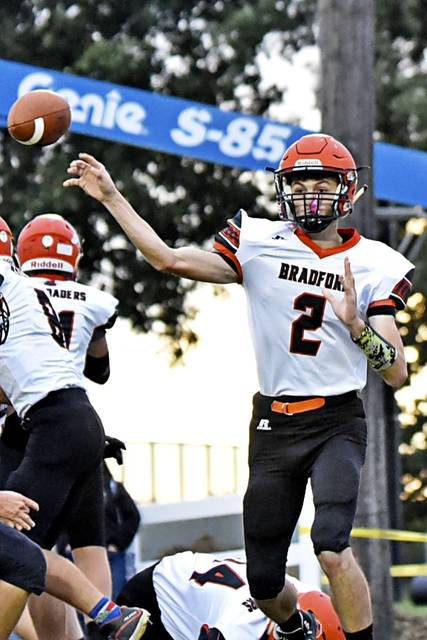 the playoffs last year and graduating a very skilled senior class. The excitement for football is

strong but the skill positions is very young.

On the other side of the field Bradford also was fielding a young team. The two teams came

into the contest 0-2 and looking to chalk up an important win for their program.

Bradford was able to stop the Hawks 2nd possession on downs at the 10-yard line.

toss from quarterback Tevin Felver to Taven Leach at the 9:23 mark of the second quarter. The

extra point attempt failed but the Roaders went up 6-0.

The score would remain at 6-0 going into the half.

took it to the house in the opposite direction for a 60-yard score at the 5:58 mark of the third

quarter. The two-point conversion failed and the game was knotted at 6.

Bradford was moving the ball well … but again it was the defense getting them out of jamb.

Junior Davian Trump intercepted a pass on the 30 yard to squelch the drive.

In overtime each team gets a possession at the 20-yard line.

carries for 16 yards getting them down to the 4 yard line.

met at the goal line and corner pylon. He had just enough of the ball breaking the plane for the

freshman and sophomores sometimes takes a while to figure out. Late in the second half and

overtime I told our offensive coordinator, go back to basics, trust our line and take care of the

QB, RB and WR on offense. He stepped up as a senior leader to set-up that last score,”

the 20 and then fumbled the ball to end their chance to tie or win the game.

was a perfect example. We probably should have gone up 21-0 … but had a penalty on the first

play of the game, at the end of the first half and in the overtime period. We had a number of

“We played hard tonight but we have to find a way to get over the hump. We’ve been losing

for a long period of time and we’re trying to change that culture here,” Calvert said.

figure this thing out, we just have to keep working hard,” Calvert concluded.

“Hats off to Bradford they are young just like us, but you can see them getting better every

to preserve the win.

It wasn’t pretty offensively for either team but a couple of MV Players stood out on defense.

Gahret had 9 tackles and 2 sacks.

his effort and our defense as a whole, they came up big tonight,” Trobridge concluded. 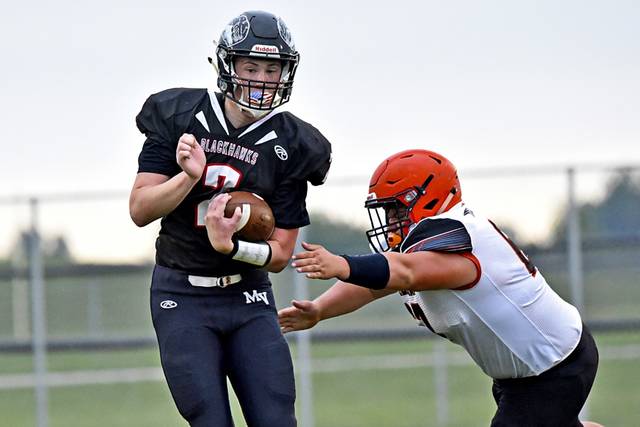 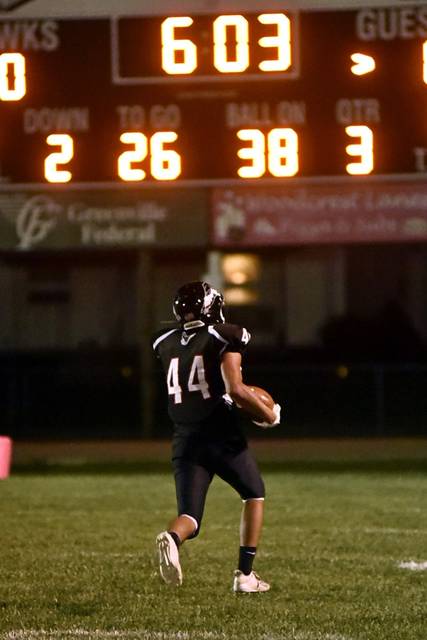 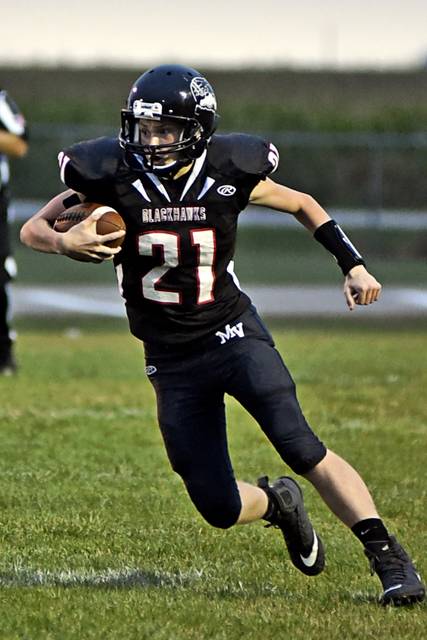