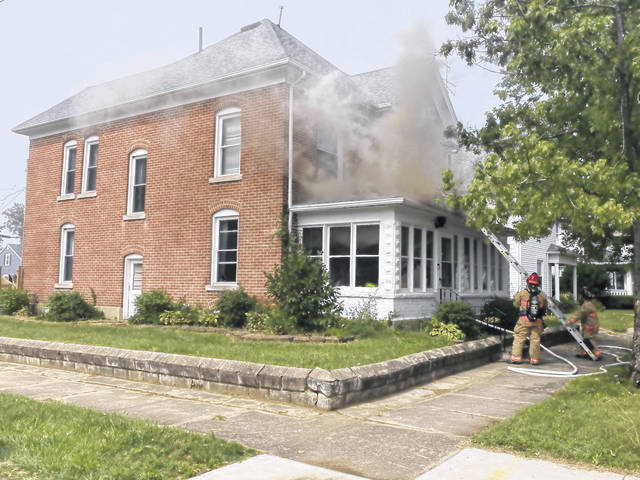 According to Greenville Fire Chief Russ Thompson, the fire is believed to have started at the front of the residence as the result of careless disposal of smoking materials. An investigation into the second-alarm fire revealed that a member of the household disposed of smoking materials from a third-story attic window leading to a fire developing in a rain gutter attached to the front porch of the structure. Crews were able to knock the fire down and prevent the blaze from spreading into the main structure isolating it to the enclosed front porch. No injuries were reported as a result of the fire.

The incident, ruled accidental in nature, will remain under investigation by the Greenville City Fire Department.