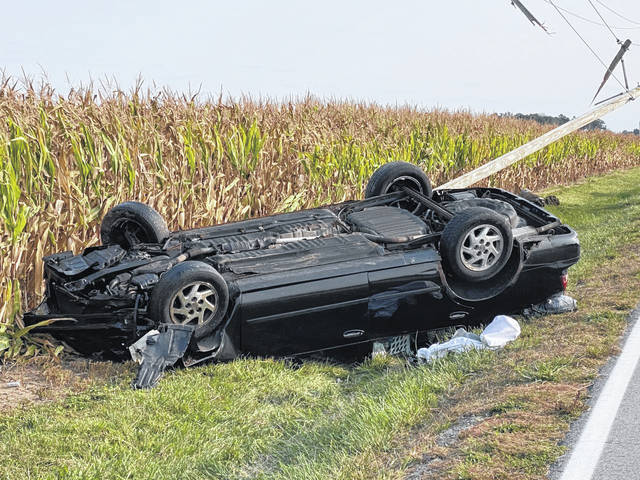 ANSONIA — A single-vehicle rollover crash ended in injuries Saturday evening following what deputies believe to be an alcohol-related related accident.

At approximately 5:02 p.m., emergency personnel from Ansonia Fire and Rescue responded along with Union City Fire and Rescue and deputies from the Darke County Sheriff’s Office to the 9700 block of Coletown-Lightsville Road in reference to a rollover crash with entrapment.

The male driver, who was extricated from the vehicle via non-mechanical means, was treated on the scene for non life-threatening injuries prior to being transported to Wayne HealthCare. His condition remains unknown at this time. Deputies believe alcohol may have been a contributing factor in the crash.