GREENVILLE — The Darke County Republican Women’s Club (DCRWC) held its “Meet the Candidates” evening yesterday at the Radiant Lighthouse Campus in Greenville. The evening’s free program hosted Republican candidates on the November 3 ballot to introduce themselves and answer questions from the audience.

Each candidate was introduced, and spoke for several minutes, discussing his or her qualifications and articulating those issues that directly impact Darke County citizens.

Jena Powell, who represents Southern Darke County, and is running for reelection for 80th District State Representative, highlighted her work as a first-term, pro-family, pro-business conservative, crafting over 13 pieces of legislation and highlighted her ongoing efforts to help professionals to obtain licensure within Ohio from other states. Powell, who is a Christian, also recommended the book, “Biblical Principles for Political Engagement” to those in attendance.

Chris Epley, who is running for Judge of the 2nd District Court of Appeals, emphasized the importance of electing a well-qualified, well-rounded jurist to serve the six counties represented within the 2nd District Court of Appeals. Epley, a native of the Dayton area, highlighted his experience, having practiced law in all six counties, serving as chief appellate attorney in the Vandalia Municipal Court, part time as a Magistrate for the Dayton Municipal Court, and teaching both appellate and family law at UD. Most notably, Epley is the only candidate with direct judicial experience.

Matt Huffman, who is running for reelection for 12th District State Senator, highlighted his connection to western Ohio and Darke County, as a conservative candidate, and reiterated his opposition to legalize recreational marijuana use in the state of Ohio. He emphasized the importance of a strong Republican turnout on Nov. 3rd.

R. Kelly Ormsby, III who is running for reelection for Darke County Prosecuting Attorney, has been Darke County prosecutor since 2009. He highlighted the importance of being a fair and effective prosecutor for the county, examining the facts, ethics, and sentencing goals of each case. Ormsby also emphasized the importance of supporting law enforcement, noting that the hire and training of police and law enforcement must be funded, not defunded.

Larry Holmes, who is running unopposed on the ballot for Darke County Commissioner, highlighted his 45 years of executive experience and volunteer work within the community. He emphasized his commitment to being fiscally conservative, and the importance of supporting greater economic development in Darke County. Holmes stated that he looks forward to representing Darke County’s 51K residents in the future.

Cindy Pike, who is running for reelection for Darke County Clerk of the Court of Common Pleas, emphasized her ongoing efforts to streamline county offices, especially with the many COVID restrictions in place. She highlighted her office’s ongoing efforts to digitize all of the paper records, many dating back to the 1800s, and acknowledged the efforts of local and professional genealogists in assisting with this endeavor.

Susan Manchester, who is running for reelection for 84th District State Representative, noted the great enthusiasm of her constituents while campaigning through Darke, Shelby, and Mercer Counties. Taking questions from the audience, Manchester highlighted her work on HB 183, which would encourage young Ag professionals to continue farming through tax credits. She also emphasized her work on the Foster Care Reform bill, which will be signed into law next week.

“The club was pleased to provide this chance for Darke County residents to meet the Republican Candidates personally, have a chance to speak with them and hear their plans for the future,” said Betty Hill, DCRWC President. The club hosted a dinner of homemade lasagna, salad, rolls and dessert prior to the event, prepared by Rev. Hershel Fee and Rev. Barbara Fee of Radiant Lighthouse, and served by Delores Ely and Judy Bennett.

The DCRWC is a multi-generational, multi-cultural organization providing the structure and support for political activists to learn, engage, and flourish. For more information, email President Betty Hill at [email protected] or visit www.darkegop.org/womens-club.html 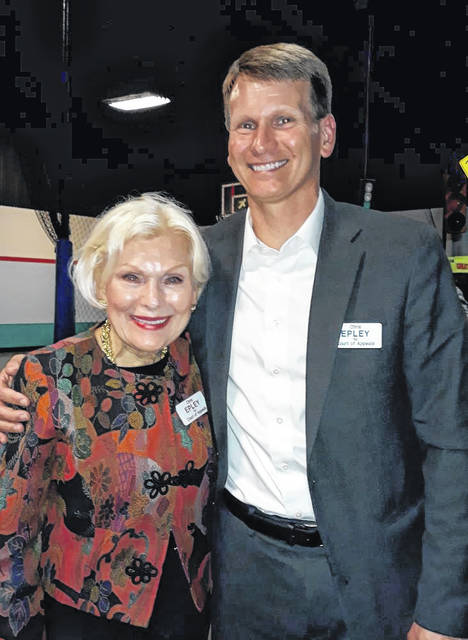 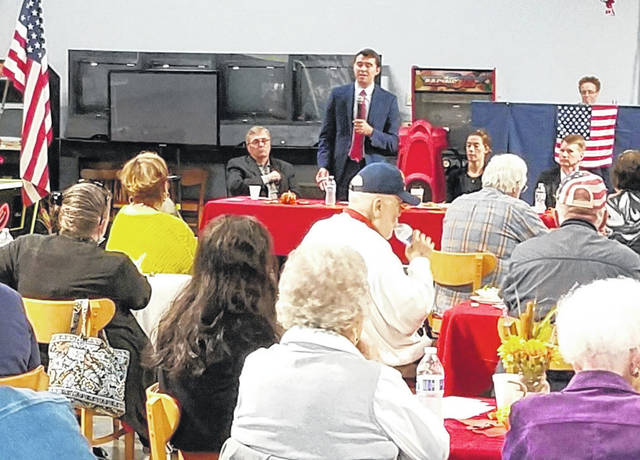 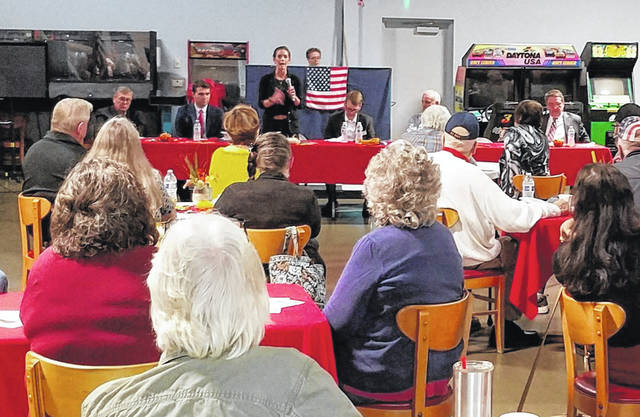 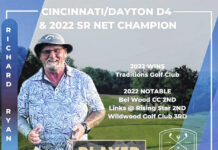