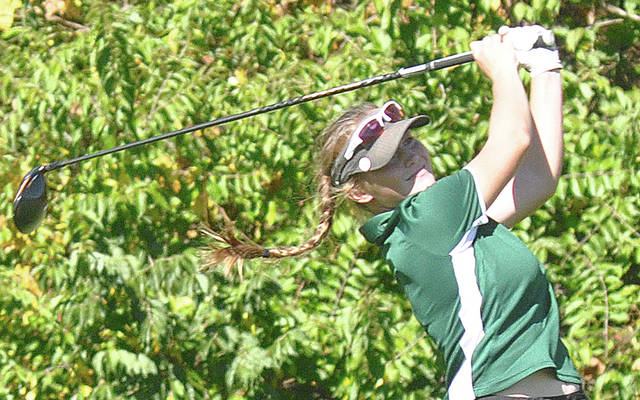 CINCINNATI — As Greenville High School sophomore Kenna Jenkinson stood over her second shot on the par-5 ninth hole on the East nine at Glenview Golf Course — her final hole of the day — Tuesday, she was probably less nervous than her family members, coach and teammates watching from behind the green.

From 191 yards out on the 400-yard par-5, Jenkinson struck her 4-hybrid crisply and sent it soaring towards the green.

“Hello”, one family member said as the ball rolled just left of the pin and finished 15-feet from the cup.

Jenkinson’s two-putt birdie gave her a two-over par 74 — an even-par 36 on the East nine and earned her one of three individual spots at next week’s state tournament on the Gray Course at The Ohio State University.

“I felt like if she birdied there and shot 36 (on the East nine), that would be good enough to get her to state,” Haines said.

Not that there weren’t some nervous moments.

With 12 individuals still out on the course two hours later, Jenkinson was tied with Zoe Leubbers of St. Ursula for the final two individual spots.

“I was stretching and staying loose in case there was a playoff,” Jenkinson said.

None of the individuals came close to matching her 74 and Jenkinson was on her way to Columbus.

“There was quite a bit of stress (with the waiting),” Haines said with a laugh.

Jenkinson is playing her best golf at the right time.

She was coming off being co-medalist at the sectional tournament last week with a 73.

“I have been working really hard on my game,” Jenkinson said. “I take classes remotely, so I am done around noon, 1 p.m. and I practice or play for five hours every day. I have been playing in tournaments all summer, so at sectionals, I looked at it as just another tournament.”

Her first trip around Glenview was during a practice round Monday.

“I had my notes I wrote down and I knew where every pin position was,” Jenkinson said. “I felt like I could score pretty well.’

She got off to a fast start on the tougher South nine, birdieing the 320-yard par-4 first and 433-yard par-5 third hole to quickly go 2-under.

“I was still just taking it one hole at a time,” Jenkinson said.

Her only stretch of adversity came on holes 5-7 on the South course, when she went double bogey, bogey, bogey.

“I wasn’t panicking,” Jenkinson said. “I felt like I was still right in it.”

She parred the final two holes of the South nine for a two-over par 38, then opened the East nine with a birdie on the 355-yard par-4 first hole.

“That (the two pars on the final two holes of the South nine) did give me confidence,” she said.

“Kenna (Jenkinson) did a great job of keeping her composure,” she said.

Bogeys on the fifth and seventh holes of the East nine, were offset by the great shot to finish.

“It was tough waiting, but I felt like when I finished, my score was going to be good enough.”

For the Greenville team with no seniors, it was a tough day — but great experience for the future.

“I am so proud of these girls,” Haines said. “I can’t say enough about what they accomplished this year and the season we had.”

Sycamore’s Deeya Prakash was medalist with a 72.

Eleanor Hudepohl of Ursuline Academy had a 73 and Jenkinson, Luebbers and Morgan Rogers of Centerville all carded 74s.

Centerville (310), Mason (316) and Sycamore (319) advanced as teams, with Hudepohl, Jenkinson and Luebbers advancing as individuals.

And Jenkinson is hoping for big things at state.

“I have worked really hard for this,” she said. “I am only a sophomore, so hopefully this is where I will be the next three years.”

After finishing like a champion to secure her state berth. 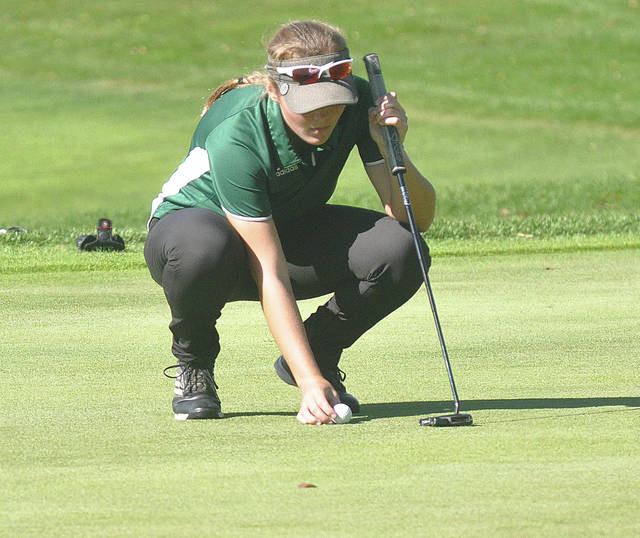 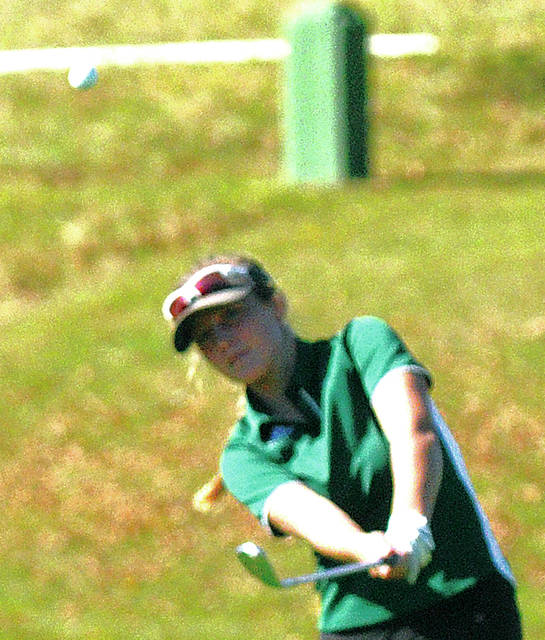 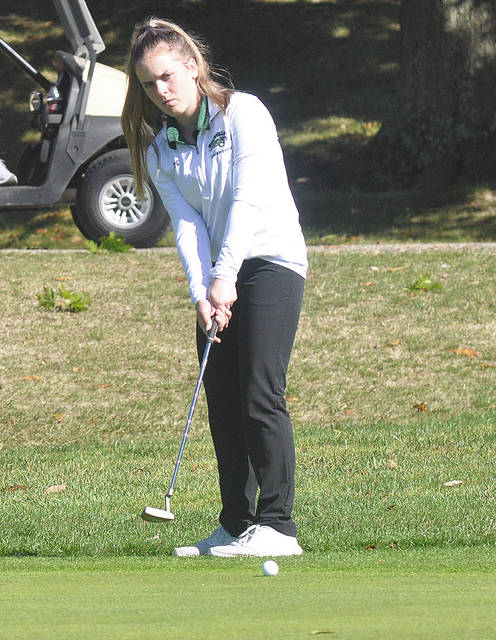 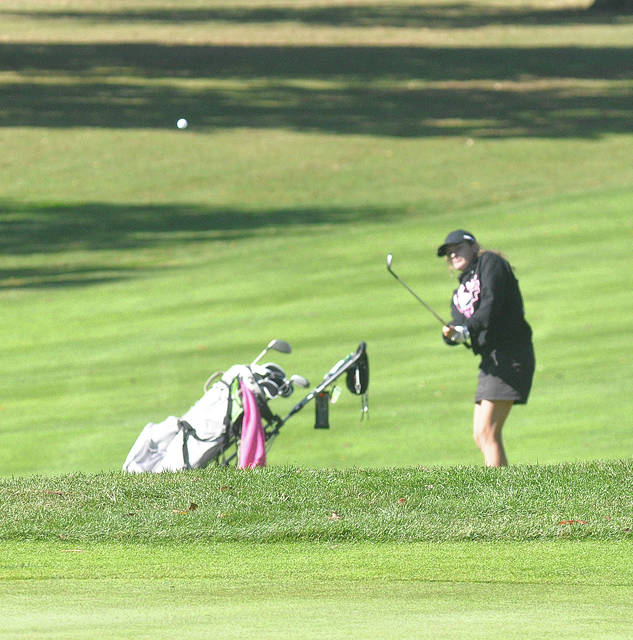 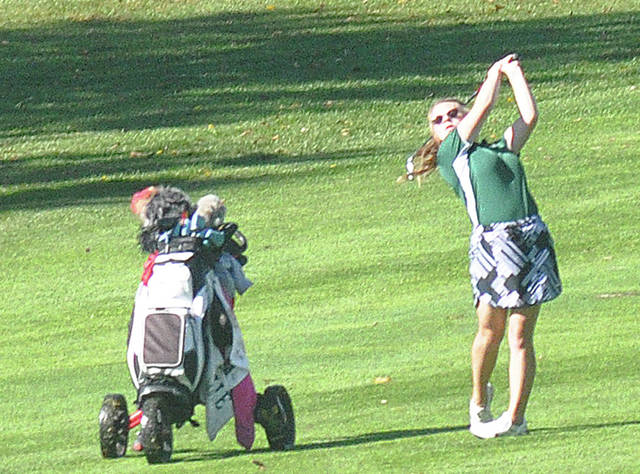