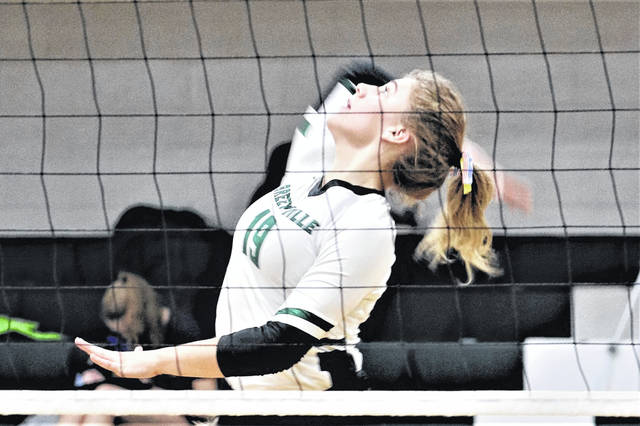 GREENVILLE – Lady Wave, Hunter Class has been chasing Greenville’s single match kill record of 20 all season. The GHS junior had several opportunities having had 19 kills in a match and tying the record of 20 earlier in the season.

“I’m very proud of Hunter,” said Greenville head varsity coach, Michelle Hardesty. “She has grown so much in the three years we’ve had her and look forward to what she’s going to bring to the court as a senior next season.”

“To break that record in 3 sets is quite a feat,” added Hardesty.

Not only did Class set a new Lady Wave record but the hard hitting junior also tied the school’s single match Ace record of 8 for the second time during the 2020 volleyball season. Class amazingly accomplished the feat in just 15 serve attempts on the night.

In an exciting and well played final regular season match, the Lady Wave volleyball team defeated the Vandalia-Butler Aviators 3-0 to close out the 2020 regular season with a 14-7 record, good for third place in the Miami Valley League’s Miami Division.

Butler who has had its share of ups and downs this season brought its game to Greenville ready to challenge the local girls and took the lead from the Lady Wave late in the first set only to have the Greenville squad battle back to win the opening set 25-23 and go up 1-0.

In set No. 2, the Lady Wave found themselves down by a 20-24 score with the Lady Aviators at set point. GHS junior, Kierah Beavins stepped behind the serve line and rattled of six consecutive tough serves to throw the Lady Aviators out of system and lift the Greenville girls to a 26-24 second set victory.

The Lady Wave put the match in the win column with a 25-23 third set win to close-out regular season play.

Hunter Class leads the MVL with 240 kills and Abby Yoder has 224 Lady Wave kills good for second place in the league. Yoder takes fifth place for MVL block leaders with 63.

Libby McKinney (junior) takes first place in Assists for the MVL with 644 far outdistancing the second place finisher with 485 assists. McKinnney also holds down the second place spot with 54 Aces, just one shy of the leader.

The No. 5 seed Lady Wave take on the No. 3 seed Benjamin Logan Lady Raiders, Tuesday, October 20 in Sectional tournament action with a 5:30 p.m. start time at Tecumseh High School. 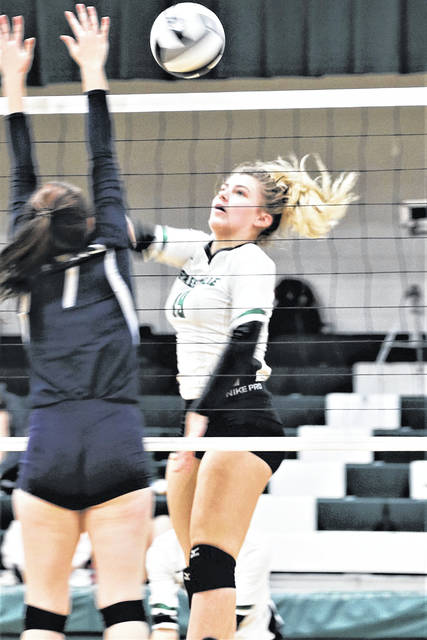 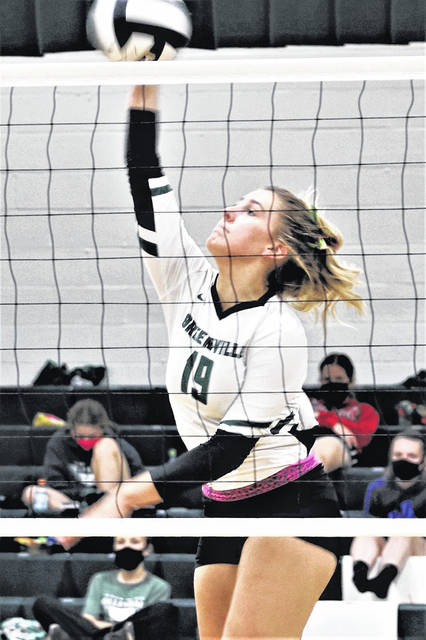 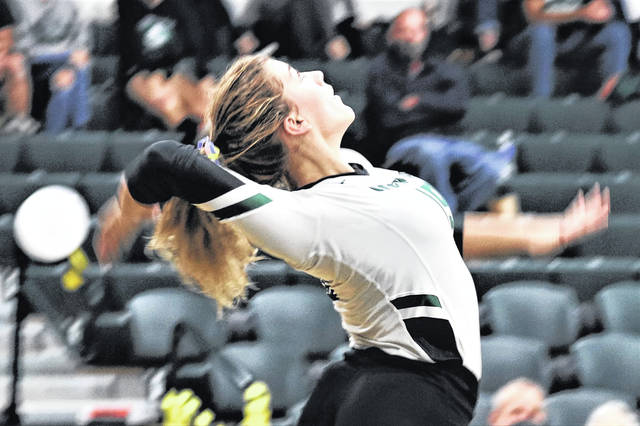 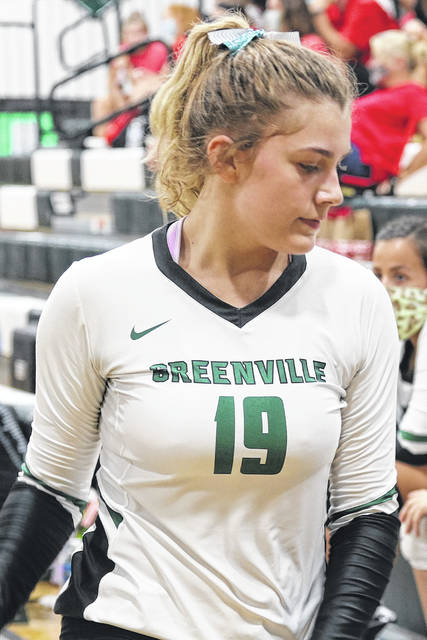 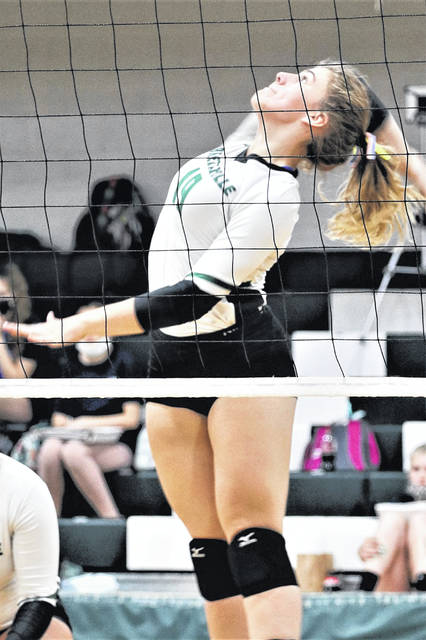