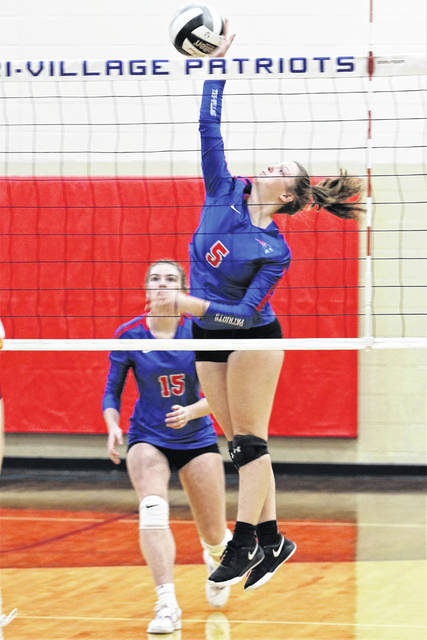 “We had a camp early in the season,” said Tri-Village coach Chris Brewer. “The guy that come in here and run the camp pointed up to the banner and he kind of snickered a little bit and said, ‘1990? – that’s the last time you guys won a championship here?’ I said, yes but we are going to change it this year.”

“First time in a real long time,” TV Athletic Director Brad Gray said of the CCC title. “Really proud of Coach Brewer and his kids. We have been building towards this for the last two years and we have seen it all come together this year for them. Really happy for him and the kids because they put a lot of time into it.”

The Tri-Village ladies secured the CCC Championship with wins of 25-18, 25-17 and 25-18 to close out the 2020 Cross County Conference season with an unblemished league record.

“It’s been our goal early on to come out and put our year on this banner,” Coach Brewer noted. “Every conference match our girls came out and fought hard.”

The Lady Patriots took an early first set 7-1 lead and extended it lead to 12-5 bringing an Arcanum timeout. The Lady Trojans narrowed the gap to 20-17 before Tri-Village closed out the opening game on a 5-1 run to take a 25-18 first set win and go up 1-0.

Tri-Village opened set No. 2 with a 5-1 advantage with Arcanum climbing back into the contest to trail 9-8. The Lady Patriots outscored the visitors 14-9 to go up 2-0 on the night with a 25-17 second set win.

The third set of the night had the Lady Patriots leading 6-2 early with Arcanum battling back to knot the score at 8-8 and 11-11. Tri-Village took advantage of a 4-0 run to lead 15-11 bringing a timeout from the Lady Trojans bench.

Arcanum made it close trailing 15-14 but was unable to grab a lead as the Lady Patriots would use a 10-4 run to close out scoring on the night to take the final set 25-18 and earn its first Cross County Conference Championship since 1990.

“We have such good leaders on the team and it makes my job easy every night,” said Brewer. “These girls, half the time know what I am going to tell them before I say it. They know the team’s weaknesses and what they need to do.”

“We have such good leaders this year – our seniors we are going to miss them next year,” Brewer added. “We have seven juniors – I hope these juniors know what it means, what it brings to the team, how much differende it makes. They are going to be missed but I am glad we got this one for them.”

“This gives our volleyball program a shot in the arm,” Gray stated. “We have some talent right now coming through and when you start winning championships you start feeling like a champion and it just gives you confidence going into those games.”

“I am sure coach is excited about his tournament run,” concluded Gray, “and hopefully our kids will have a little swagger to them now.” 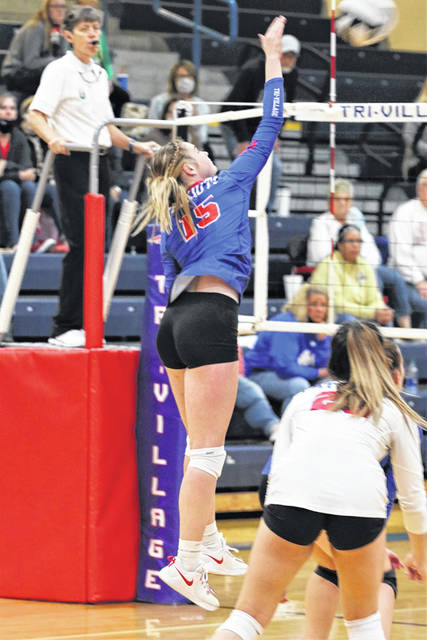 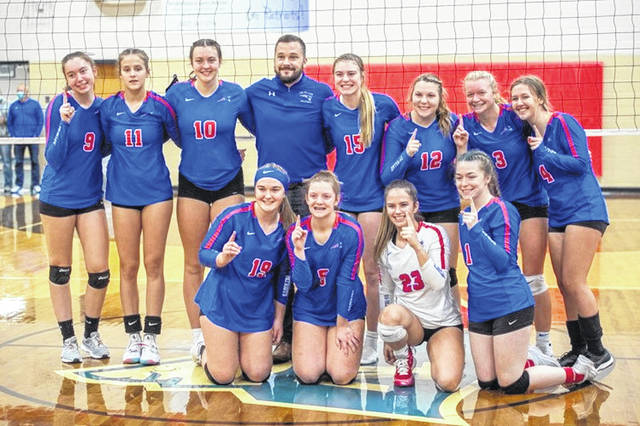 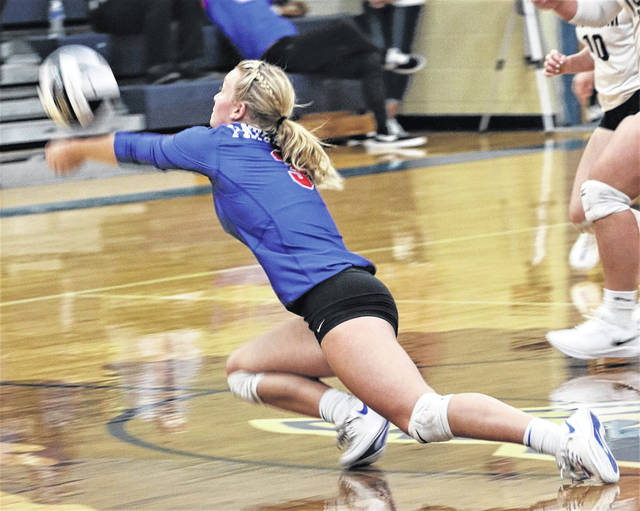 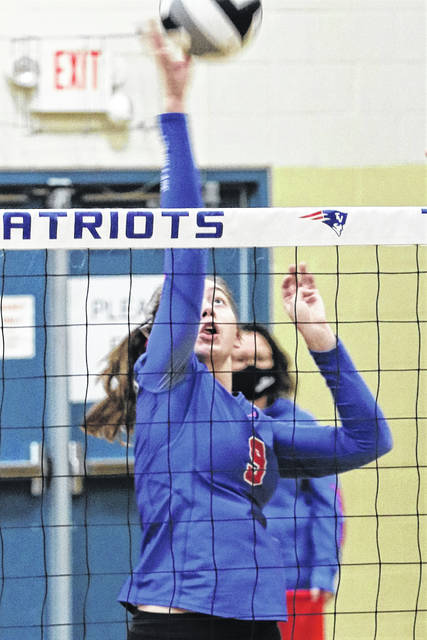 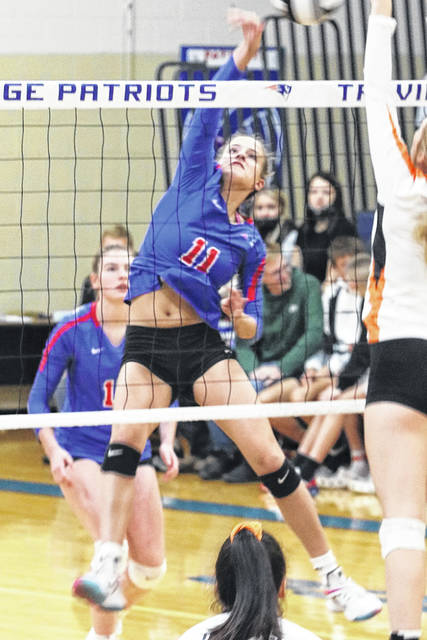 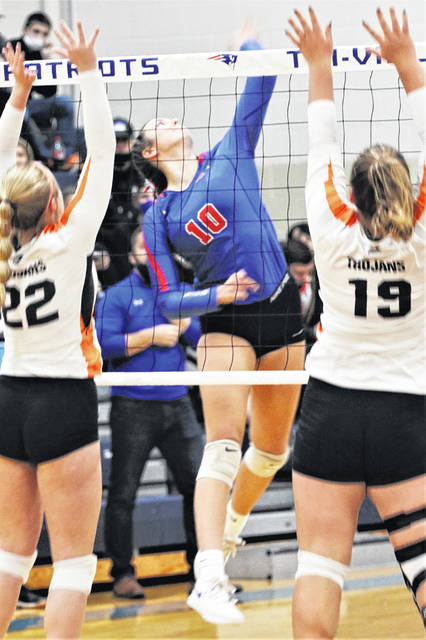