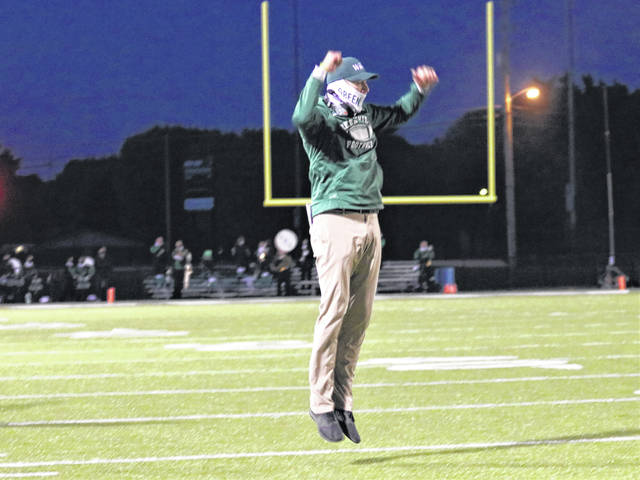 GREENVILLE – The Green Wave defeated the visiting Celina Bulldogs 21-20 in a Friday night come from behind non-conference football win.

“We have never given up this entire year and a whole lot of things have not gone in our favor,” said Greenville coach Bart Schmitz following the game. “That’s the epitome of our team.”

“I am so proud of this team, they have stuck together, they show up every day, they do the right things and for them to come out here and win a game like this, I’m just happy for our players especially our seniors,” Schmitz continued. “You never know when its going to be your last one but we came out here and we did things right tonight.”

A Hayden Bush to Logan Sibery 30 yard touchdown pass capped a 10 play 76 yard drive aided by a 20 yard Connor Mills carry to give the Wave a first quarter 6-0 lead with 0:39 showing on the clock. A Sibery PAT kick out of the hold Hayden Bush splitting the uprights had Greenville leading 7-0 where the score would stand after one period of play.

The second quarter proved to be a defensive struggle before the Celina strung together a six play 51 yard TD drive culminating with a Cooper Jones to Quade Gilmore 25 yard TD strike with 1:16 remaining in the first half. With the Bulldogs’ PAT kick good, the teams headed to the halftime break with the score knotted at 7-7.

Celina grabbed its first lead of the night taking advantage of a 1 play 56 yard Jaden King touchdown run with 10:38 showing on the thrid quarter board giving the Bulldogs a 14-7 lead with the PAT kick good.

Greenville answered with a 17 play, 60 yard touchdown drive using up 7:56 on the clock with Connor Mills carrying from 5 yards out to knot the score a 14-14 with Sibery’s PAT kick through the posts.

Once again, Celina responded with a five play 59 yard touchdown drive by way of a Jones to Quinn Andrew 7 yard TD pass at 1:00 in the thrid to lead 20-14.

Greenville senior, Colton McCartney blocked Connor Atlstaetter’s PAT extra point attempt in what would prove to be the difference in thecontest sending the game to the fourth quarter with Greenville trailing 20-14.

“That hurt at the time but our offense stayed the course,” Coach Schmitz said of Celina’s late third quarter go ahead score.

With the clock running down, trailing by six and facing a fourth and goal at the 5 yard line, the Green Wave coacing staff went to the air to cap a 16 play, 67 yard touchdown drive.

“We thought it would be there,” Schmitz said of the TD pass. “I had some coaches help me out. They saw some things we could take advantage of and made a play call. The kids executed and that’s all you can do, try to put our kids in the best opportunity to win a football game and they made the most of it tonight.”

The final scoring drive of the night chewed up 9:36 on the clock resulting in a 5 yard Bush to DJ Zimmer TD pass good for a 20-20 score with 2:24 remaining on the game clock. The big play of the drive came on a Mills 14 yard run.

“We got three yards, we got four yards, we converted third and shorts when we had to,” Schmitz noted. “It’s a testament to the guys. They stayed the course and trust in the process.”

Sibery stayed perfect on the night splitting the uprights out of the hold of Bush to give Greenville a 21-20 lead and Celina taking over on their own 42 yard line.

The Green Wave defense dug in preserving the win with Zimmer throwing Celina’s Jaden King for a 1 yard loss on the first play from scrimmage. Isaac Elliott and Zimmmer teamed up to sack the Bulldogs’ Jones for a 6 yard loss back to the 35 with Celina calling for a timeout.

A incomplete third down pass had the Bulldogs staring at a fourth and 17 only to have a Jones first down scramble attempt cut 2 yards short by a Siefring tackle turning the ball over to Greenville with Bush using 3 kneel downs to run out the clock earning Greenville the victory.

“Everything that is going on this year – I love it to death, I love what I do, I love the kids,” Coach Schmitz said following the victory. “I spend more time with them than my family this time of year but I wouldn’t change anything for the world. Love what I do, love they kids…that’s why we do this.”

Sibery had 4 catches for the Wave good for 47 yard and a touchdown, Zimmer had 4 receptions for 28 yards and a TD.

Brennen Siefring and Sibery paced the Wave with 6 tackles each. Zimmer had 5 tackles and 1.5 sacks on the night and Hadyn Sharp added 5 tackles for Greenville. 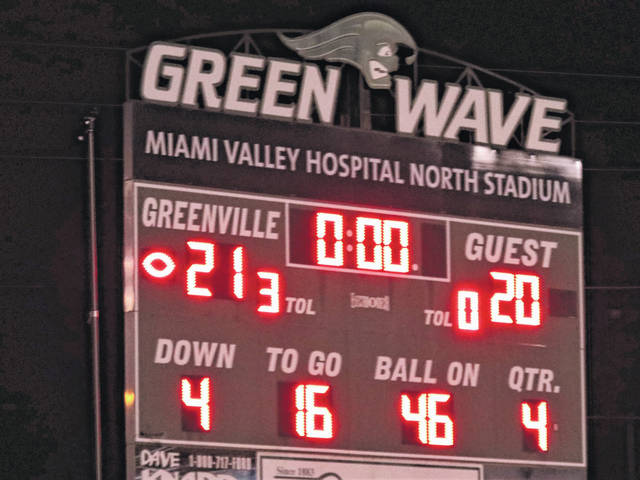 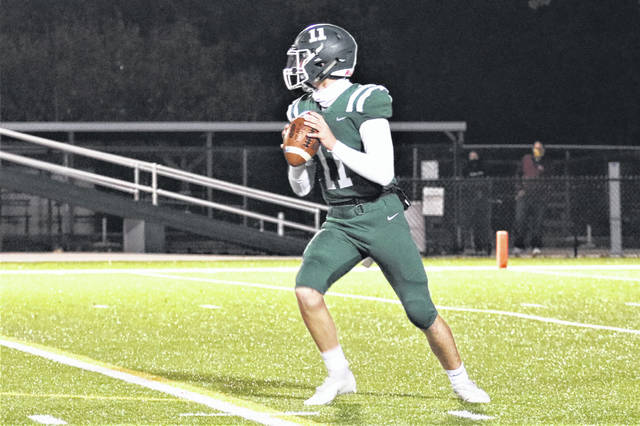 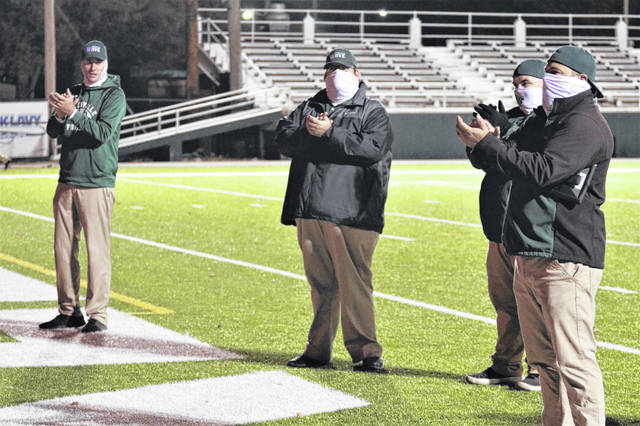 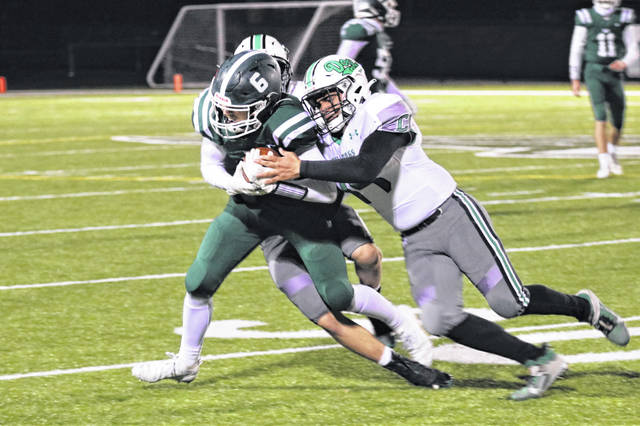 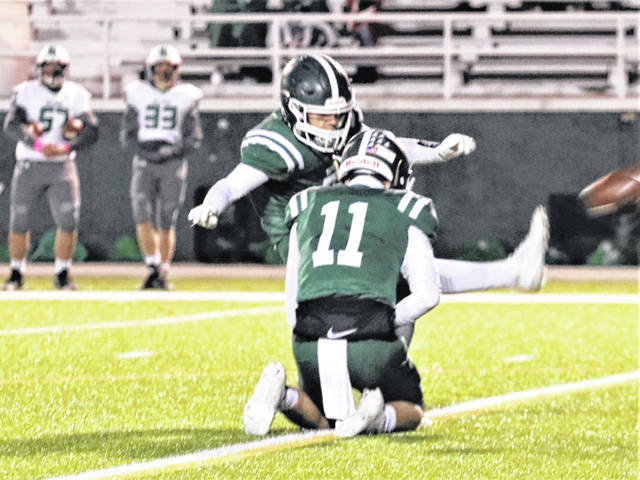 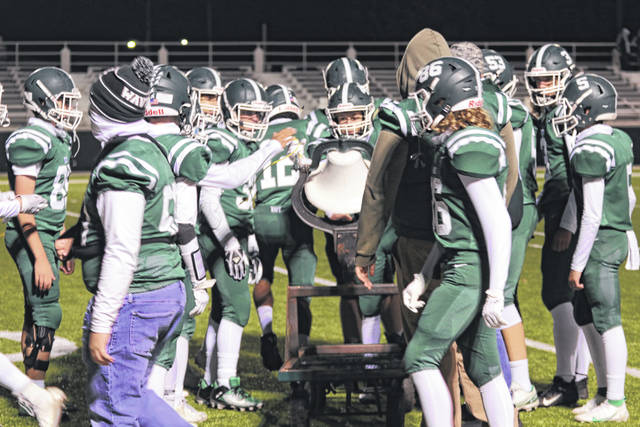 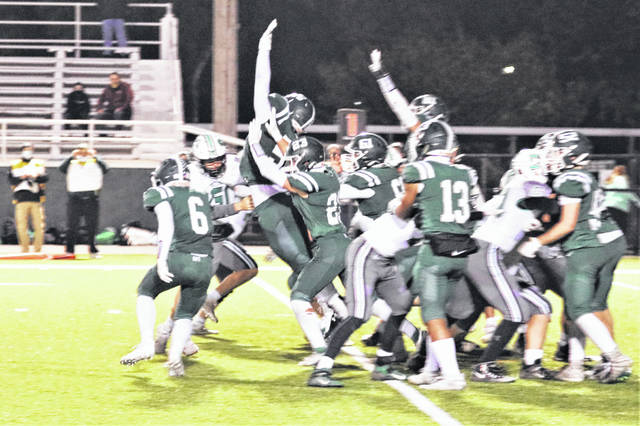 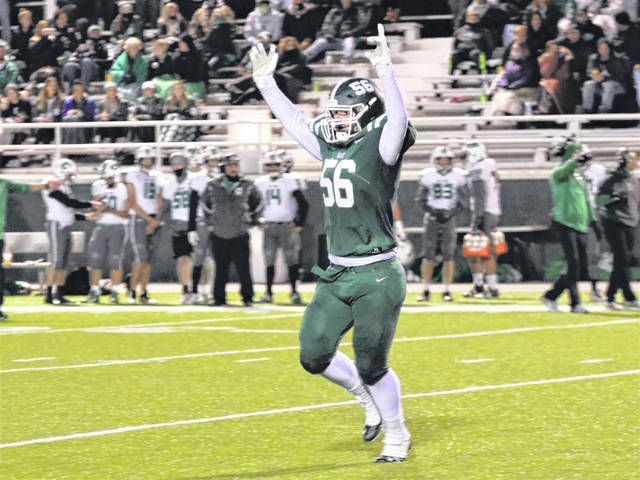 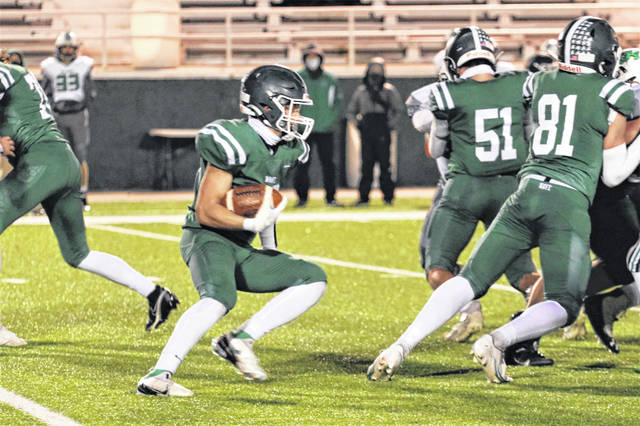 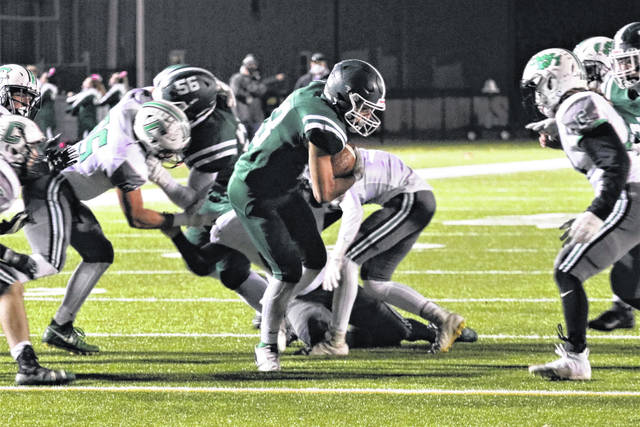 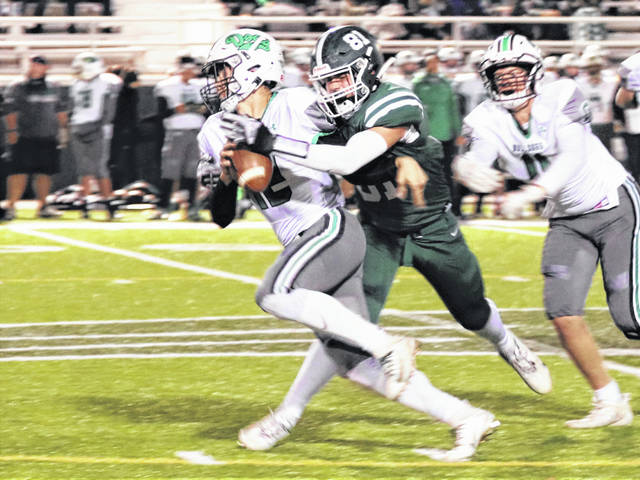 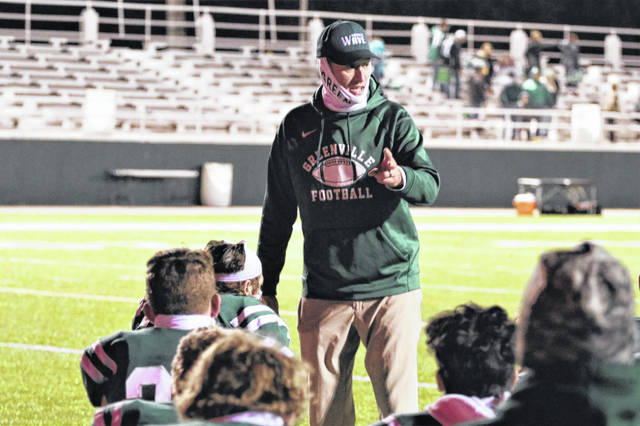