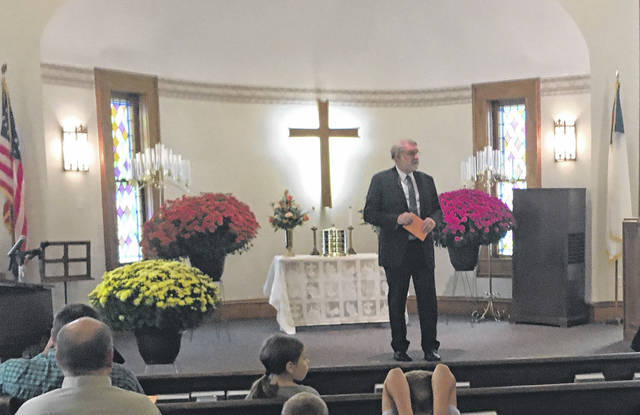 BEAMSVILLE — The world was a fascinating place in 1986.

The Intel 386 microprocessor was barely “out of the box,” email was considered “bold new technology,” the Oprah Winfrey Show premiered nationally, the space shuttle Challenger disintegrated soon after its launch, Chernobyl’s nuclear power station exploded, Halley’s comet revisited the earth, and Michael Landon’s Highway to Heaven was one of the most popular shows on television.

It was also the year that Pastor Steve Short, and his wife, Marie, moved into Darke County to minister the gospel at Beamsville Christian Church, a non-denominational Christian congregation. Now, after 34 years of dedicated service, Pastor Short is retiring from his position, and will preach his final regular Sunday sermon this Sunday, Oct. 25, 2020.

Born in Palestine and educated in Phillipsburg, Short met his wife, Marie (who is originally from New Jersey) on a blind date in 1975. “We had Maid Rite for supper that evening,” said Short, “and that’s about as ‘Darke County’ as you can get!”

Married a year afterward, in 1976, Short resumed his life in farming and as a tool and die maker, providing for his family; however, after both he and Marie gave their hearts to the Lord in 1981, Short believed that God was calling him “away from the plough” and into the ministry.

“It was undeniable.” Short said, “We both just knew that God had intended us for the ministry.”

After much prayer, Short began his pastoral training and Bible studies through the Moody Bible Institute in Chicago, Ill., and Huntington College in Huntington, Ind. As he was completing his studies in the summer of 1986, Short received an invitation to preach a message to a nearby congregation in Beamsville.

“I was asked to ‘fill in’ for the pastor who was retiring, and preach a ‘trial sermon’ for the congregation,” explained Short. “After that Sunday, in August, I became the Interim Pastor. Then, in May 1987, I was asked to be the full-time pastor of Beamsville Christian Church, and I have been here for 34 years.”

Reflecting upon his time as pastor of Beamsville Christian Church, Short recalls the many area families he has taught and discipled over the span of three decades. “Watching people get saved, watching them grow and then go into the ministry themselves is remarkable. Many members have gone on to become pastors, missionaries and teachers themselves.” remarked Short. “Seeing people grow in the Lord and remain faithful, here, at the church. The faithfulness of the people glorifies God just as much.”

One main theme preached by Short since the beginning of 2020 has been the hope of Christ in all circumstances. Natural disasters, flooding, storms, diseases, or disappointments may come, but, according to Short, there is always hope. “It’s always an opportunity to share the gospel, the hope of Christ, because God works and moves in all those circumstances. Like Psalm 46:10 says, ‘He’s alive and working. Our hope is in Christ, not in the circumstances around us.’” On Sunday, Short will continue this theme with his final message entitled, “Jesus, the Eternal King.”

Although retiring from the pulpit, Short is far from retiring in service to the Lord’s work. As the area coordinator for the Association of Certified Biblical Counselors in Darke County and beyond, he plans to continue teaching the two, 13-week class sessions for those who wish to become certified Biblical Counselors. Beamsville Christian Church is designated as one of the 60 certified national training centers which provide this instruction. “Pastors, teachers, and lay people come from all five counties surrounding the church to go through this training,” said Short.

When asked what he hopes to do in his free time, Short reiterated his desire to continue learning about the Bible, and highlighted two Scriptures which inspire faithfulness on life’s journey: ‘Wherefore God exalted him to the highest place and gave him the name that is above every name…’ (Philippians 2:9) and ‘Do not merely listen to the word, and so deceive yourselves. Do what it says.’ (James 1:22).

“Marie and I told God that we’d go anywhere in the world,” said Short, “And He sent us 25 miles to Beamsville for the next 34 years!”

To send Pastor Steve and Marie Short a card, or to learn more about counseling classes and the church, contact Beamsville Christian Church, 6088 Beamsville-Union City Road, Greenville, OH 45331, or visit them online at www.beamsvillechurch.com 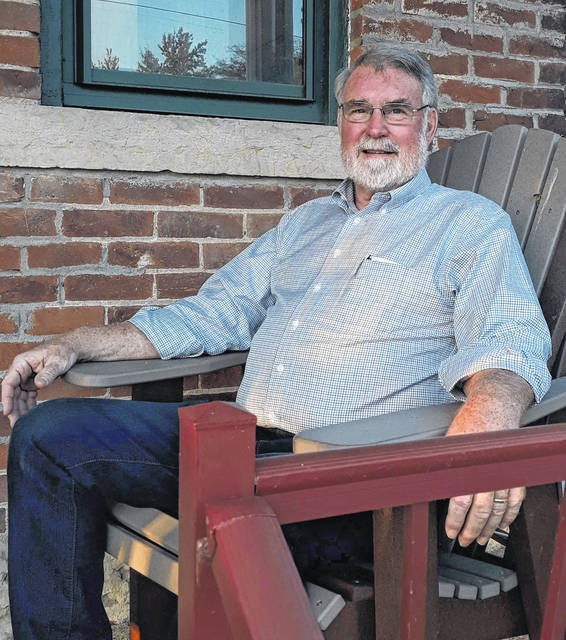 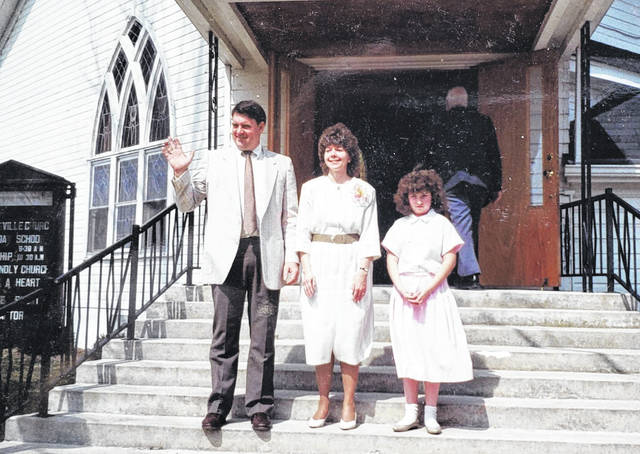 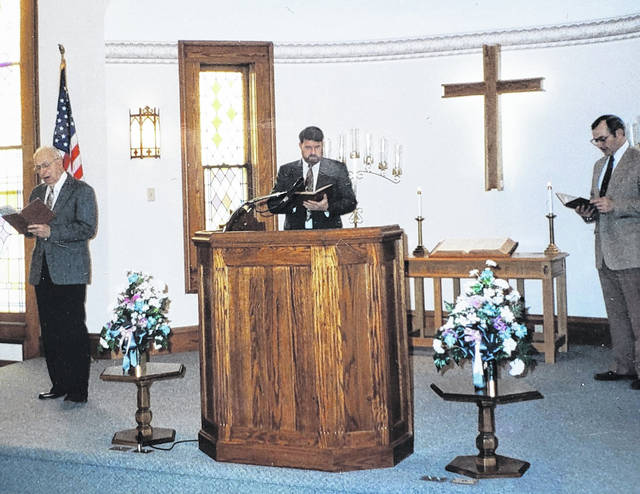