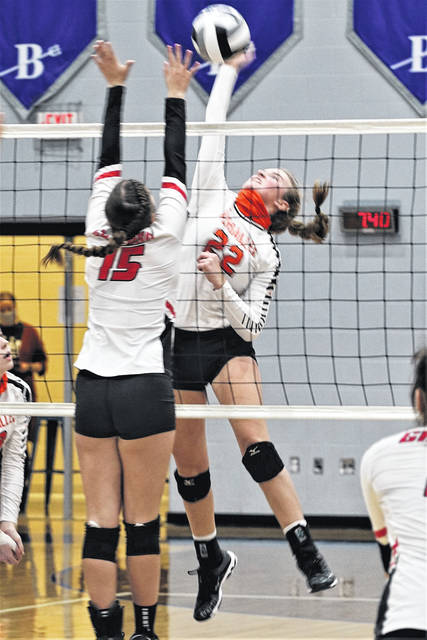 BROOKVILLE – The No. 3 seed Versailles Lady Tigers used its entire team with Coach Kenzie Bruggeman going deep into her bench nearly the entire night in the team’s 3-0 OHSAA DIII volleyball tournament win over the No. 18 seed Greenon Lady Knights.

“It is just fun to be in this enviroment,” said Versailles coach, Kenzie Bruggeman. “Brookville feels like a second home to us but we have so many new girls. This is their first time being here so just to have that tournament feel and to come out with a strong win is awesome.”

Versailles waisted little time moving on in tournament play with Brynn Briscoe at the line serving 8 unanswered Lady Tigers points on the way to a 20-2 frist set lead and go up 1-0 with a 25-3 game 1 win.

“She is one of our most consistent servers,” Bruggeman said of her sophomore server. “That is why we start with her in that rotation and just to have such a big confidence piece to start off and be able to rattle off points like that.”

Game No. 2 had the Lady Tigers taking an 11-3 lead bringing a timeout from the Lady Knights bench. Versailes continued to add points stretching its lead to 16-3 on its way to an ealy 25-8 second set win.

“The biggest thing in tournament is what we preach to the girls – that we are worried about our side,” Bruggeman noted. “The other side will be what it will be, but our mindset’s more important – what we do on our side is more important so that’s what we focus on.”

The Lady Tigers handily won the third and final set of the night with the younger players earning valuable tournament experience in the 25-12 victory.

“It is good to get a couple of those girls in,” Bruggeman stated. “Lets make sure they’re doing the little things because they’re in practice too. Its just as important for them to get into a game and execute those things that we are working on. Its fun to see them go in and be successful.”

With the Wednesday night win, Versailles advances in tournament play to take on the No. 15 seed Dayton Meadowdale Lady Lions, Saturday, October 24 at Brookville High School with a 2:30 p.m. start time. 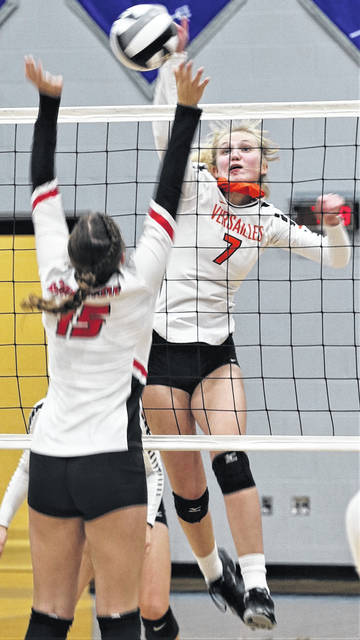 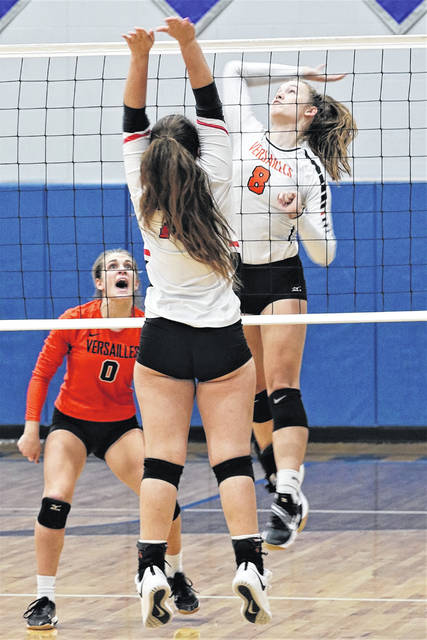 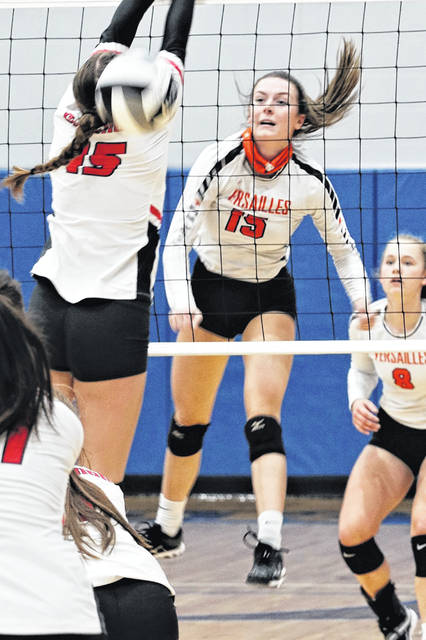 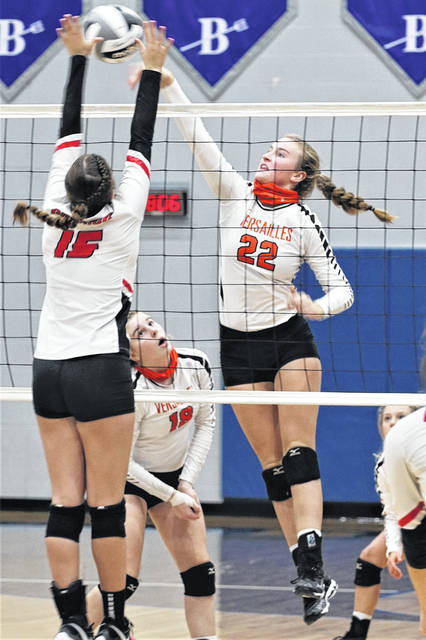