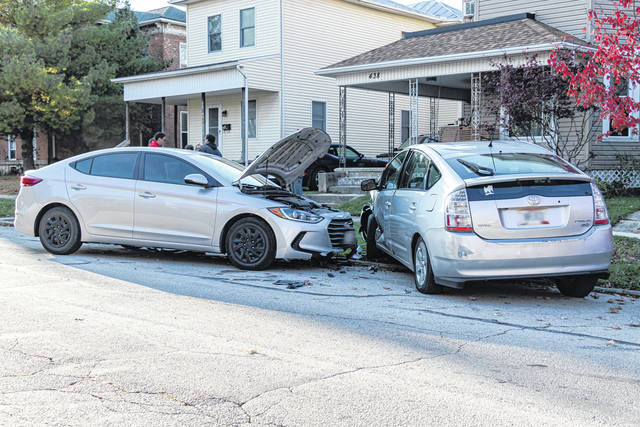 GREENVILLE — Two bystanders were injured Saturday after a teen driver lost control of her vehicle and struck an unoccupied parked car.

According to the Greenville Police Department, a silver Hyundai Elantra was traveling eastbound on the 400 block of East Fourth Street when the teen driver, operating under a learner’s permit, lost control of the vehicle, crossed left of center and struck an unoccupied silver Toyota Prius parked alongside the curb. The Toyota was pushed up over the curbside into the front yard of a private residence striking two bystanders.