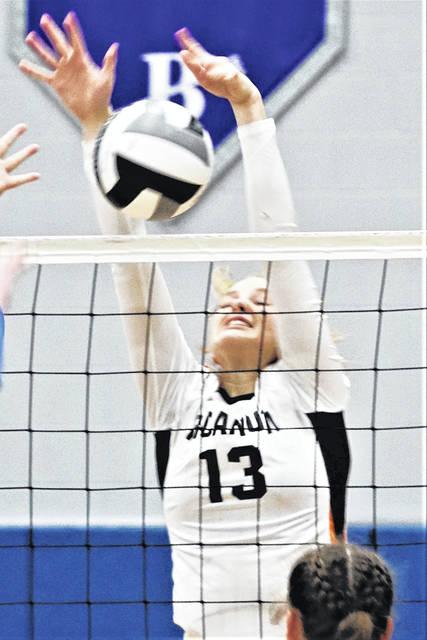 “I was very proud of my team tonight,” said Arcanum coach, Macey O’Dell. “They came out ready to play, they came out firing, they were very energetic all night. That’s what we talked about all week.”

The Lady Trojans took an early 5-1 first set lead before the Lady Rams rebounded to knot the score at 16-16 bringing a timeout from the Arcanum bench.

Set No. 3 had the Lady Trojans opening with a 9-2 advantage only to have the Lady Rams battle back and even the score at 19-19 with Arcanum going to the bench for a timeout.

A final tie at 20-20 was the best Fairlawn had with Taylor Gray going to the Arcanum serving line to give the Lady Trojans a 25-23 win and advance in tournament play.

“I thought the team did a great job of staying positive tonight,” O’Dell said following the match. “Everybody was working hard.”

Taylor Gray had a big night with huge kills at both end of the net while Ellie Fout was setting the table and blocking and Mollie Ericksen was playing a stong back row for the Lady Trojans bringing praise from Coach O’Dell.

“Taylor (junior) is a very good, smart hitter,” noted O’Dell. “We look to her a lot for multiple kills – she really came through tonight.”

“Ellie (junior) sets the table,” Coach O’Dell said. “She gets a lot of blocks up – she is a very great player.”

“Mollie (sophomore) is all over the place – she doesn’t let anything hit the ground,” stated O’Dell. “She is very quick and works her tail off back there for us.” 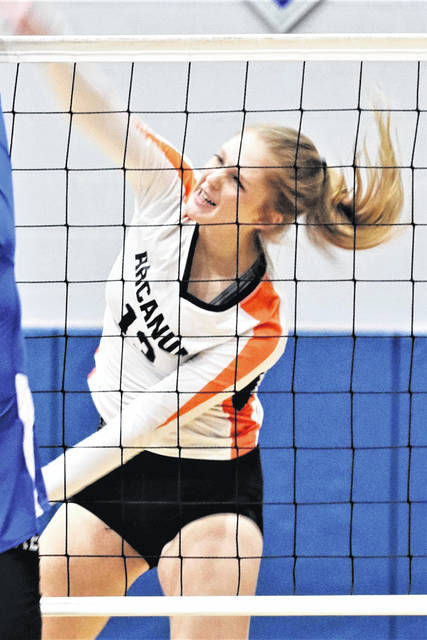 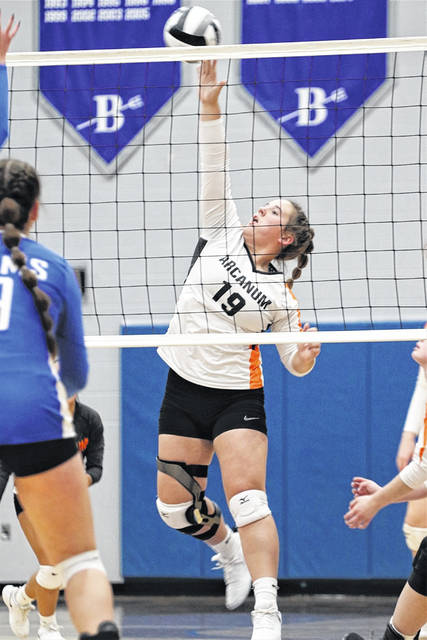 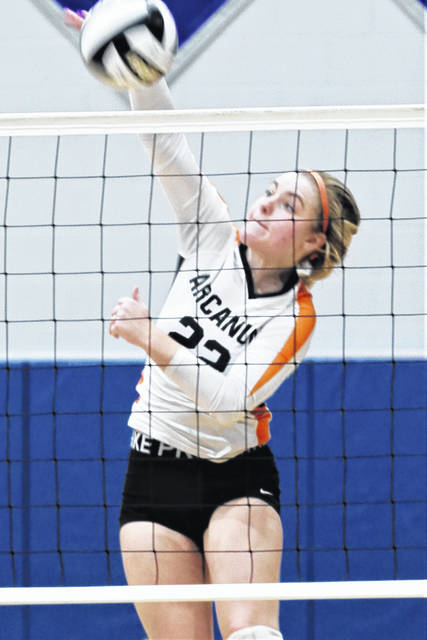 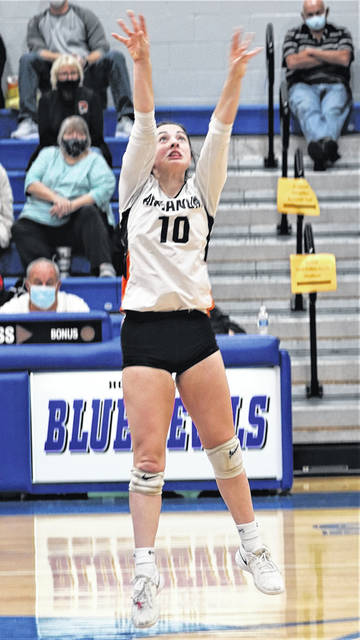 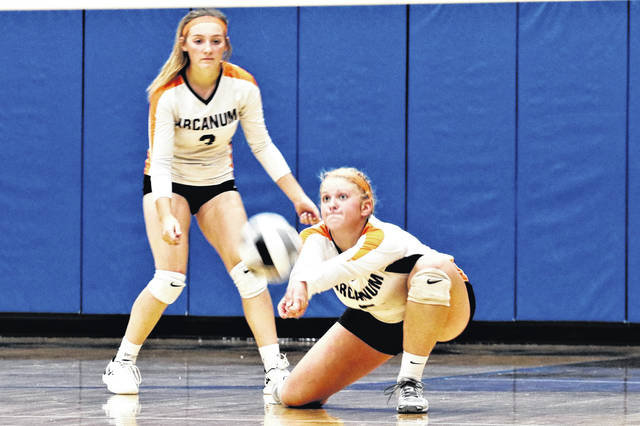