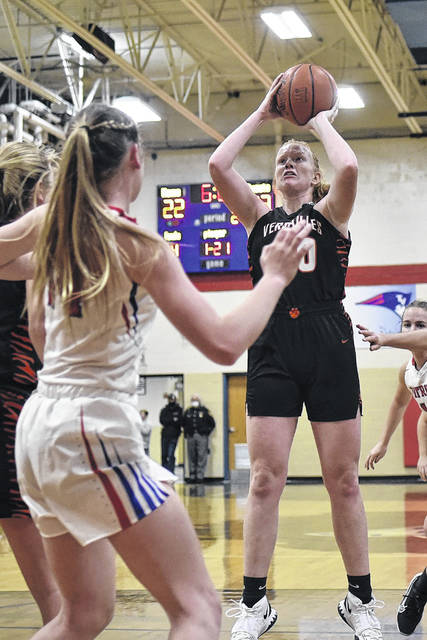 NEW MADISON –The Lady Patriots opened the 2020-21 basketball season by hosting Versailles. They broke open a tight game with a 30 point outburst in the second quarter to take a 46-24 halftime lead. They would go on to win the game 80-42.

Sophomores Rylee Sagester scored 8 points and Morgan Hunt 6 in the opening frame to give the PATS a 16-10 lead … but a last second half-court shot by Kate Griesdorn gave the visitors new life closing the first quarter trailing 16-13.

“They (Versailles) came out with a championship effort and that is what we expect from Versailles. I thought they hung with us in the first quarter and battled us all game long, it was just a great effort from them,” Tri-Village coach Brad Gray stated.

The Patriots got hot in the 2nd quarter and put some distance between the Tigers and it was the play of sophomore Torie Richards that propelled TV scoring 12 points in the frame to build a 46-24 advantage at the break.

“A lot of people don’t know about Tori Richards and we’ve known all along that she was an ace in the hole for us. She led our JV team in scoring last year, a team that went 21-0. We knew she would do a lot of great things for us in the future and showed that in the 2nd quarter. I loved the way she played tonight, what an awesome game for her,” Gray praised.

“They hit lots of shots in the first half, they were on fire so we have to take advantage of every offensive opportunity, but we turned the ball over and the next thing you know we are down by 20 points,” Versailles girls basketball coach Tracy White said.

TV won the third quarter 16-10 as the Tigers tried to stay competitive but the Patriots would add to their lead in the final stanza on the way to an 80-42 non-conference win.

Versailles was led by Hannah Dirksen with 10 points on the night.

“Hannah got a couple good looks and knocked down some shots for us. We’re not comfortable yet moving the ball … but at times we showed we are capable of doing that and when we did they got her the ball,” White said after the game.

Versailles coach White saw some positives despite the loss.

“Our girls mentioned in the locker room we put up a lot of points against a good team and that’s true … but we also gave up a lot points so we have some work to do on both ends of the floor,” White stated.

“I think we learned a lot and grew a lot tonight. They (Tri-Village) are a hard team to open up withand we competed well in the first quarter and half … but really struggled when they started throwing on traps and that is something we have to work on, being able to make adjustments during the game,” White concluded.

After the game coach Gray was pleased with the way his team played defense.

“We did a great job tonight changing up defenses and our kids were paying attention to the details as we changed it up about every 3 or 4 possessions and theystayed locked in,” Gray praised.

“It’s just great to be able to come out and play. We are grateful for this opportunity, I’m just so happy for them to be out on the floor.Our message is don’t take any of game for granted, it literally could be the last game of the year, we just don’t know, which is why when we step on the court we want to make sure we are playing to our maximum ability,” Gray concluded.

The Lady Patriots will have to play to their maximum ability come Tuesday night as they travel to Arcanum to take on a team many expect to win the Cross County Conference this year. The Trojans opened the season with a 53-44 win over Fort Recovery and will be ready for a key early season game. 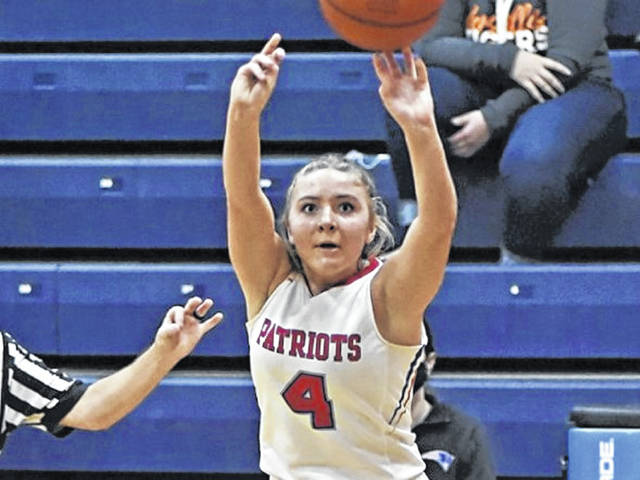 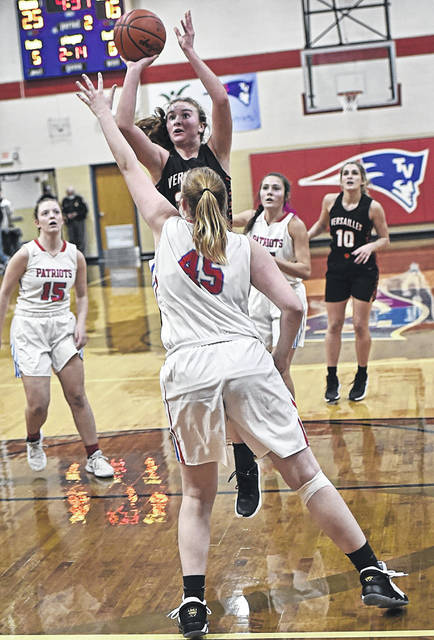 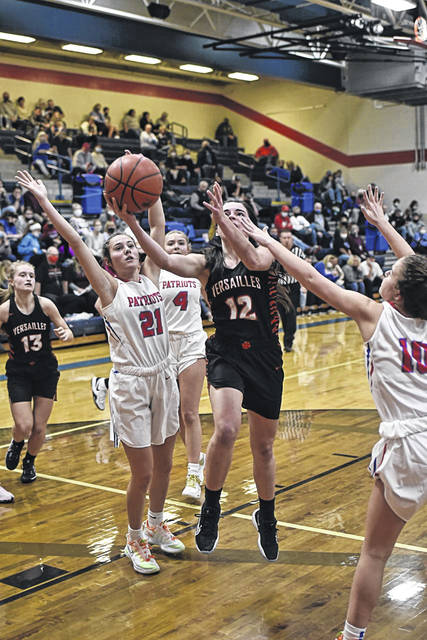 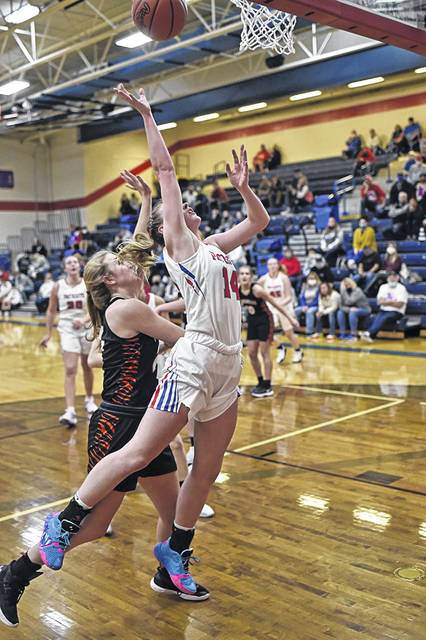 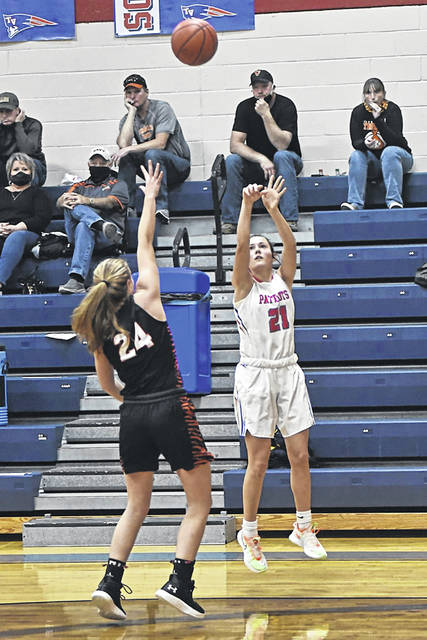