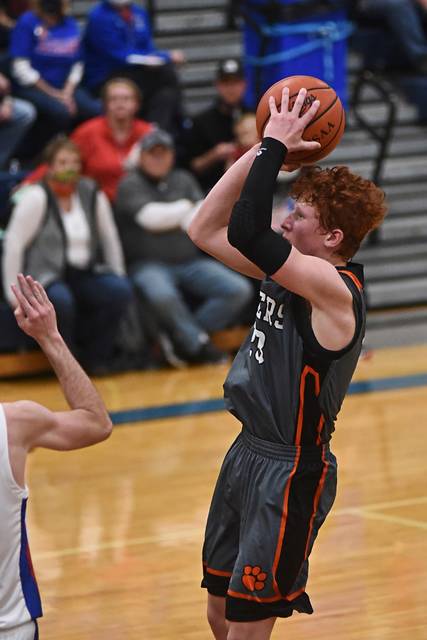 NEW MADISON – The Tri-Village boys basketball team gave up 14 points to Ansonia in the opening quarter before they turned into the Grinch with stingy defense giving up just 22 points the remainder of game to post a 60-34 win over the Tigers.

Tri-Village opened the game on a 9-0 run before the Tigers clawed back on two straight triples at 4:05 down 9-6. Then connected on two more treys keeping pace with the Patriots trailing 18-14 at the end of the 1st quarter.

Ansonia freshman Garrett Stammen and sophomore Ian Schmittmeyer each connected on two-triples in the period.

“Ansonia did a good job of making open shots, they made 4 three-pointers in the first quarter so give them credit for making shots,” TV coach Josh Sagester said.

In the 2nd quarter TV defended the long-range shot better as the Tigers scored just 7 points and none from distance, increasing their lead by two at the half 27-21.

“We didn’t play great in the first half, I think we were something like 4-for-14 at the line and missed several layups in transition,” Sagester stated.

In the 3rd quarter Tri-Village went to a zone trap that started to pay dividends by creating some turnovers and taking the Tigers out of their offense. In turn the Patriots got buckets in the open floor with Layne Sarver scoring 8 points and Dalton Delong 7 and only giving up 7 to take a 46-28 lead.

“Our defensive effort really picked up when we went into our zone press creating some easier baskets for us as we were struggling a little bit offensively,” Sagester stated.

The PATS extended their zone trap to full-court keeping the Tigers from getting into a flow … but Reece Stammen tried to attack it on multiple drives that wasgood enough for a game high 10 points to lead Ansonia on the night.

Tri-Village saw multiple guys playing with 8 scoring in the game as they went on to a 60-36 Cross County Conference win over Ansonia.

“We are playing some guys who don’t have a ton of varsity experience when it comes to being countable and having a very high expectation level. I thought our guys settled down after the first quarter and were able to get some things going, obviously Layne Sarver was able to make some shots that kind of got us going,” Sagester praised.

“We got a lot of contributions tonight across the board when you look at the score-book and that’s a big positive,” Sagester concluded. 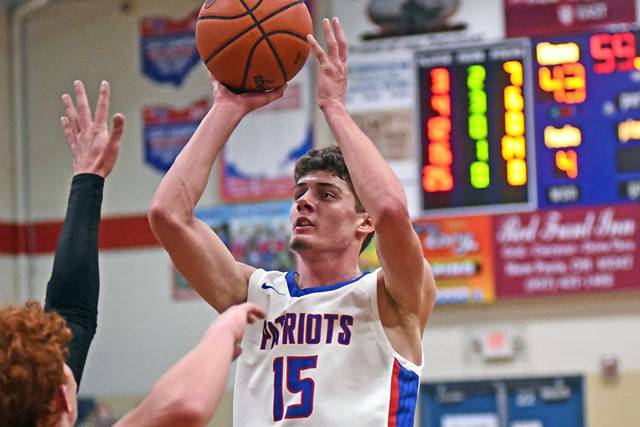 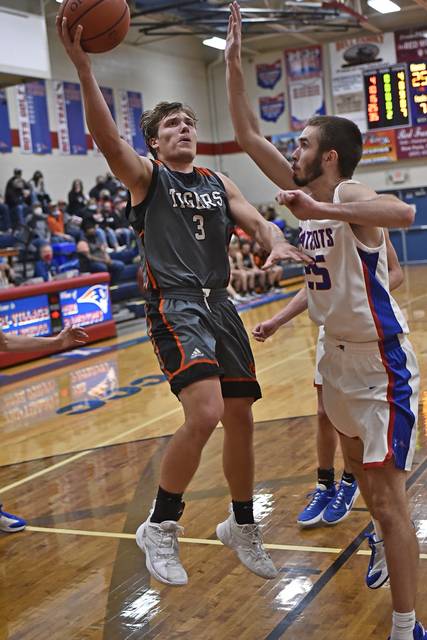 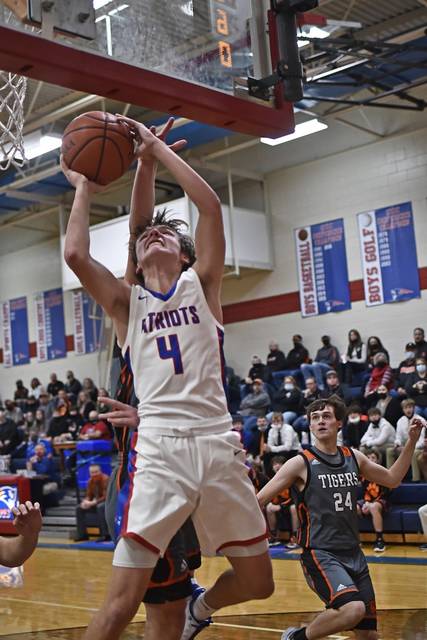 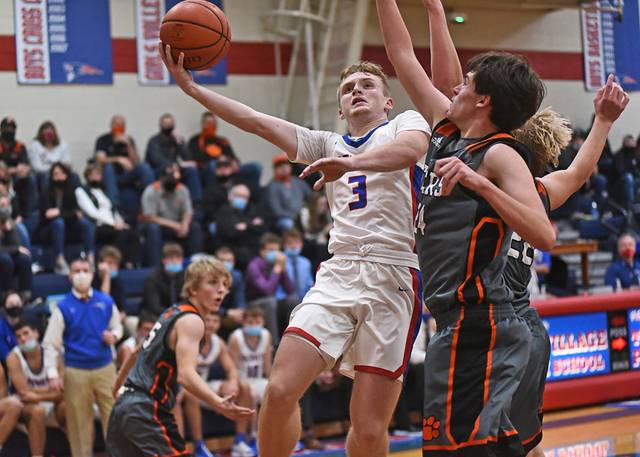 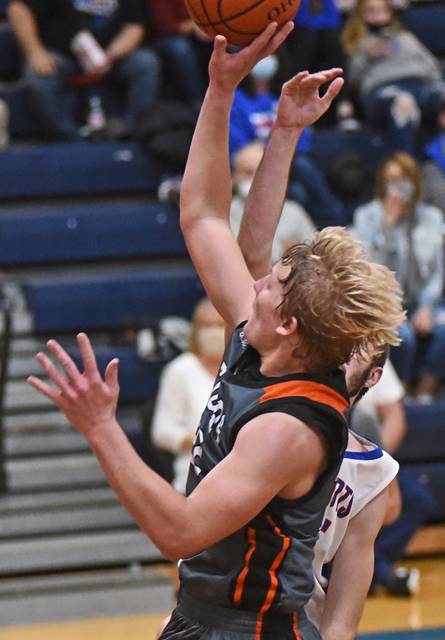