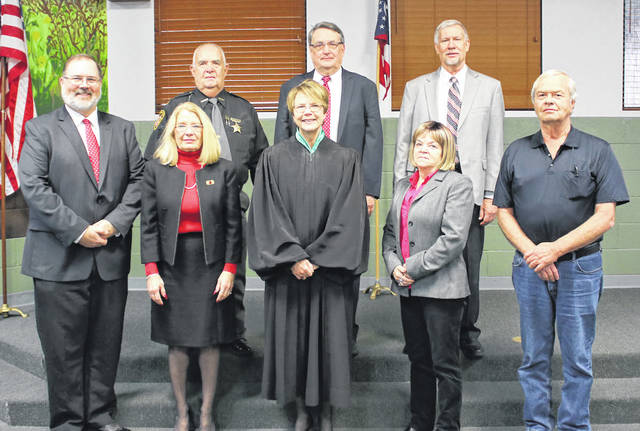 Kennedy recently won reelection to her second full term this past November, having served on the court since 2012. This event marks the first time an Ohio Supreme Court Justice has visited Darke County to administrate oaths of office.

Newly elected County Commissioner Larry Holmes was not present at the event, having opted to be sworn in by Darke County Common Pleas Judge Jonathan P. Hein two days prior.

The event was properly social distanced and COVID-19 precautions were in place. Each elected official took turns approaching the stand to take their oath of office.