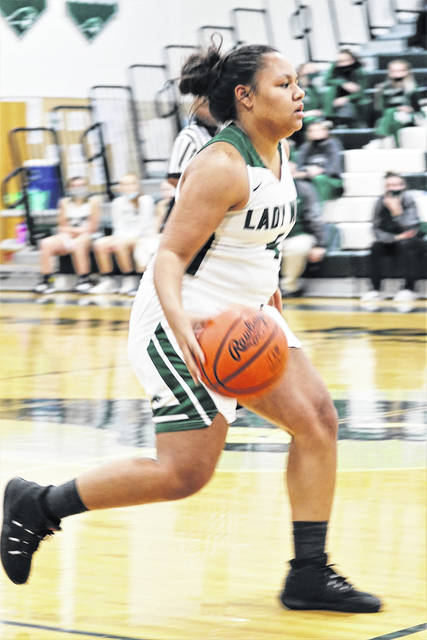 GREENVILLE – The Lady Wave cannot catch a break in the 2020-2021 COVID basketball season as the program has not been able to put an entire team to date on the court.

“I said my one Christmas wish was to have a whole healthy team,” said Greenville coach, Rachael Kerns, “and we are still working on it.”

Wednesday night was no different with just seven varsity players in uniform when the Sidney Yellow Jackets came to town for a MVL matchup.

The visitor’s pressure held the Lady Wave to three second quarter points while putting 14 points on the board to take a 38-8 lead at the break.

Sidney took the third period 17-6 before going to the fourth quarter bench with the Lady Wave taking the final quarter of play 7-2 for a 57-21 Lady Jackets win.

Not one to make excuses or dodge questioning, Coach Kerns took time to answer a few difficult questions concerning the 2020-2021 season.

“Our athletic department is doing everything they can to makes sure that is happening,” Kerns said of Greenville teams competing. “There are a lot of different things in place, different protocols we have to follow.”

“It’s like a double edge sword mentally and emotionally. It’s a great thing physically that they get to play but on the other side of that I also think it’s hard because it’s not the same – it’s not normal.”

“Overall, obviously getting to play is the best thing for us, but mentally there has just been so many other hurdles to have happen. Some we got over and some we’re still in the process of figuring how to get over.”

The Lady Wave varsity basketball team has yet to field a complete team during the 2020-2021 season.

“We played with seven bodies tonight and it’s hard – but on the flip side of that we have girls that are playing and getting experience right now that maybe wouldn’t. Come later on, come tournament time hopefully it will benefit or payoff with some of those girls having the experience.”

“Our biggest issues that we’ve had – we just don’t get to practice very much,” Coach Kerns stated. “We just come off a break (Christmas and New Years) and we went Wednesday. We had one practice and played Saturday and played Monday so we don’t get to prepare much for our teams.”

“That’s hard. I’m really excited because we don’t play until next Wednesday. I am really anxious to see what kind of team we can put together when we have time to prepare for who we are going to play. The negative side of that is; after that we play seven games in 14 days so it’s really hard to get better from game to game when you don’t get the time to practice. Unfortunately that is the way the schedule is set up. Practice is going to be something far and few between.”

Naming a game time starting lineup has been a challenge for Coach Kerns and her coaching staff.

“We have had a couple times where it has been the day of where girls have gotten sent home or put in quarantine for a student at school or for whatever various reasons and again mentally that takes a toll on a team. Our girls know we’re not full strength right now and that is hard but we also have to figure out a way to adapt and grow when something doesn’t go our way. We’re at a standstill right now – we have to figure out how to move forward from here.”

“The girls are playing really hard and we don’t have very many people to sub in. So now we are already playing tired and we’re playing shorthanded. It’s not a very good combination and it’s not a winning combination.”

“I tell them all the time there is a lot of adversity in life. You’re going to get lots of punches thrown your way and we have to learn how to adapt. In some areas we are doing ok and some girls are stepping up – it’s just a part of life.” 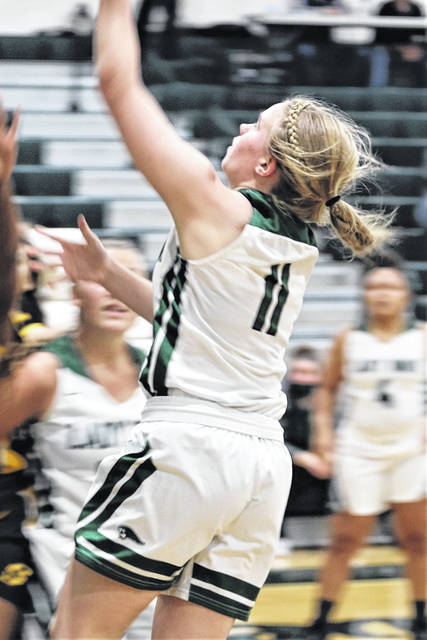 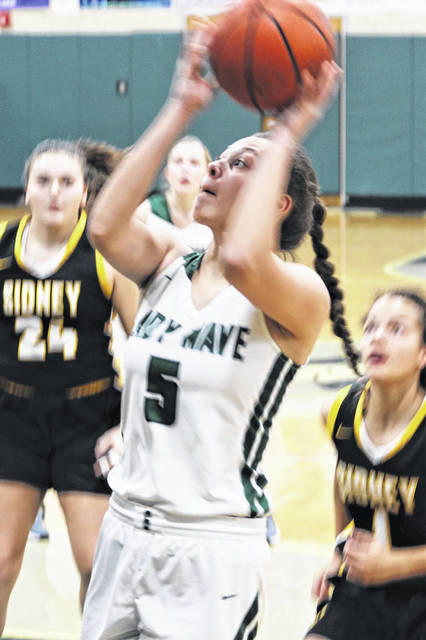 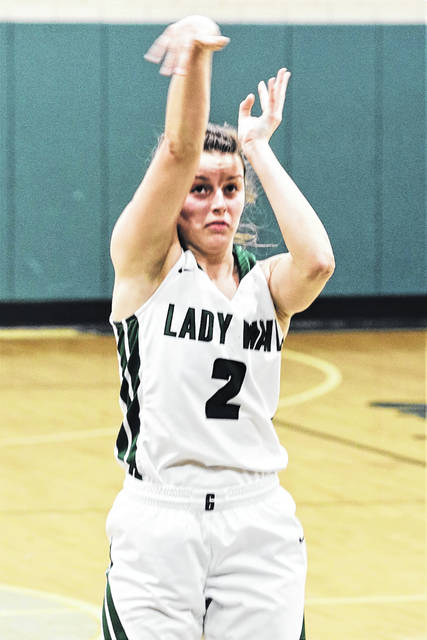 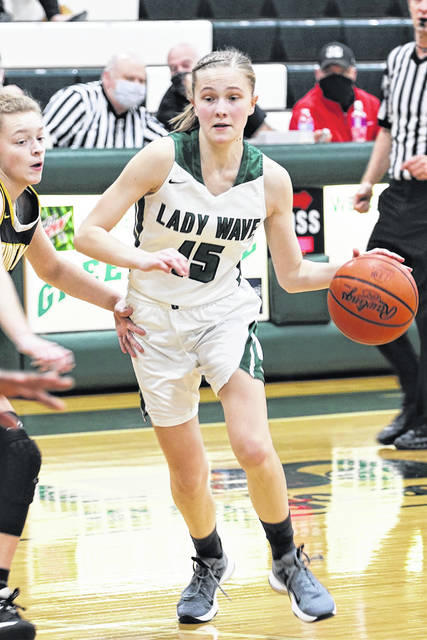 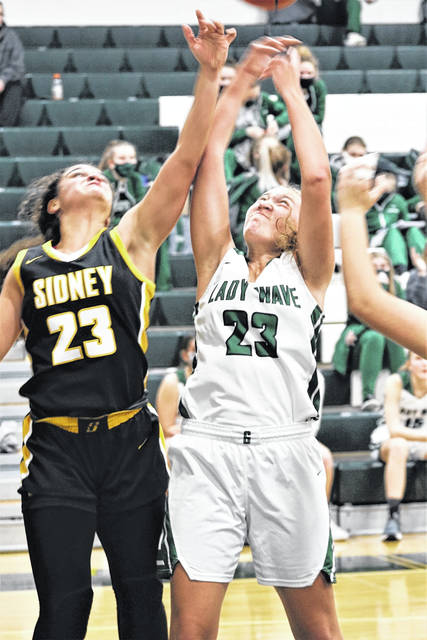