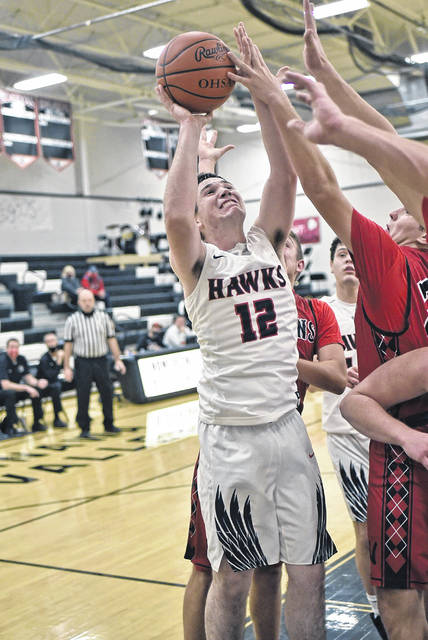 UNION CITY – Mississinawa Valley competed well in the early part of their game with Newton trailing 14-12 after one quarter, but Newton made 8 triples and just out-played them after that, spoiling senior night with a 66-41 win.

Indian’s sophomore Harold Oburn came out firing connecting on two triples and 8 points to jump-start Newton to a 10-2 lead but the Hawks settled down began executing their offense spreading the scoring all around with 5 different guys scoring including senior Leevi Ward with 4 points late to close the gap to 14-12 at the end of the first quarter.

In the second quarter Troy Woodbury connected on back-to-back triples giving the home team the lead for the first time 18-17 prompting a Newton time-out.

Then the wheels fell off the cart, the Hawks went cold and Newton rattled off 13 straight points to go up 30-18 before senior Wyatt Feltner scored at the rim to break the run but they would trail 34-20 at the half.

Mississinawa Valley was unable to mount any type of come-back effort with the large deficit as Newton went on to claim the 66-41 Cross County Conference win.

Harold Oburn led all scorers on the night with 23 points and Quinten Smith had 21 for Newton, who improved to 3-8 overall and 2-4 in the conference.

Trey Godfrey had 10 points and Leevi Ward 8 to pace the MV.

It wasn’t the kind of night seniors Wyatt Feltner, Trey Godfrey, Leevi Ward or Zach Connor hoped for as the Blackhawks fell to 2-8 and 1-4 on the year. 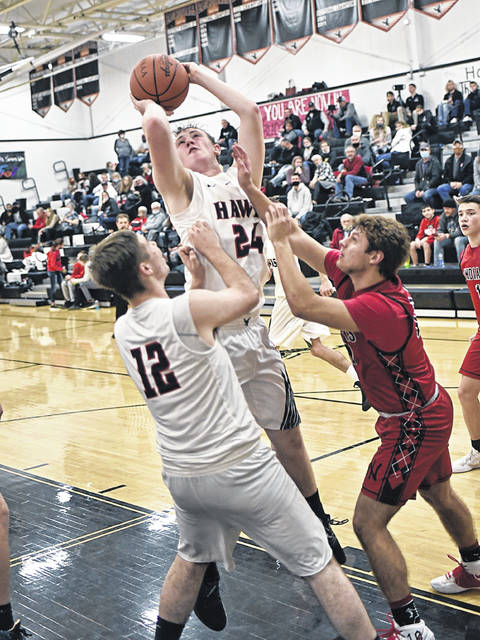 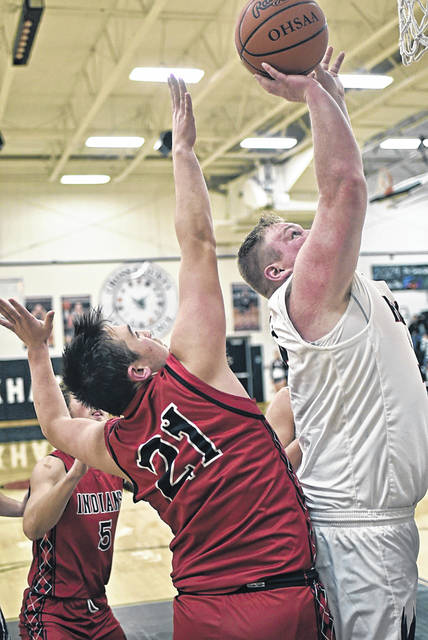 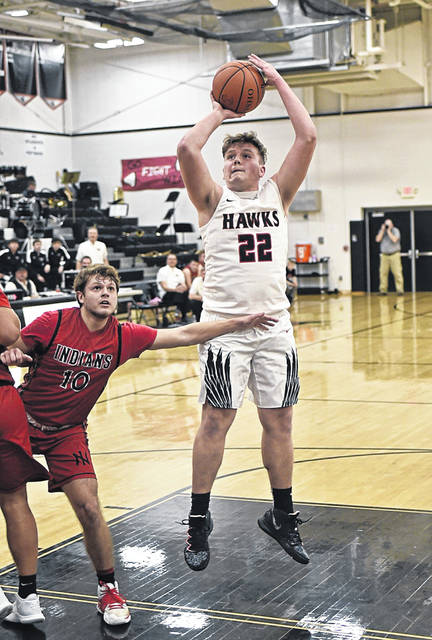