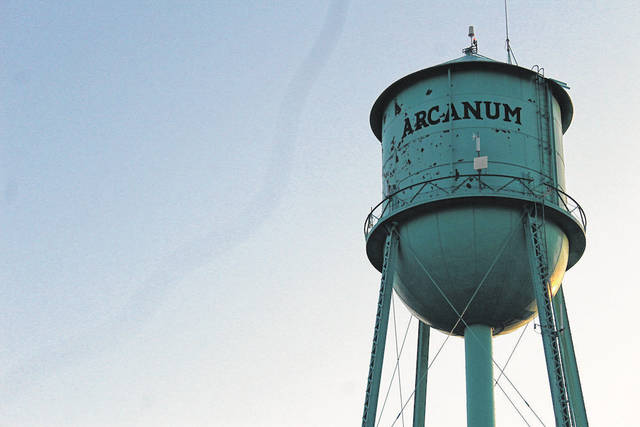 Mayor Bonnie Millard began the meeting by appointing Mary Stephens to the Board of Tax Review. Stephens is currently an administrative specialist for the local government in Arcanum.

Millard also commended the Arcanum administration and city council for increases in the general fund.

“The general fund has increased because of your diligence and fiscal responsibility,” said Millard. “Hopefully this year we can make it even better. Thank you, and I am very appreciative of all your hard work.”

Toni Stanley, village fiscal officer, presented the village’s income tax sheet and reported that it estimated approximately $20,000 under what the village actually received in income tax last year. She also noted that the village’s utility forgiveness COVID relief program had received four applicants. The village council then passed four separate motions to forgive utilities payments through the COVID relief fund. Stanley made it a point that all four applicants followed proper procedures and have been vetted before being authorized for the forgiveness payments.

Village Police Chief Marcus Ballinger reported that the police department recently switched over to a new program to log police reports and department records. He also noted that the department has made calls and sent out job notices to fill an officer vacancy in the village.

Ballinger requested a motion from council to apply for a COVID-19 related grant that would pay for medical and officer safety related equipment. With this grant, the purchasing of the equipment will be free of cost to the village. The village council passed a motion approving Ballinger to apply for the grant.

Ballinger concluded by noting the grant he previously applied for has been submitted back to the state for final approval. This grant will be used to purchase updated radio and camera systems.

Village Administrator Bill Kessler reported on the northwest drainage project. He noted that the village made repairs to a pipe that he believed was the cause of a significant infiltration and inflow, but after repairs, water levels rose and broke the pipe repairs. Kessler stated that the pipe must have been missed during the sewer separation project that was completed many years ago. The village is in the process of filling the broken pipe with 182 feet of concrete to ensure that the pipe will not flow into the sewer system. He stated that, in spite of these unforeseen developments, the project will still come in significantly under budget.

To conclude, council reviewed resolutions outlining current and future expenditures, and transferring funds. Resolution 2021-01 was adopted, which appoints Tyra Clark and Bruce Shank to the local board of tax review.