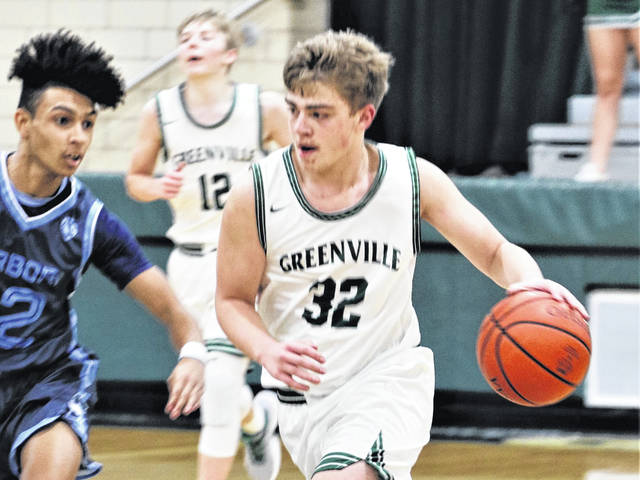 “It was a great to get the first win and hopefully many more to come after that one,” said Greenville JV coach Thorin Stage.

Fairborn used three first quarter 3-pointers and four 2 point baskets to earn an early double digit lead before settling on a 17-10 lead after one period of play. Haiden Livingston pace Greenville with 7 first quarter points including a 3-pointer and Jarrod DeMange added a trey.

“I was a little upset and I told the boys, listen, we’re not going to be able to turn the corner until you guys decide to do it,” Coach Stage said of the team’s slow start. “I can’t do it for you. I got onto them and told them when you start playing like we do in practice … they came out and gave me a total different energy and it went well.”

AJ Shaffer buried two second quarter 3-pointers to lead the Wave with 6 points with the team battling back to outscore the visitors 14-8 and trail 25-24 with the teams heading to the break.

“AJ Shaffer had a coming out tonight party and decided to rain down threes in the first half,” Stage noted. “God to see him finally get going.”

“Jarrod DeMange came out and played absolutely great from the tip to finish,” Coach Stage stated. “The last two games Ethan Massie he has been playing exceptionally well.”

The Greenville JV squad exploded for 19 third quarter points while holding the Skyhawks to 10 points giving the home team a 43-35 lead with three quarters in the book.

Livingston had the hot third quarter Green Wave hand knocking down two 3-pointers and four baskets good for 14 points. Drew added a trey and a bucket for 5 points.

“We know the way Haiden Livingston practices he is a good player,” said Stage. “He’s been struggling shooting the ball and he came out tonight lights out shooting.”

“Chace Drew, our big man down in the paint was doing his job and getting a hand on every rebound,” Stage concluded.

Livingston led Greenville and all scorers with a game high 24 points. 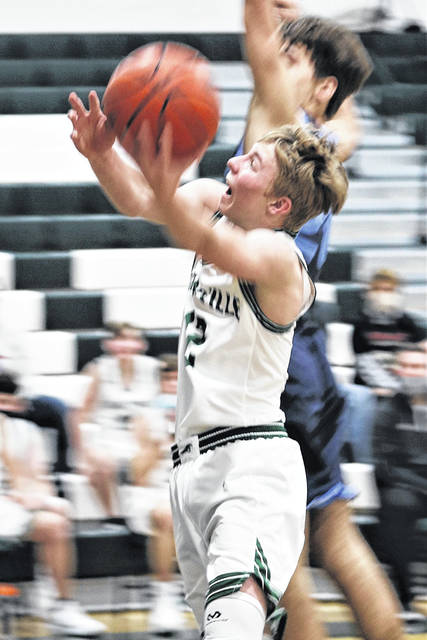 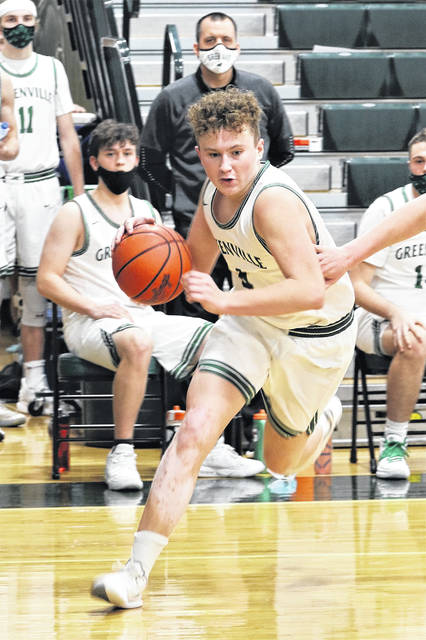 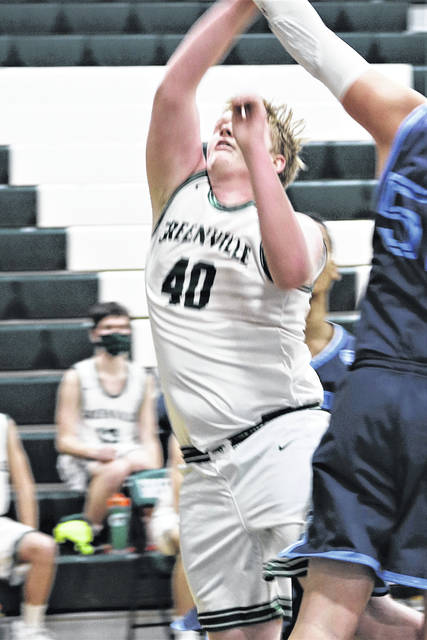