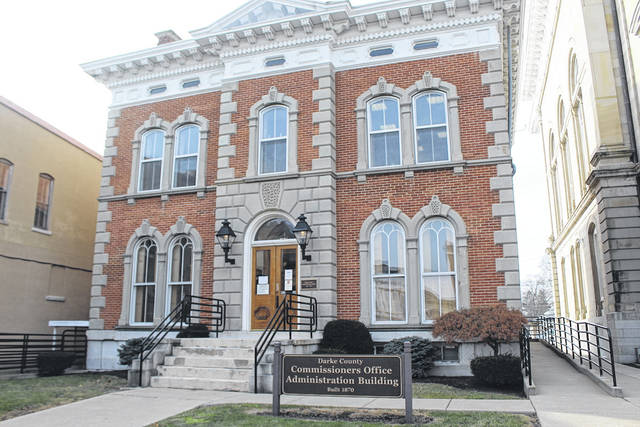 Next, the board reviewed statements of qualification from two separate companies for the terminal relocation project at the Darke County airport. On Dec. 4, 2020, the board posted a legal advertisement requesting firms submit qualifications to be considered for the project. Two firms, Crawford, Murphy & Tilly, and Richland Engineering LTD, submitted qualifications for the board to review.

Scott Naas, Darke County Airport Manager, explained that the terminal relocation project is just in its beginning stages, and is not an immediate concern, but it is something that needs to be dealt with in the next few years. Naas also noted the current airport terminal is in a position that is not a safety hazard, but it is in a location called the “runway protection zone,” and can be obstructive to the flight path of landing and departing aircraft. As a result, both Naas and the commissioners see it as necessary to get a jump on this process and make a final decision on a consulting firm.

At the meeting, the board selected Crawford, Murphy & Tilly to carry out the relocation project. Crawford, Murphy & Tilly has completed work on the airport in the past, so Naas and the board believed it would be best to stick with a company that is already familiar with the area. The motion to move forward with the project was approved, and it will be revisited in the future when it gets closer to the project’s start.

The board reviewed and approved the monthly inventory reports from Darke County Treasurer Scott Zumbrink. These reports are required by law and outline monetary inventory balances for the county and outline investments. This report was reviewed by the commissioners and submitted to the Darke County journal.

To conclude, the county reviewed and received four separate pay-ins for airport hangar rent. The four pay-ins were $4,282 in total.