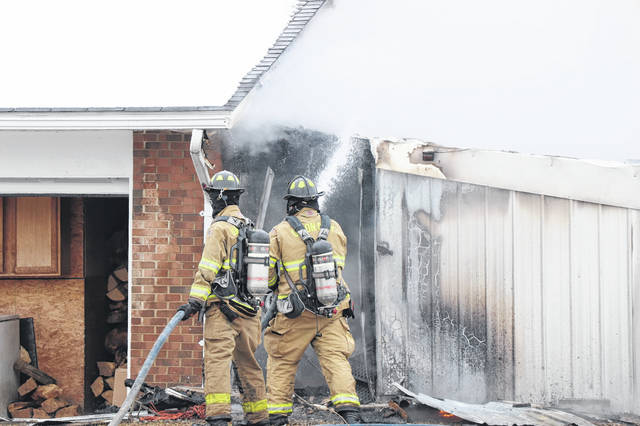 According to Captain Dusty Brunner, of the Union City, Ohio Fire Department, firefighters arrived on the scene to find a single-story brick ranch with smoke and flames showing from an exterior addition to the garage. The fire, which is believed to have started in an outdoor garbage bin, quickly spread to and throughout an exterior addition of the garage. Firefighters were able to bring the blaze under control preventing it from spreading to the interior portions of the structure and living space of the home.

The exterior addition of the garage, thought to have been used as a general storage area, as well as multiple items within were lost to the fire. No injuries were reported as a result of the fire.

This incident will remain under investigation by the Union City, Ohio Fire Department.