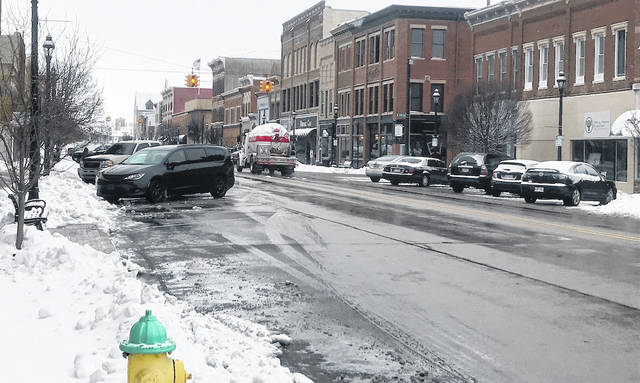 DARKE COUNTY — State, county and municipal road crews were busy over the weekend and well into Monday, clearing roads after Darke County saw its first significant snowfall of the 2021 winter season.

Snow turned into a rainy mix during the day Sunday. Temperatures dropped into the mid 20s overnight, with additional light snow, causing some refreeze on roads.

All public schools in Darke County canceled classes Monday, as did many other schools in the region. Greenville’s St. Mary’s Catholic School experienced a two-hour delay.

An additional 1-to-2 inches of snow was expected to fall during the day Monday. Temperatures were forecast to drop into the teens Monday night, with temps reaching back into the mid-20s on Tuesday. No further snowfall is expected until Thursday.