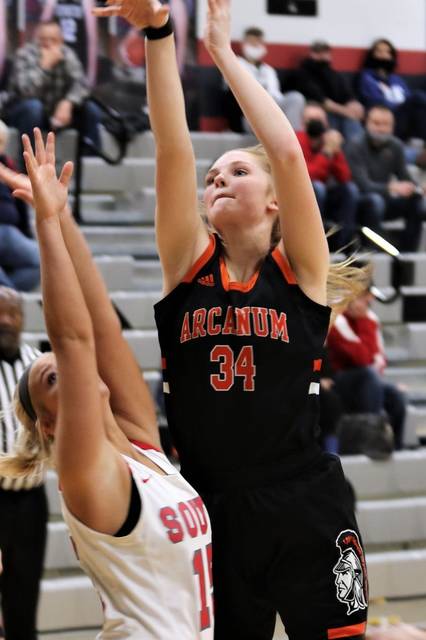 “It’s tournament time and girls are playing like they don’t want to lose,” said Arcanum coach Abbie Moore. “We have to be at our best every time we hit the floor.”

The Lady Trojans took the opening quarer by a 25-7 count led by nine Hailey Unger points including a 3-pointer, Madelyn Fearon tossing in 8-points including two treys, four Kaitlyn Toy points and 2-points each from Kylee Freeman and Taylor Gray.

Period No. 2 showcased Arcanum’s high powered offense as the team put 27-points in the book while holding the Lady Panthers to 7-points.

Unger paced the Lady Trojans with 10 second quarter points including two triples, Fearon added 7-points including a 3-pointer and 2-2 at the line, Gray accounted for 4-points and Ellie Fout and Toy each added a basket sending the teams to the break with Arcanum leading 52-11 putting the running clock in play for second half action.

Unger and Fearon led Arcanum with a combined 34 first half points including six Lady Trojans 3-pointers.

“It’s that bang-bang punch,” Coach Moore stated. “The scary thing is and what a lot of people don’t know is if they start taking those two away, they don’t realize what we have coming next.”

“I have complete confidence in my whole team to be that next girl up,” added Moore. “Fortunatley Hailey and Madelyn were able to get that tonight.”

Coach Moore ran a slower second half offense while including her bench in taking the third quarter 13-2 led by eight Fearon points giving the Arcanum girls a 65-13 advantage with one period to play.

“They don’t want it to be over,” Coach Moore said of the 2020-2021 season. “This team enjoys coming to practice every day. I make them work hard and sometimes I don’t know if they enjoy every aspect of it but I know they want to continue this journey and keep it going. It’s a tight group and having that, it kind of completes the puzzle. I think special things are going to happen with this team.”

Arcanum takes on the Indian Lake Lady Lakers; overtime winners over DIxie in an 8 p.m. Tuesday night second round tournament game at Covington.

“Indian Lake is going to have confidence and momentum coming in here,” said Moore. “We just have to come out and play our game.”

Fearon and Unger led Arcanum and all scorers with a game high 23-points each. 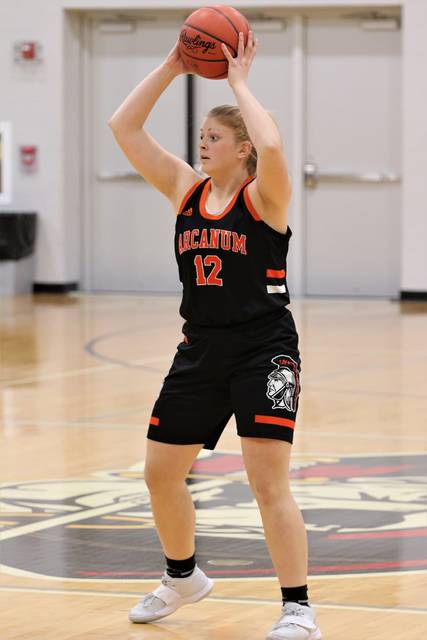 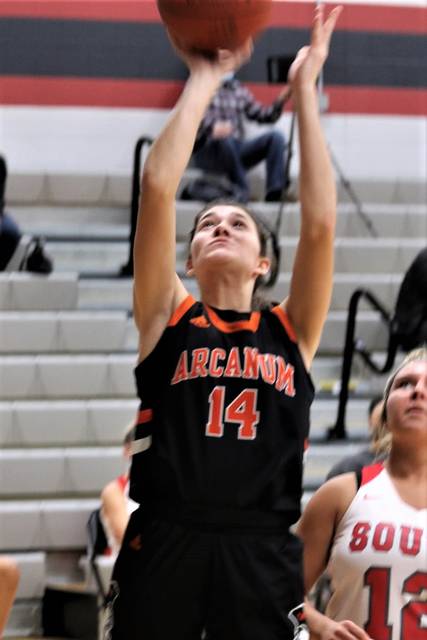 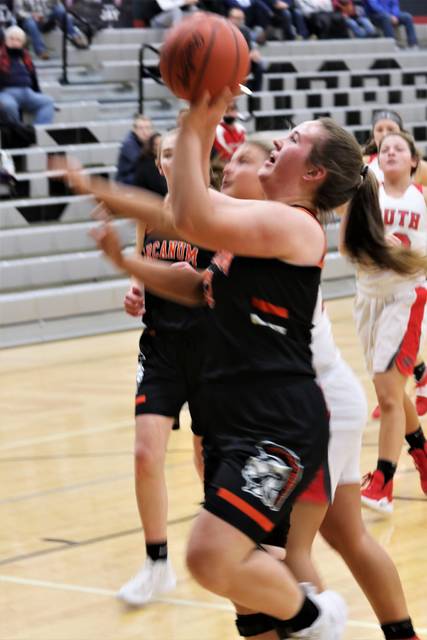 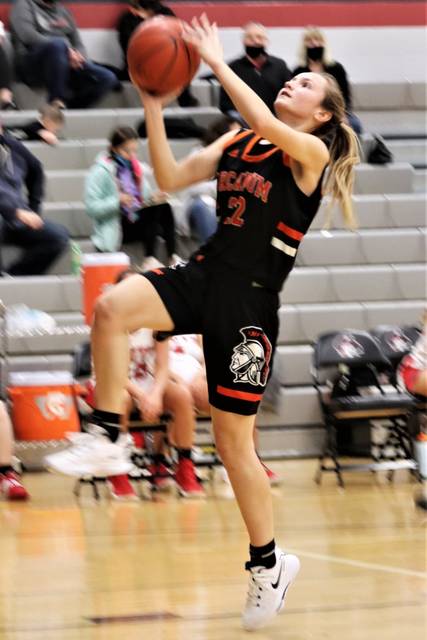 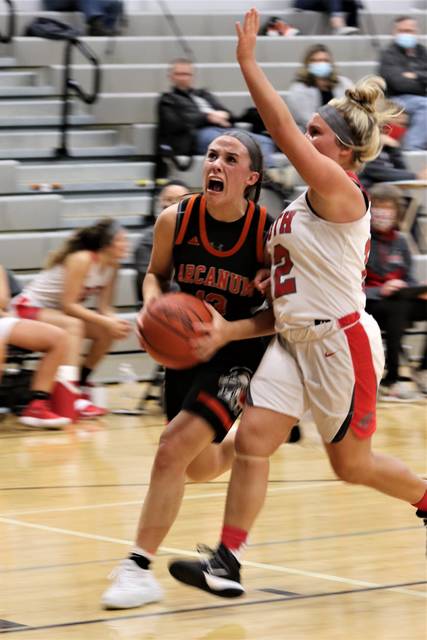 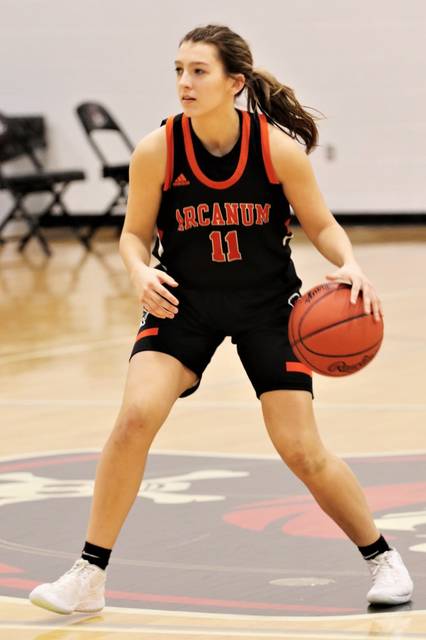