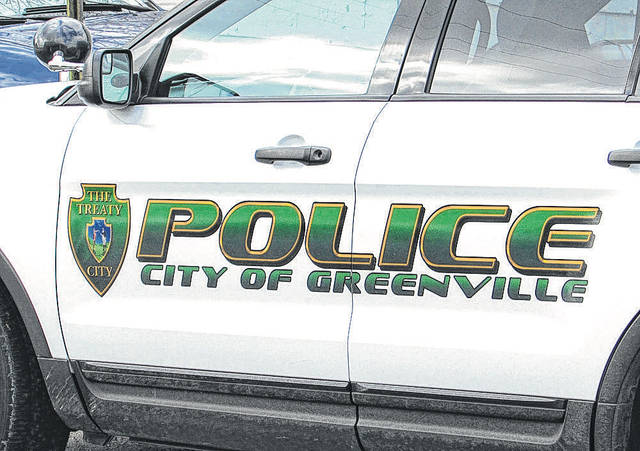 February 10, 12:27 a.m.: Police were dispatched to 200 block of Harrison Avenue in reference to a domestic complaint. Upon arrival, officers spoke with the victim who advised that her boyfriend had been threatening violence against her. She showed evidence of violent text messages and the male was detained for domestic violence threats. He was transported to the Darke County jail.

February 7, 8:19 a.m.: Police responded to a welfare check near the 300 block of Locus Street. In doing so, David Harrison was located and had a warrant for his arrest from Miami County for a probation violation on the original charge of unauthorized use of a motor vehicle. Miami County served papers for a court date and Harrison was not detained.

February 12, 2:31 a.m.: Chelsea Waldon was arrested on W. Fourth Street near Sweitzer Street on a warrant for failing to appear in court for a plea agreement on the original charge of theft. She was transported to the Darke Co. Jail with a bond of $1,025.

February 12, 4:29 a.m.: Aaron Hickey was arrested at Speedway, 201 Wagner Avenue, on a warrant for failing to appear in court on a charge citing failure to reinstate a driver’s license. Hickey was transported to the Darke Co. Jail where his bond was set at $525.

February 5, 10:50 p.m.: Police responded to the 300 block of Oxford Drive in reference to a burglary in progress. Upon arrival, officers were informed that the resident had recently been in an argument on social media. As a result, a number of people showed up to his apartment and were trying to break in. All five of the people attempting to break in left prior to officers’ arrival. The victim is working with police to identify the people trying to break in. Charges will be sent to the prosecutor upon completion of the review of the video and picture evidence.

February 11, 5:43 p.m.: Officers responded to Wayne HealthCare, 835 Sweitzer Street, in reference to a patient acting disorderly. Upon arrival, officers spoke with staff who advised that a patient, who was believed to be under the influence of drugs, was acting aggressive towards the nursing staff. After a minor incident, the patient calmed down and was taken to ICU for observations.

February 5, 5:17 p.m.: Police were dispatched to Walmart, 1501 Wagner Avenue, in reference to vandalism. Upon arrival, officers spoke with two Walmart employees who advised that, about a week prior, a male caused damage to store property after being denied a refund on damaged items. It was stated that the male slammed a door in the store and caused significant damage to the door hinges. Following this, the male sped through the parking lot and damaged a number of orange traffic cones. A report was taken of the incident.

February 7, 8:28 p.m.: Police responded to the 400 block of East Fourth Street in reference to a vandalism complaint. Officers spoke with the complainant who advised that his tires had been slashed while he was away from his vehicle. The victim told police he believes that he knows who did it, but there are no significant leads at this time.

February 5, 12:14 p.m.: Officers were dispatched to the 400 block of Wayne Avenue in reference to a trash complaint. Upon arrival, officers served the owner with a trash/dumping complaint notice and the owner, angrily, threw the notice on his front porch and closed the door. There will be a follow up to assure the trash is cleaned up.

February 6, 3:39 p.m.: Police responded to the Coffee Pot, 537 S. Broadway Street, in reference to found property. Officers were given a wallet that had been found near the front door of the store. Officers attempted to make contact with the owner but were unable. The wallet was placed in police property for safekeeping until it can be returned.