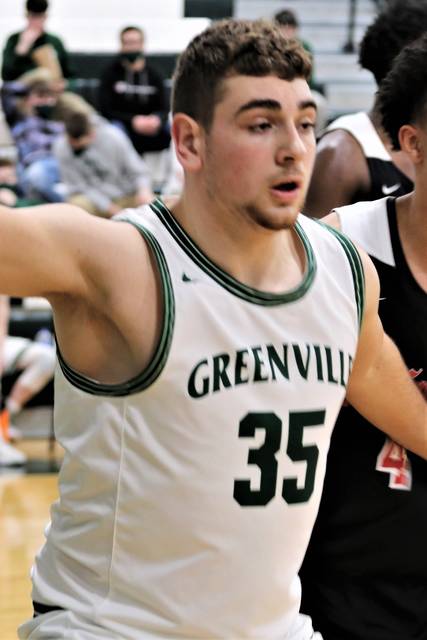 GREENVILE – The Green Wave battled back from an 18 point first half deficite to make a game of it in a 55-41 MVL loss to the visiting West Carrollton Pirates.

“They definitely have gotten better as the season has gone on,” Jones continued. “We have guys stepping up and scoring right now that didn’t score and rareley saw the floor towards the beginning of the season but did a great job of adjusting and outscoring them in the second half.”

The tall and aggressive Pirates took the opening period 16-3 as Greenville was unable to get shots to fall with the scoring problems carrying over to the second quarter with the visitors taking the period 12-7.

Greenville’s first half defense was solid as the Wave held the high powered Pirates offense to 28 first half points while the offense struggle to find the basket.

Greenville stepped up on the offensive end in third quarter play scoring 14 points while the defense continued to battle holding West Carrollton to a total of 10 points sending the game to the final period with Greenville trailing 38-24.

“Alex Baumgardner made some nice moves over a very good post defender in Walker,” said Jones. “Walker is leading the league in blocked shots and that really didn’t deter Alex from taking the ball at him, he did a nice job of attacking him

The two Miami Valley League teams played to a 17-17 standoff in period No. 4 giving the Pirates a 14 point win.

“We outscored them 31-27 in the second half,” noted Coach Jones. “We went to our press and we went back to a 3-2 zone and they had trouble figuring it out. The nice thing is; after they turned it over we either scored or we got to the free throw line so our kids did a good job of adjusting. That is something we have been working on.”

“We have four seniors that we are going to miss,” Jones said. “Cameron Fletcher, Reed Hanes, Jason Bunger and Heath Coomer. Four great kids that a lot of players going though a season like this would have just bagged it, pack it up and went home but these guys kept showing up everyday for practice.”

“They do everything that we ask them to do, keep a good attitiude and hold their teammates accountable. We’re going to miss those four guys and I told them I feel bad they aren’t going to be around next year to see us enjoy the fruits of our labor from this season and the offseason that we are going to have.”

“It’s a shame those guys don’t get to stick around for another year, but helping us lay the foundation for what we are building here – you have to have good senior leadership and those guys have done a great job,” added Jones.

Coach Jones was looked on the bright side of the team’s second half play following a low scoring first half.

“We have had several games this year where we have had a really good first half and then have been on the short end of the stick in the second half,” said Jones. “That puts a bitter taste in your mouth going into practice the next day or going into another game two days later but when you end a game like that on a posative note, you tell yourself as a player that I adjusted what I was doing in the first half to the second half and as a team we adjusted what we were doing and we were able to make a game of it and kind of dictate what they did on offense by guarding the way that we guarded. It’s more of a confidence booster than anything.”

“Our guys know going into that sectional game against Urbana that we have a good chance to be successful,” concluded Coach Jones. “Having a second half like that is a good positive way to end that game going into our Sectional Week.”

Greenville takes on the Urbana Hillclimbers in first round DII touranment action Friday, February 19 at Kettering’s Trent Arena with a 5:30 p.m. start time. 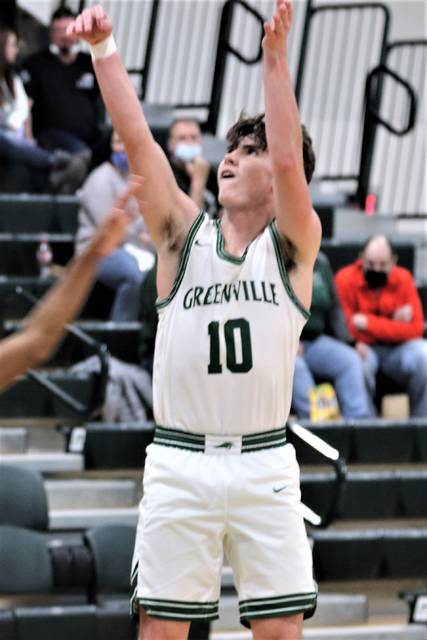 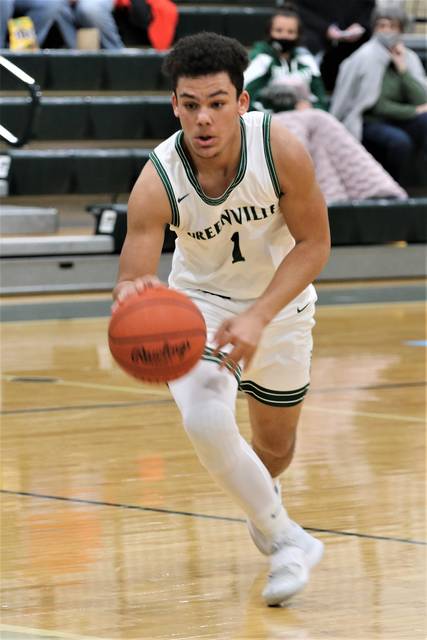 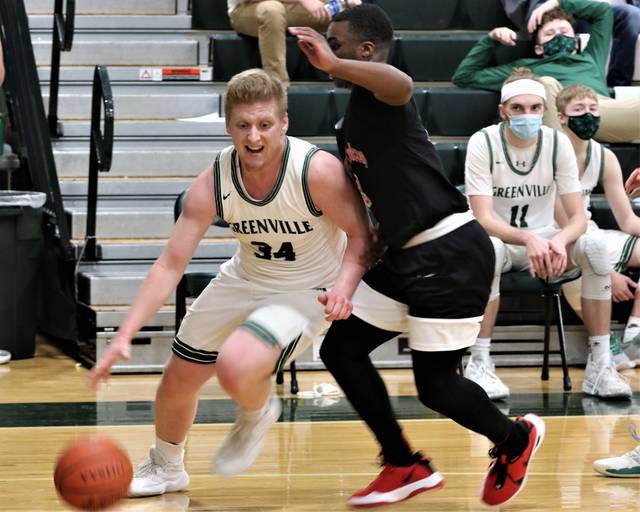 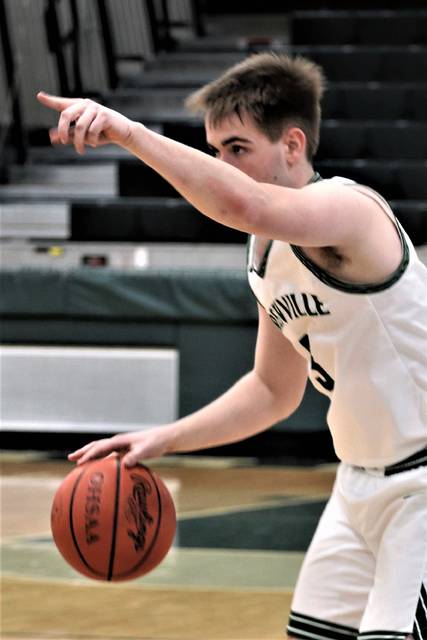 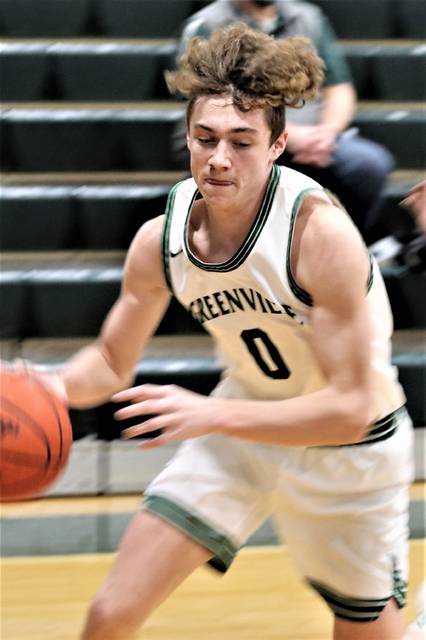 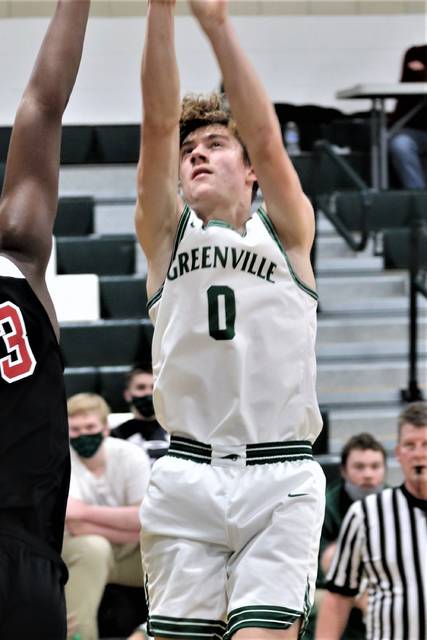 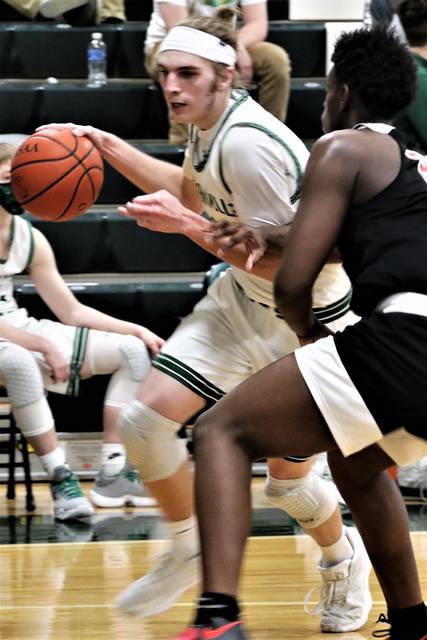 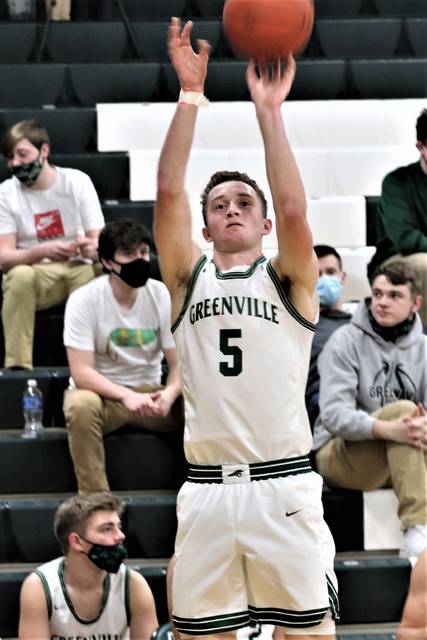