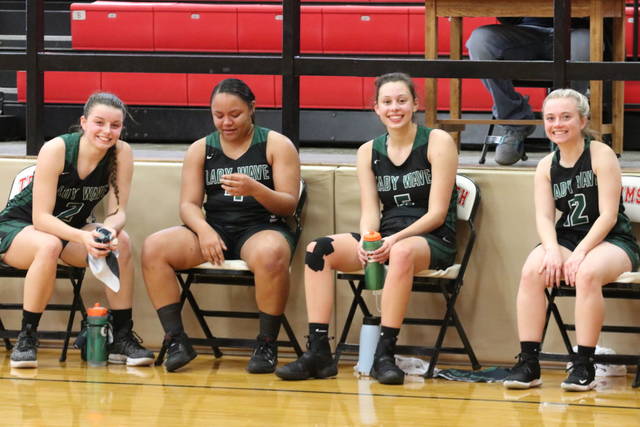 NEW CARLISLE – The No. 9 seed Lady Wave dropped a 56-32 OHSAA DII second round tournament game to a high-powered and talented No. 3 seed Trotwood-Madison Lady Rams team.

“Trotwood is really athletic,” said Greenville coach Rachael Kerns. “There is nothing we can do to ever simulate what we just saw. Trotwood plays hard, they’re strong and physical. The only disadvantage Trotwood had is they didn’t get to play a the whole season this year otherwise they would have had a whole lot more wins, but give Trotwood a lot of credit.”

A Lady Rams full-court smothering press that would be in play the entire game led to an 8-4 lead after one period of play.

The Greenville girls continued to grind away in second quarter action taking advantage of 10 Allison Powell points including two 3-pointers and two 2-point baskets with the Lady Rams taking the period by a 16-14 score sending the teams to the break with Trotwood holding a slim 24-18 lead.

Trotwood’s smothering press worked to the Lady Rams advantage in third quarter play by outscoring GHS 16-7 to push its lead to 40-25.

The Lady Rams put 14 points on the fourth quarter board while the Lady Wave added 7-points bringing the Lady Wave’s season to a close … but not before knocking off the No. 5 seed Urbana Lady Hillclimbers in the opening round of the tournament.

“The hardest part is how you prepare for a team like this when you can’t simulate what they do but I am really proud of the girls and their effort today,” Coach Kerns stated. “We wanted them to take a lot of outside shots and they took 15 3’s and that is exactly what we wanted them to have. They made a lot of 3’s today but that is the chance we were willing to take.”

Coach Kerns took time to talk about each of her seniors to give the credit for their contributions to the Lady Wave basketball program.

“They are absolutely incredible,” said Kerns. “If you would have seen this group as freshmen to where they are today nobody would believe what they’ve done. They have been a part of our program and why we are respected by other teams now. We’re not perfect but those four girls are part of what we have done and what we have been trying to do. I have nothing but respect for the four of them and I am so proud of who they have become.”

“Grace Shaffer, somebody from day one has accepted her role and there are very few people that are ok with having that role. Some games she got lots of minutes and some games she didn’t even get in. Never once complained about what we were doing. She would just smile, work hard in practice and just a really incredible teammate. Every team needs to have players like her because that’s what help keeps a well rounded team.”

“Allison Powell played with us as a freshman and took a couple years off just from different injuries and not feeling healthy … wow, what a blessing. I don’t know that we would have ever made through this season had she not decided to come back out and play. She’s fun to watch, she’s aggressive, she’s incredibly coachable and she is one of the hardest working girls that I have ever coached. Just so grateful she came out this year.”

“Abbie Yoder; how far she has come from her freshman year, her posture, her demeanor and her confidence. It has been so fun watching her. She finally decided to buy in and once she did she was one of the most athletic kids on the court a lot of the nights we played. She moves so well, great hands and just a force for us with the defense that we ran. Abbie is going to be a hard one to fill in for next year.”

“Nyesha Wright has come the furthest in four years out of any kid I have ever coached. As a freshman we weren’t really sure what we were going to get and as a senior I don’t know how we’re going to replace her. The stat line never showed what she did for us … started out playing a wing for us, had to move her to the guard position throughout the year – ‘ok coach, ok coach’ – Ny’ you play the middle on defense – ‘ok coach’. She accepted every role and I could put her anyplace. She was my most diverse player and just incredibly proud of who she is and how far she has come.”

“Our girls never quit and for that I am really proud of them,” Coach Kerns stated as she headed for the team bus for the final time of the 2020-21 season. 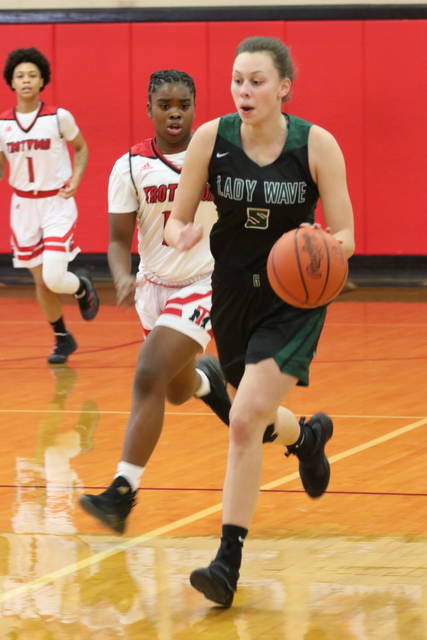 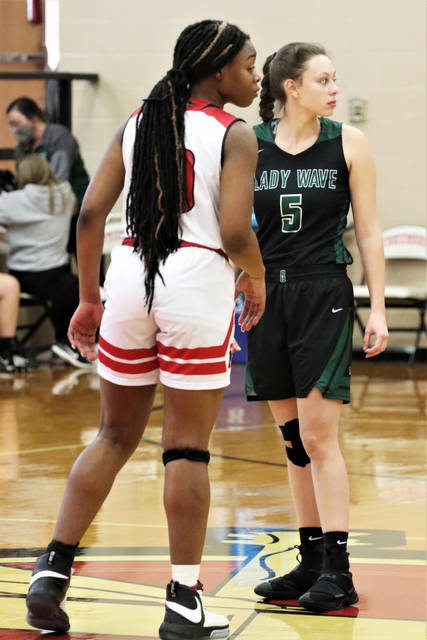 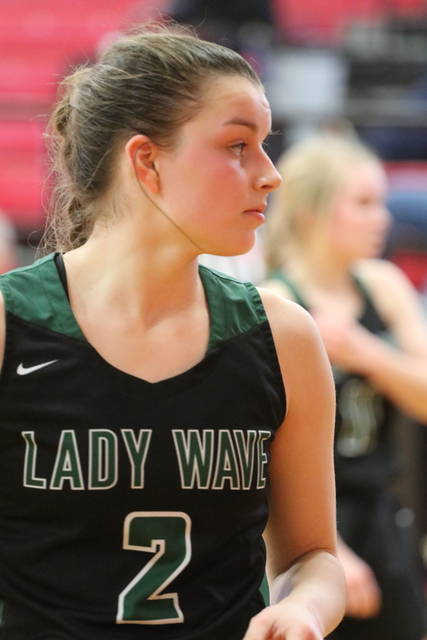 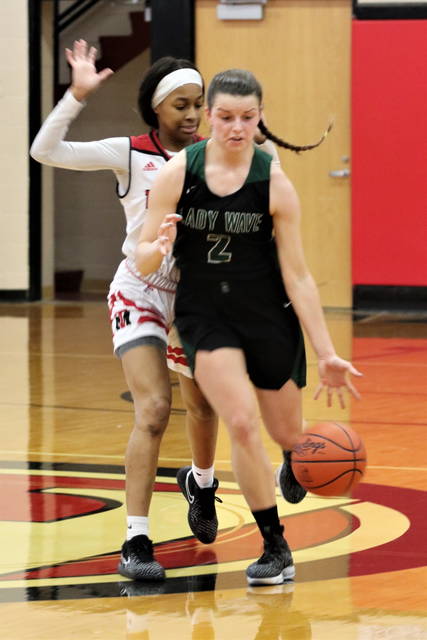 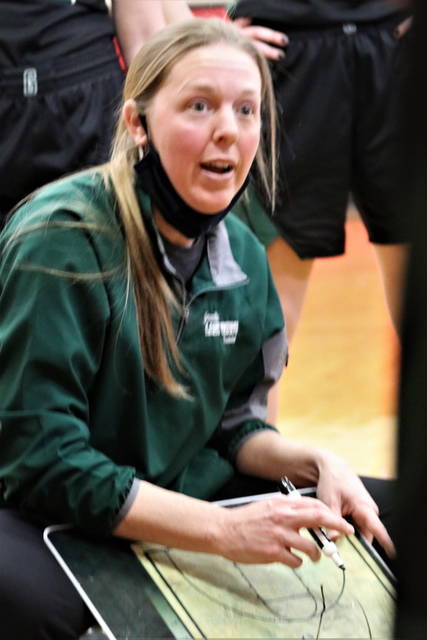 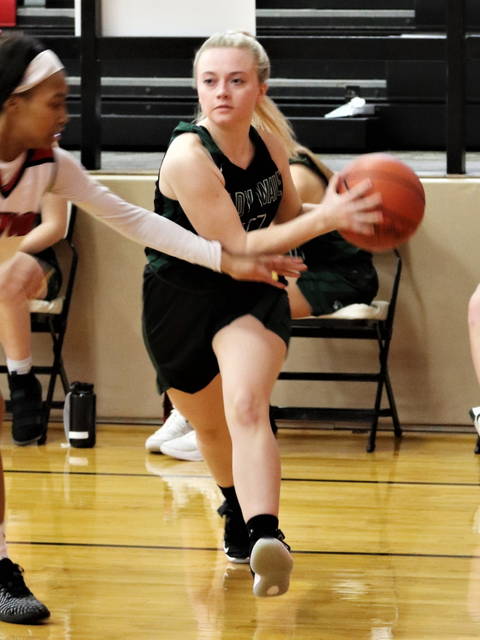 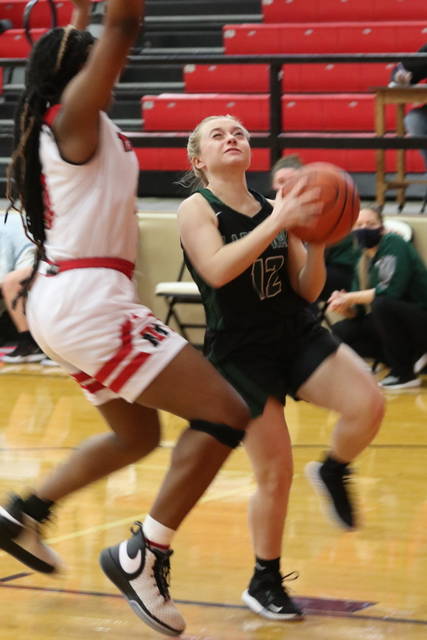 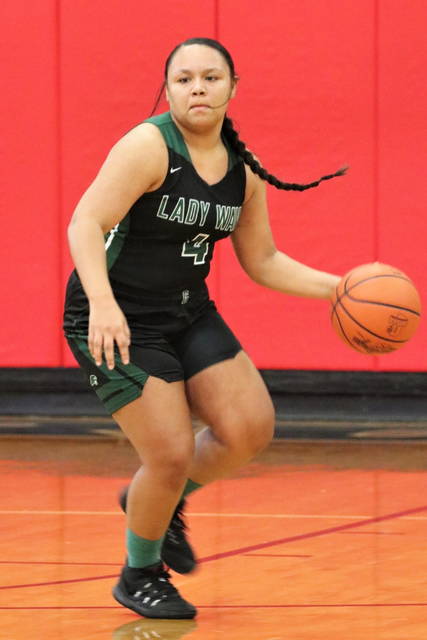 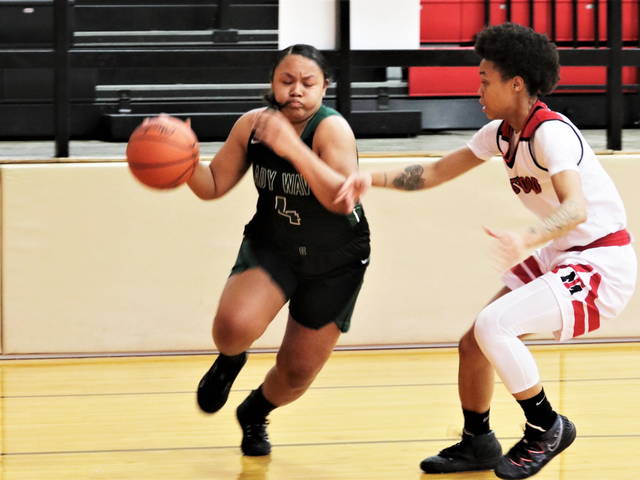