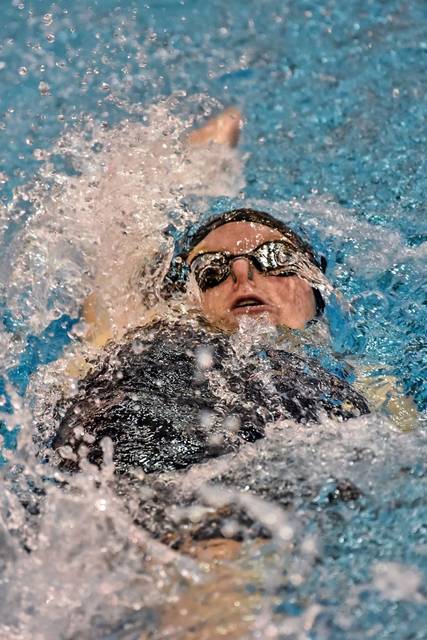 CANTON – Tri-Village senior Lucie Morris competed at the DII OHSAA State Swim meet at the C.T. Branin Natatorium in Canton, Ohio. Morris is an 8 time state qualifier and in her senior season would come up with her top two finishes over the last 4 years.

Morris would swim the 50 yard Freestyle first and came into the meet with a qualifying time of 23.81 the 4th fastest in the field. There are 24 total swimmers spread out over 3 heats with Morris swimming in the 3rd and final heat based on time. The top 8 times in all the heats earn a place on the podium and receive medals.

The 50 free is one lap down and back andit is the equivalent of running a 100 meter dash. It’s a fast swim and all you see are arms, legs and lots of splashing, you can’t see the swimmers head or face. There is little margin for error and when the splashing subsided Morris touched with a time of 24.01good enough to earn the 6thspot and a medal… and up to this point was her best finish at the state level.

Despite that, Morris was disappointed, it wasn’t her best race and after all the years of training you are looking to peak at the right time and turn in your best race. As it turns out that would end up being the fuel she needed to prepare for her second race.

With just about an hour rest time between her first race and second the goal is not to let your muscles build up lactic acid and be ready to go.

Up next was the 100 yardBackstroke and it was going to take an extra ordinary swim on Lucie’s part to even get on the podium. Coming in her best qualifying time was 58.37 and the 10th best time in the field and she would be racing in the 2nd of 3 heats.

Lucie got off the blocks well, looked really good down and back then coming off the last turn heading down the last 25 yards was out in front of everyone and touched the wall first and itappeared she turned in a real¬ good race.

Clearly Lucie was dejected as she approached her coach and dad trying to figure out what happened, just as the gun sounded for the 3rd heat to begin.

As the final heat ended and the top 8 placements were shown, Lucie’s name wasn’t in the top 8.

Lucie’s dad still wasn’t believing what he saw so he used his mobile phone to go online where he sawshe actually had the 5th best timeso he instructed her to hurry over to the other end of the pool where the awards presentation had already begun. At this point Lucie was clearly confused butheaded over and by the time she made it they had presented her medal to someone else.

She took her place in the ceremonial lineup and after the ceremony concluded officials were able sort things out and switch out medals and get things right. So, after all the confusion was over – it hit her! Morris realized what she just accomplished and a great big smile appeared on her face and hugs were in order for her coach and dad.

Lucie had just turned in her best time ever 57.63 in the 100 Backstroke taking .74 seconds off her previous best and the 5th place spot. Not bad considering she was 10th coming in.

Medaling twice in state competition and finishing with your top two placements ever at state is a great way to finish your high school career.

Lucie will take her talents to the next level and will be swimming at the University of Toledo next year.

None of that which would be possible according to Lucie if it wasn’t for her parents Lee & Robin.

“I’m so thankful to represent the Patriots for the last 4 years and for my trainers and swim coach Chris McKinney,”Lucie said. “But I’m even more thankful for my parentsand all the sacrifices they’ve made for me over the years, without them none of this would have been possible,” she added.

Overcoming the chaos that ensued in your final high school race only to find out you shattered your best time ever and getting to share it with those who supported you, well that’s priceless! 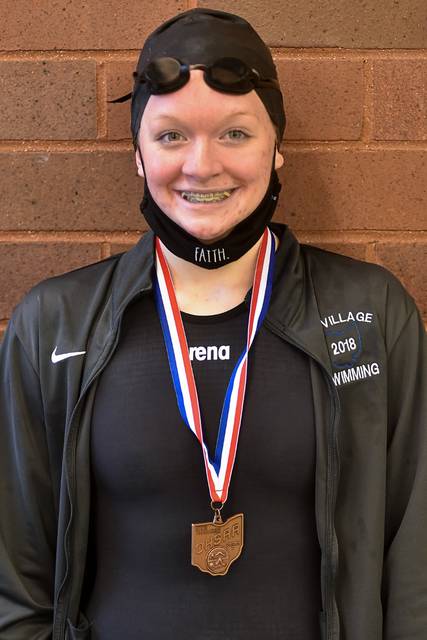 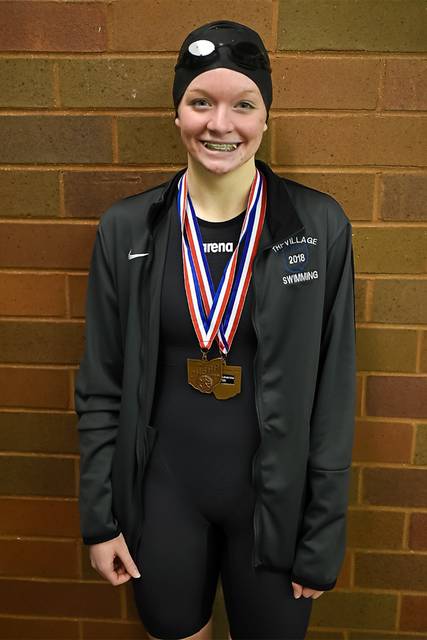 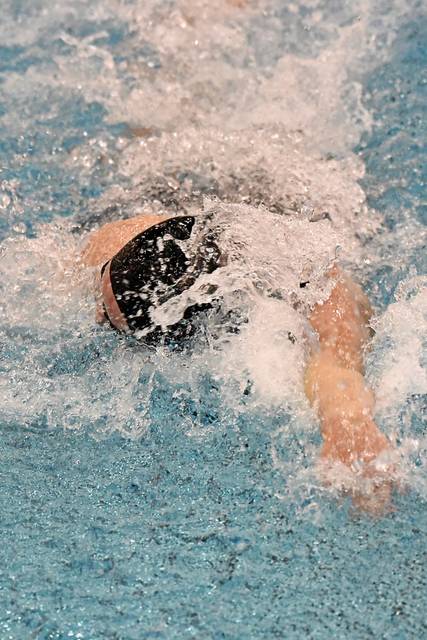