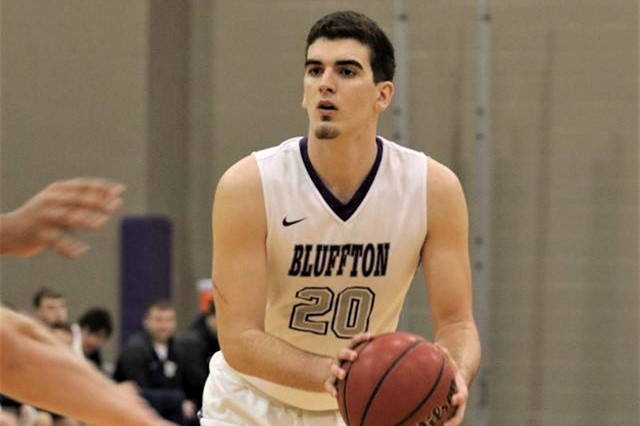 “Aaron Rich during the past four years, has been a consisten, positive rock within our program,” said Bluffton University head coach, Guy Neal. “Aaron has excelled in the classroom and on the court. Aaron has been a great example of the total package of what we want our Bluffton basketball players to be on and off the court.”

Rich, a four-year starter for Bluffton University and team captain ends his career with a team 55-40 winning record over four seasons including the men’s program’s most-season wins his sophomore season.

Bluffton head coach, Guy Neal just completed his 32nd season at the helm of the Beavers and has the distinction of the winningest coach in the history of the Bluffton University men’s basketball program.

“During Aaron’s four seasons with us, we have accomplished a lot of positive things and Aaron is one of the reasons why!” stated Coach Neal. “We are very proud of Aaron and what he has accomplished up here at Bluffton.”

Rich was pleased to have played four years for the same coach while at Bluffton.

“I really enjoyed it because I didn’t get to do that in high school,” Rich said. “It was nice to build a relationship with Coach Neal and be a part of a program that he has worked really hard to build. Just a great guy to play for and a good guy off the court too. I know I can always count on him if I ever need anything down the road.”

At 6’5” playing NCAA college ball in the paint, Rich was often not as tall as the players he was going up against at both ends of the court.

“Playing college ball can be tough at times but one of the main things Coach taught – you have to be tough on the court even when you are playing someone three to four inches taller than you. You just have to have the heart and the drive to outwork them and out play them.”

“Awful proud of all the things Aaron has been able to accomplish,” said former GHS basketball coach, Michael Bashore. “He is a perfect example of a kid who worked hard to get better at his game every year. He was a very valuable player for us the year we won the league as a sophomore. For as good as he has become as a basketball player he is an even better person. I’m extremely blessed to have been able to coach him for three years.”

Coming off the bench as the sixth man his 2015 sophomore season, Rich had his best offensive game of the year scoring 12 points against Eaton in a Wave 76-37 win.

Rich averaged 10.2 points and 6.1 rebounds his junior year for the Wave and 15.6 points and 7.8 rebounds per game his senior year at GHS earning him an opportunity to play for the Bluffton Beavers.

“I definitely would do it again,” Rich said of playing at the college level. “I would do it a different way. My first two years here were kind of rough balancing basketball and classes. I would spend a lot more time balancing the class part and the basketball because you get caught up a lot in the basketball part and sometimes it can affect your classes a little bit.”

“It’s a grind but I enjoyed basketball,” added Rich. “I could have graduated early but I wanted to come back for my fourth year.”

“It was definitely tougher basketball wise,” Rich said when comparing college to high school. “The competition was a lot better. It definitely went a lot faster than four years of high school.”

The 2020-2021 college basketball season for Rich as with most sport programs in the past year felt the effects of the COVID-19 pandemic.

“COVID made that a little rough but it was a good senior year for the most part,” Rich noted. “We didn’t play quite a full schedule. We played 15 games, 12 conference games and three non-conference games but it was still busy because we played back-to-back days. We played on weekends so it was a little different than a normal season playing on a Wednesday/Saturday – so if felt like a full season.”

“I enjoy it here and I will definitely be back,” Rich said. “Right now I help coach a little on campus. I have been helping him with recruiting – guys from our area. If they ever needed anything or want to know anything about the university I would be happy to talk to them about it – help coach Neal if they want to go there.”

“The biggest thing is putting in the work in the early stages of high school,” Rich said of advice to young players. “It’s not just going to come to you. You have to put in the work and effort to get noticed by other colleges – that is the first thing and then once you get noticed you have to do things that you may not be comfortable doing like doing those extra plays, like diving on the floor, taking a charge, things like that.”

“You have to get noticed in other ways than just scoring the basketball,” added Rich. “I think a lot of people don’t see that. They just see basketball as who can score the most on your team but it’s a lot more than that. It’s a team sport and that is one thing I have really learned from being here – you have to put your brothers first and everything else second.”

When asked if we would see him coaching in the future, Rich responded, “I definitely want to coach some day. I don’t know when or where but hopefully somewhere around Greenville.”

“Aaron was a great representative of Greenville and Greenville High School,” Fries stated. “He will make a good coach or athletic director. He has all the qualities and is very committed. He is always team first.”

“It meant a lot having my mother’s support all these years,” Aaron said of his mother, Bonnie Rich. “This year obviously with COVID and everything she wasn’t able to come to any of the games but she was still able to watch the live stream. I probably would not have made it all four years without her support and I appreciate everything she does for me.” 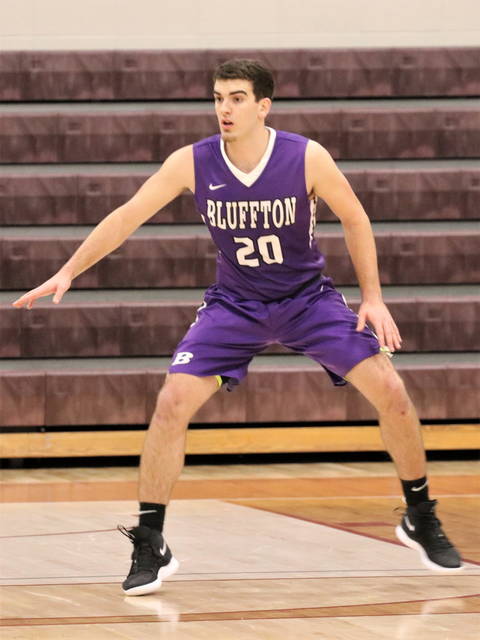 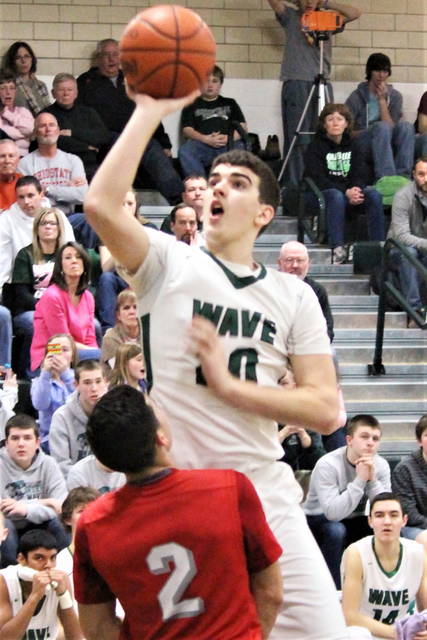 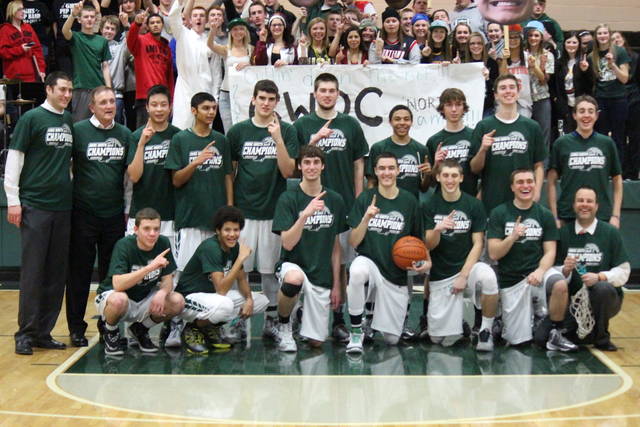 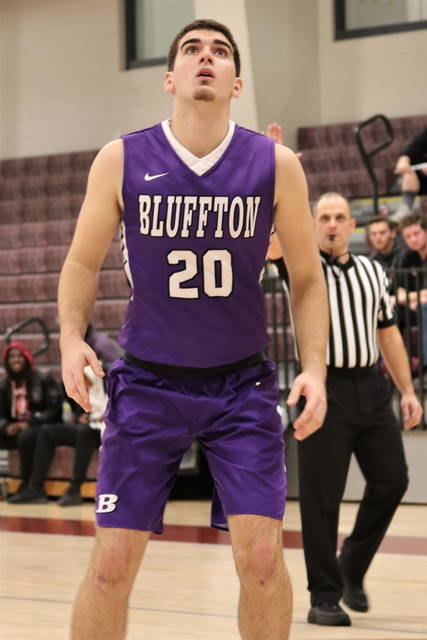