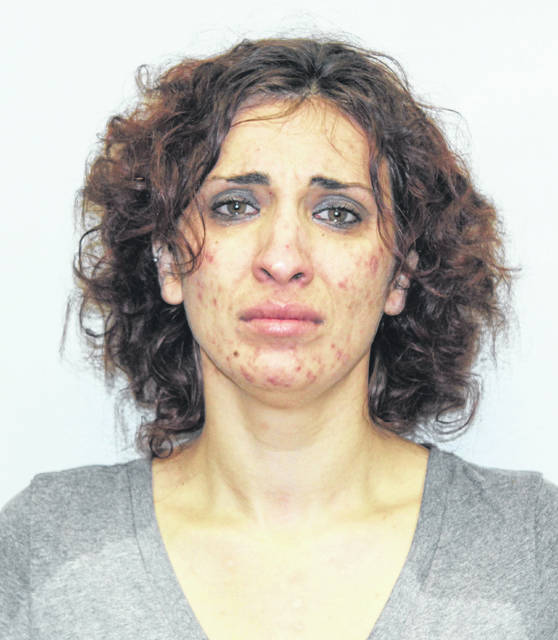 At 09:39 a.m. March 18, the Darke County Sheriff’s Office received a 911 call reporting that a female had entered a semi-truck on his property and was suspected of being under the influence of drugs. While deputies responded to Heller Road in Greenville Township to investigate, the Sheriff’s Office received a call from another agency reporting that the female suspect was on the phone with them claiming her family had been killed at an address on Heller Road.

Deputies arrived at the 6800 block of Heller Road and checked the residence and found everyone at the address unharmed, but the female suspect, identified as Carrie Mendenhall, 29, of that address, was not present. While checking the residence it was discovered that Eric Mendenhall, 52, also of that address, had an active warrant and was arrested.

Deputies located Ms. Mendenhall hiding behind a house in the 6600 block of Heller Road. She was arrested for an outstanding warrant for failure to appear on a traffic charge, and was charged with two counts of burglary of an occupied structure when the homeowner was present. These charges are felonies of the second degree. These cases are still under investigation by the Darke County Sheriff’s Office and any further charges will be reviewed by the Darke County Prosecutor. Carrie Mendenhall was booked into the Darke County Jail on a $15,000 bond.

The Darke County Sheriff appreciates the citizens on Heller Road who called in the suspicious and criminal activity and their assistance contributed in the apprehension of the suspect. Sheriff Toby L. Spencer encourages anyone who observes suspicious or criminal behavior to contact the Sheriff’s Office right away at 937-548-2020 or 911 for emergencies or crimes in progress.