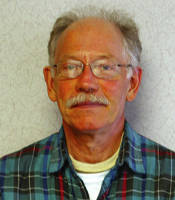 In 1970 UCLA 27-2 returned for the fourth consecutive year to the NCAA tournament final and faced ateam Jacksonville, makingits only NCAA final appearance.

So instead of having a seven footer on his team for the past three years, John Wooden had to defend against two seven footers in Gilmore and Burrows.

The game was closer than the previous three finals UCLA had played in. They led 41-36 at halftime and were 39-33 in the secondhalf for an 80-69 win. Both teams did poorly from the field with UCLA slightly better at 28 of 69 for 41.4% to the Dolphins 31 0f 80 for a 38.8%. While Jacksonville scored three more field goals, UCLA made up the difference at the free throw line with a 24 of 35 performance as Jacksonville got to the free throw line only eight times and made seven.

The difference in free throws determined the outcome as UCLA had more turnovers with 23 to 18 for Jacksonville and UCLA outrebounded the taller Dolphins 50-38.

Artis Gilmore was 9 of 29 for nineteen points and 16 rebounds and Vaughn Wedeking and Pembrook Burrows each added 12.

Several players went on to NBA careers including the entire starting five for UCLA, Sidney Wicks, Curtis Rowe, John Vallely, Henry Bibby, and Steve Patterson: for Jacksonville Rex Morgan and Artis Gilmore who spent eighteen seasons in the ABA and NBA, helping the ABA Kentucky Colonels to an ABA title in 1975 went on to careers in the ABA/NBA.