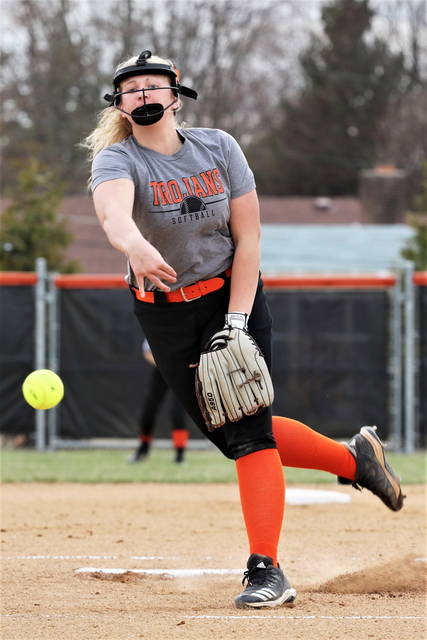 “I was pretty pleased with our effort tonight,” said Arcanum coach, Mike Morris. “We ran the bases really aggressive – we scored a lot of runs we probably shouldn’t have but we were just being aggressive and put the pressure on them.”

“We got our bunts down,” Morris continued. “They are finally getting on to my kind of ball – small ball. Scoring 11 runs with small ball doesn’t look like you’re playing small ball but we did.”

Ellie Fout took the mound to open play for the Lady Trojans followed by Peyton Garbig and Tessa Riegle.

“With our pitching we have a good one, two, three punch there right now going on,” Morris noted. “Ellie Fout has been starting for us and gets a lot of ground balls and then Peyton Garbig comes in. She can throw gas so I am really pleased.”

The entire Arcanum squad had a good day at the plate and on the base paths while making the infield plays look like mid-season form.

“My middle infielders we have a freshman, Emilie Fout at shortstop and sophomore Molly Erickson at second,” said Morris. “Emilie got the ball over there at second base from her shortstop position tonight – I’ve never seen that before.”

“We have a lot of speed right up the middle,” added Coach Morris. “We had a scrimmage the other night and they both dove for a ball and landed on top of each other up the middle, so they are very aggressive.”

Rounding out the infield for the Lady Trojans has senior Hannah Smith at first and Peyton Grabig handling the third base duties.

“When Payton is on the mound I have another sophomore at third,” Morris said. “We’re young in spots but they know how to play ball.”

Coach Morris turned his attention to the team’s outfield players.

“We’re the same way out there – very solid out there with speed,” he said. “We have Eva Siculan a senior in center, Meghan McCans a junior in left and I have been flipping our two sophomores in right.”

Coach Morris is impressed with the speed the Lady Trojans also bring to the base paths for the 2021 season.

“Speed kills and finally we got it,” stated Morris. “I have never had that much speed on my team before.”

Coach Morris expects the Lady Trojans to compete well in the final season of the Cross County Conference.

“I think we should be in the top two or three,” Morris said. “Obviously Bradford is probably going to be the “big dog” – I think we will hang with them. National Trail is going to be decent, Covington is going to be good – I just hope we are up there top three.”

Coach Morris returned to his alma mater to coach the Lady Trojans for the 2020 season following a successful stint coaching the Franklin Monroe Lady Jets softball team. With the entire 2020 season cancelled due to COVID, Morris gets his first on-field opportunity this year at Arcanum.

Morris takes over a program that has seen its share of success, but he too has had his share of success. Morris served as Franklin Monroe head coach since 2013, accumulating over 100 victories including finishing as District Runner-Up on several occasions and District Champions in 2017.

“It was a tough leaving FM especially the class I left,” said Morris. “It worked out because of COVID. That senior class didn’t get to play but it was tough leaving there – the time was right.”

“You can’t beat this Arcanum crowd,” Coach Morris concluded. “The support we have here is unbelievable and at a scrimmage we are full in the stands – the support here at Arcanum is amazing.” 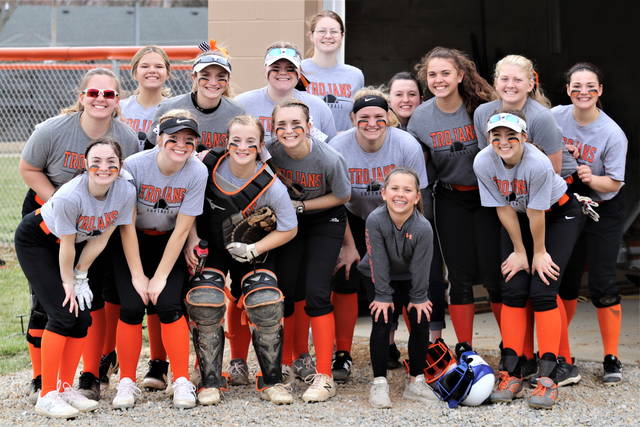 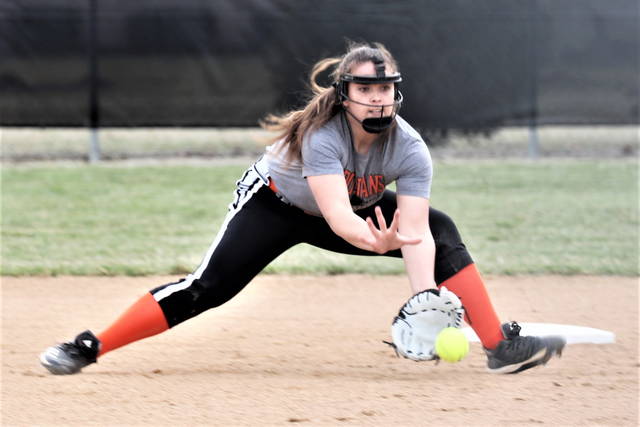 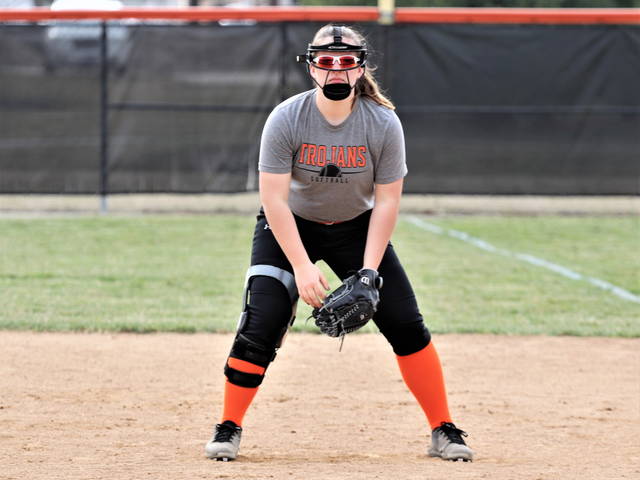 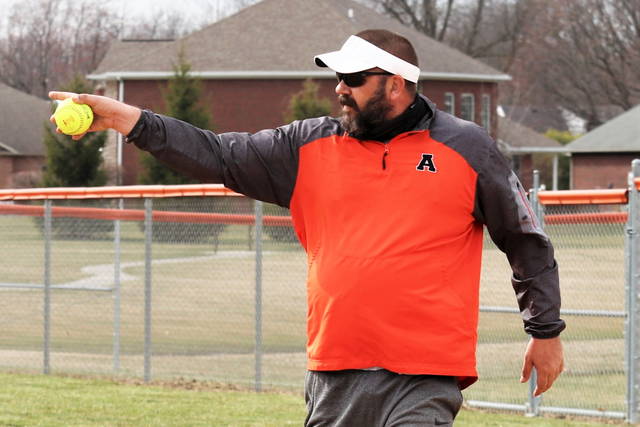 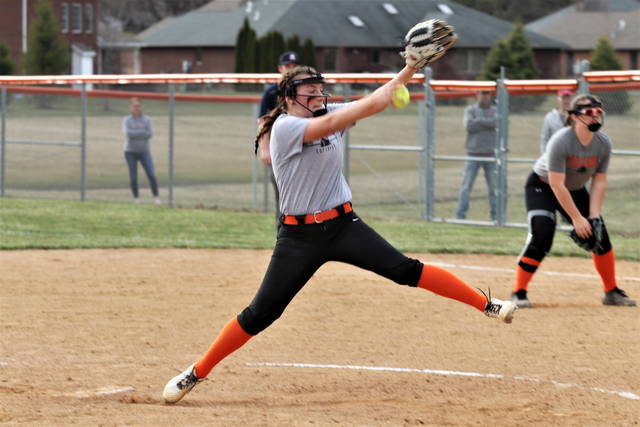 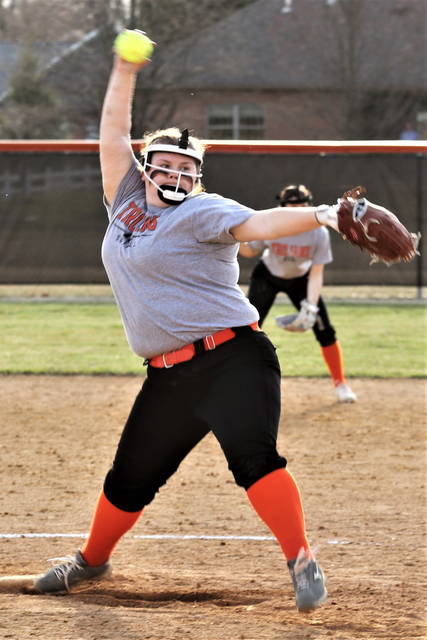