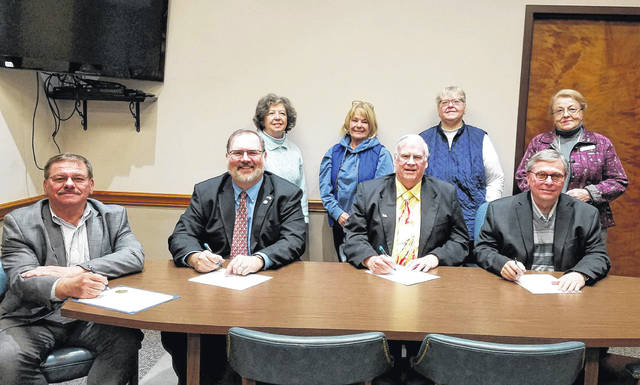 March 29, 1973, marked the end of U.S. involvement in the Vietnam conflict after more than a decade of combat. The proclamation was signed in coordination with the Fort GreeneVille Daughters of the American Revolution (DAR).

The proclamation was signed to honor the men and women who served in the armed forces during the Vietnam War. Throughout the conflict, more than three million Americans served, and 58,000 laid down their lives in service to our nation. From Ohio alone, approximately 330 did not return home, and of those 330, approximately 15 were Darke County natives.

“We’re honored to recognize Vietnam veterans in Darke County through a proclamation,” said County Commissioner Mike Stegall on behalf of the board. “As time moves on, the Vietnam generation seems to be getting lost to history, but their sacrifice was just as honorable and noble as generations before and after them. We are very proud to recognize veterans in Greenville and the county for their exemplary service to our country.”

The proclamation states that the commissioners and Mayor Willman, “urge all people in our county to participate in the events of this day as one means of honoring those men and women who served their country faithfully and courageously during the Vietnam conflict.”

It also stated the the city of Greenville and Darke County reaffirm their dedication to “showing a generation of veterans the respect and support of a grateful nation.”

On Monday, slow down, thank a veteran, and take time to remember the sacrifices of so many during the Vietnam War.