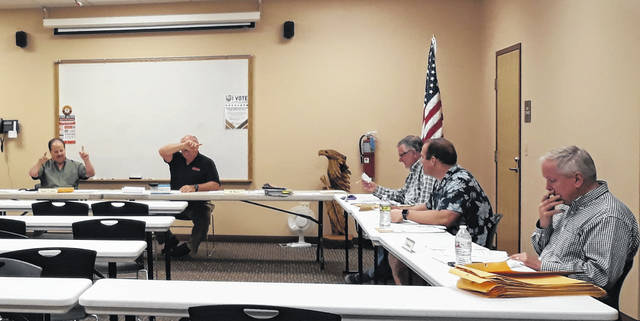 Council first took up old business with the third and final reading of Ordinance 21-13, for the adoption of interconnection standards for installation and parallel operation of customer-owned renewable electric generation facilities (1000 kWac or less) and setting forth penalties for failure to comply, and was unanimously approved.

Council took up new business with the consideration of Resolution No. 21-18, authorizing an application to Darke County for CDBG Community Development Critical Infrastructure Programs for $500K in funding for the Village of Versailles North Central Area Waterline Replacement Project, which would most likely extend into 2022-2023.

Village Administrator Mike Busse noted in his report to council that, “These water lines are in poor condition and comprised of various materials. The CDBG application is requesting $500K in grant funding. The total estimated cost of the project is $900K. We plan to also apply for a OPWC grant…Any gaps in the funding will be filled with funds from the 1/2 percent fund….”

Specifically, in regard to the work being done to replace the old waterlines on the west end of Virginia Street, Busse updated the council on the progress being made, noting that Tom’s Construction is working at the intersection of Franklin and Virginia, removing a section of the old 10- inch waterline to install a new sanitary manhole. The work is going slower than anticipated due to poor soil conditions.

“We are off to a little bit of a slow start because it is an older part of town,” said Busse, “but we are making progress.”

Also discussed was the extended power outage occurring last Thursday. In his report to the council, Busse shared that the root cause of the outage was a broken pole insulator on a 69kV transmission pole near SR 48 and SR 66, owned by AES (formerly DP&L).

“We continue to have transmission power supply issues from AES, which typically is related to the line between Versailles and Covington. It is not only Versailles that has experienced outages due to this line, but also Minster (municipal), AES’s substations (Ft. Loramie and Russia), as well as Pioneer Co-Op,” Busse reported. “AES knows they have problems with their transmission lines as Versailles had a meeting with them along with several other AMP members in July of 2019.”

Councilman Paulus inquired about village employment, asking for clarification on unfilled position for Lineman II position. Busse explained that because a Lineman II requires four years of experience and training to work on high voltage lines; as a result, there are not enough qualified applicants.

“Safety is everything,” said Busse, noting that when current Lineman I employees are promoted to Lineman II positions, then more Lineman I opportunities will open up.

Additional progress is being made toward the reopening of the Versailles Municipal Pool. Busse stated that the pool cover has been removed, with the pump and liner scheduled for cleaning and repairs. The village is also applying for a Darke County grant to provide additional sunshades for the pool.

A tentative date has been set for the Versailles Alumni Association’s Fair Fest, scheduled for Sat., Aug. 21, from 2 to 5 p.m. Because COVID regulations are still in place, the tables will be spread out, with portable restrooms on the north side, with food trucks, and a beer garden, with possible music in the square.

The next scheduled Versailles Council Meeting will be Wednesday, April 14, 2021, 7 p.m., at the EMS Building Conference Room, 320 Baker Road, in Versailles. All interested parties are welcome to attend. For information, see www.versaillesoh.com 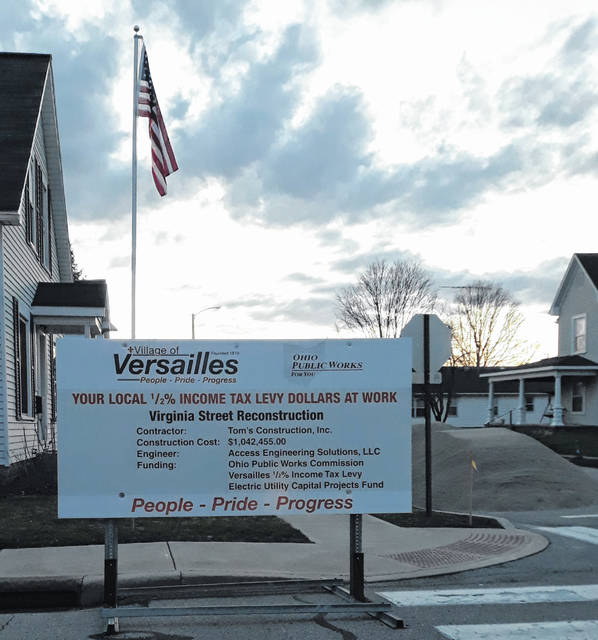