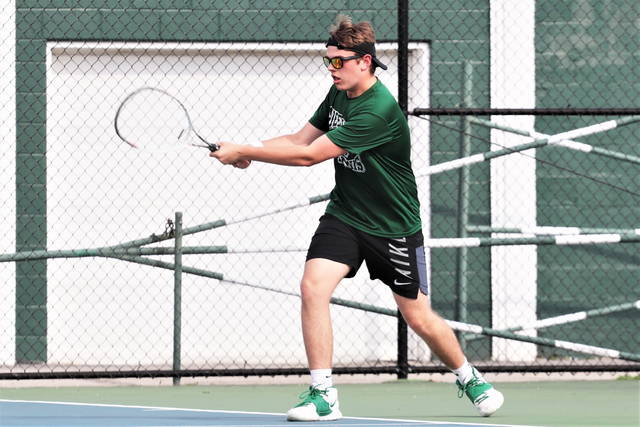 “I thought we played well in all 5 spots,” said Greenville coach, Dennis Kiser. “We continue to improve and tonight we were able to work on some things and look at some different strategies.”

Jiahao Zhang downed Celina’s Nick Forlow 6-2, 6-2 to earn the win at second singles for the Wave and Mason Middlestetter won over the Bulldogs’ Ryan Chapman 6-2, 6-2 at third singles for Greenville.

Heath Coomer and Andrew Abell easily defeated Diego Castorena and Keaton Fishbaugh 6-0, 6-0 to pick up the win at first doubles for the Green Wave varsity squad.

“We keep improving,” Coach Kiser concluded, “and as a coach that is what you want to see.”

With the win, the Wave team earned it fifth consecutive win to move to 5-2 on the season and stand at 2-1 in conference play.