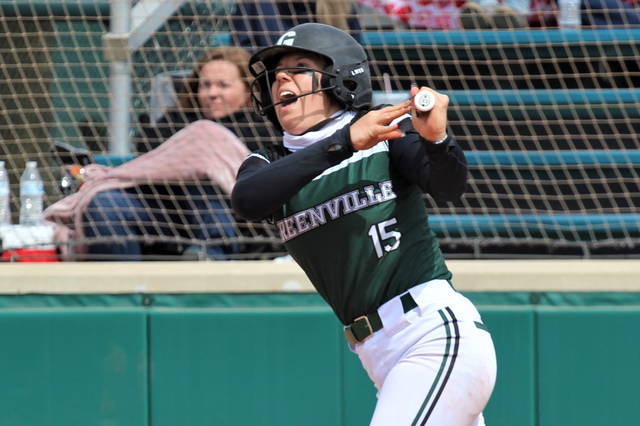 GREENVILLE – The Greenville Lady Wave upped its season mark to 16-1 with a 13-3 come-from-behind run rule win over the visiting Triad Lady Cardinals.

The visiting Lady Cardinals plated a run in the top of the first to lead 1-0 with the Lady Wave making it 1-1 in its half of the inning with a Skylar Fletcher run-scoring single to left.

Triad used a walk, triple and an error to plate two third inning runs and lead 3-1 over the Wave.

Greenville tacked on a single run in the bottom of the third on a Susie Blocher run scoring single sending the teams to the fourth with the Lady Wave trailing 3-2 after three complete.

Grace Shaffer came off the bench to pitch the fourth and quickly set the Lady Cardinals down in order on three straight strikeouts.

The Lady Wave grabbed its first lead of the game scoring two runs in the bottom of the fourth with a Keira Beavins walk and a Bri Fellers bunt single. With Skylar Bryson in to courtesy run for Beavins, the speedy Bryson raced home from third with the tying run with the aid of a Triad error.

Ashlynn Zimmer legged out a bunt single moving B. Fellers to third where she would score the go ahead run on a Triad passed ball sending the teams to the fifth with Greenville clinging to a 4-3 lead.

The Lady Wave put the game away with seven fifth-inning runs. Greenville’s offense came from Alaina Baughn and Fletcher singles, a RBI Kenna Jenkinson double, a hard hit Beavins mishandled grounder plating Fletcher and Jenkinson, a Zimmer fly ball mishandled plating a run, an error on a Nyesha Wright fly ball scoring Leach and the final run of the inning coming on a run scoring double off the bat of Baughn for a 11-3 Lady Wave lead.

Greenville took advantage of a Fletcher sixth-inning leadoff single, a Sheyenne Slade RBI single, a B. Fellers single and walk off Leach infield popup played into an error scoring B. Fellers earning the Lady Wave a 13-3 comeback win.

“Love where we’re at,” Newland said following the win. “Good program and just competing and playing. Kids are smiling and having fun. Great atmosphere at the stadium today and just a great day for the program.”

Shaffer recorded the win in relief, throwing 3-innings of scoreless 2-hit ball with no walks and striking out five. Kyle Hamm threw 3-innings allowing 3-runs on 1-walk and 4-strikeouts.

The Lady Wave are back in action Monday at Tippecanoe taking on the Lady Red Devils in the second game of the MVL schedule following a 10-0 Grace Shaffer no-hit run rule Lady Wave Friday night home win over Tipp.

“We get two today, moving on to Tipp Monday,” said Newland. “Will be a huge league matchup Monday and it will probably be a totally different atmosphere and story than it was Friday afternoon.”

“They’re going to be ready to play – it’s their Super Bowl,” Newland added. “If they can get us and split that’s what it’s all about in the league so we are going to take our “A” game there and see what we can do.” 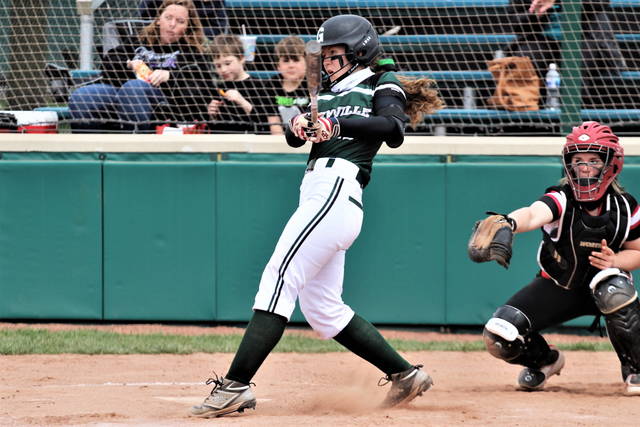 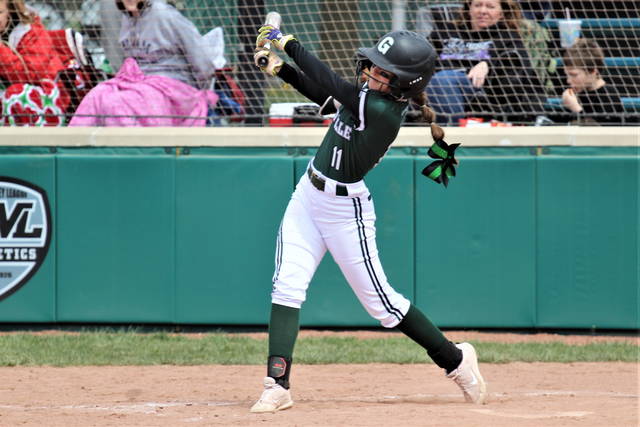 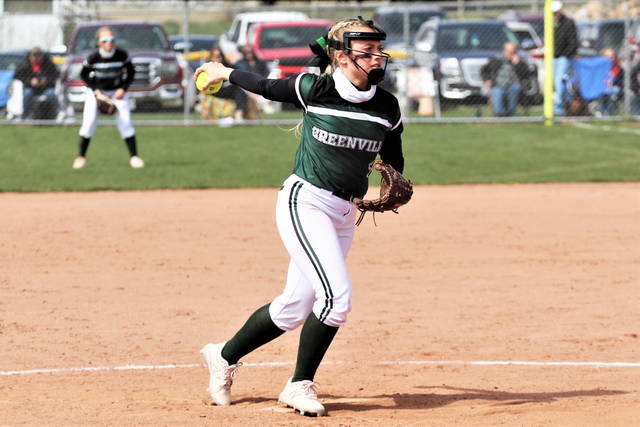 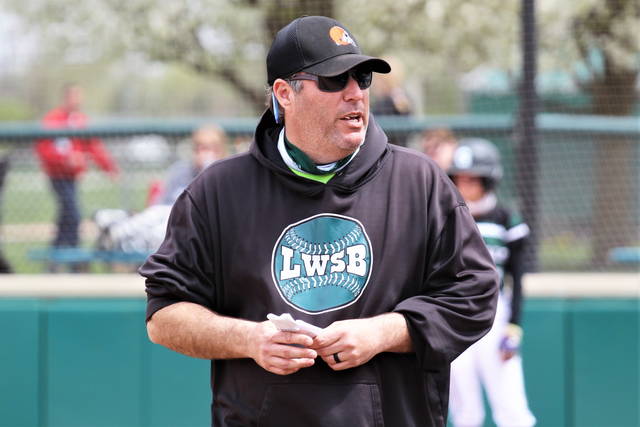 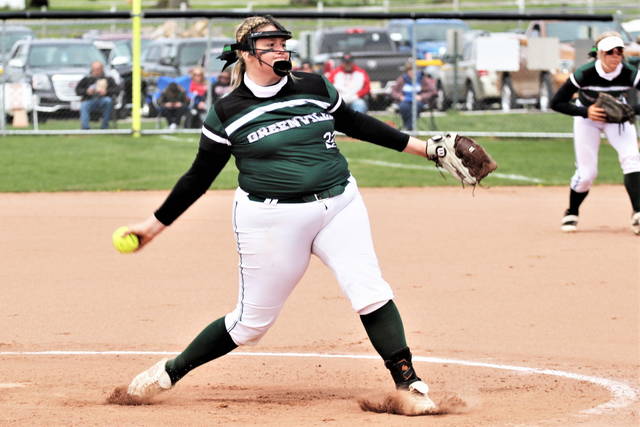 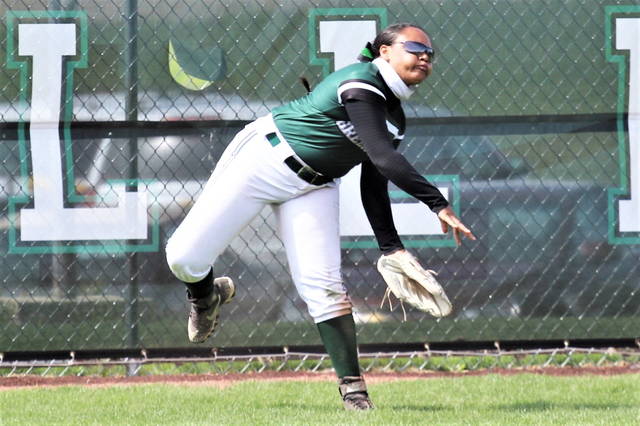 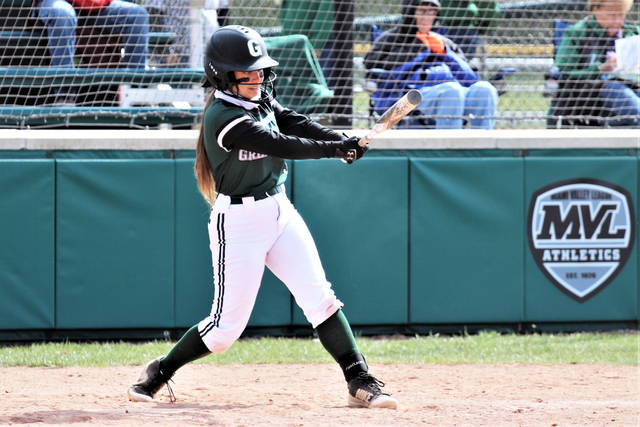 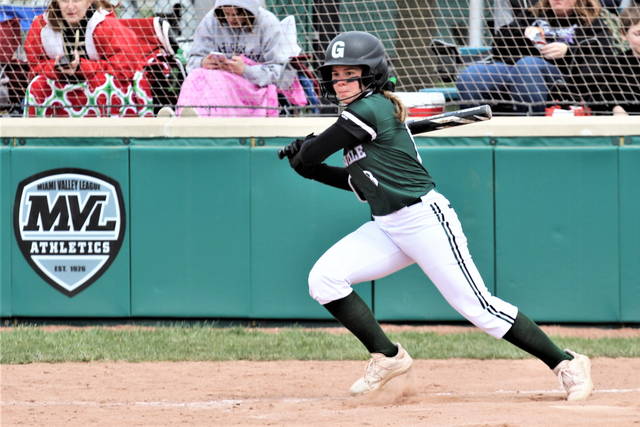