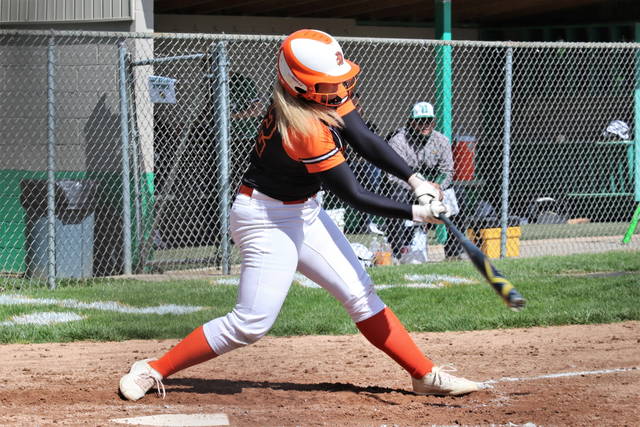 “Something is going on,” Arcanum coach, Mike Morris said of Fout’s torrid hitting. “That moved her up to No. 2 in the state record books. She’s confident, she’s seeing the ball well and she feeds off the other players. When we’re pumped up she’s pumped up and she is having a great season right now.”

The Lady Trojans grabbed a 6-0 lead in the top of the first inning and tacked on three runs in the team’s second inning of play to lead 9-0 after two complete.

Arcanum closed out scoring on the night with a two-run fourth to give the Lady Trojans a convincing non-conference win.

Garbig went 3-4 with a two-run homer, a single and a double. Brookelyn Ullery was 3-3 with a RBI and 3-runs scored.

With the two-run homer, Ellie Fout is now just 1-RBI away from setting a new school RBI record.

Meghan McCans went 2-3 on a breakout night for the junior outfielder while knocking in 2-runs in the win.

“It’s in her head right now,” Morris said of McCans. “We’ve been working on it. She’s been working extra after practices and on her own, hitting on tees so finally she got a couple hits. She has hit the ball well at times – just right at people. She couldn’t catch a break so hopefully they start falling for her. We get her going that’s just one more in that lineup that’s pretty potent right now.”

“That was a good win for us,” Coach Morris concluded. “Hopefully that keeps us rolling into Monday’s sectional finals.” 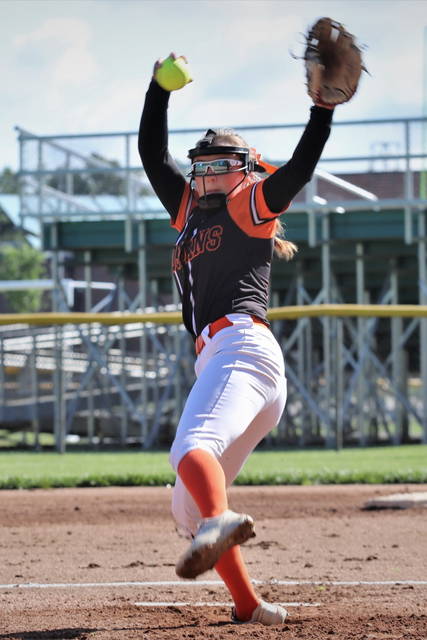