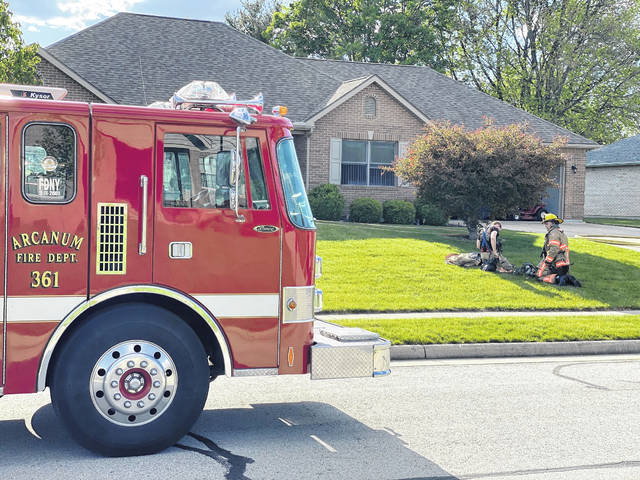 ARCANUM — A Thursday afternoon kitchen fire has left an elderly Arcanum woman temporarily displaced due to damage which occurred within the home.

At approximately 5:38 p.m., emergency personnel from Arcanum Fire and Rescue responded along with mutual aid from the Pitsburg Fire Department and the Arcanum Police Department to the 100 block of Sierra Lane, in reference to a possible kitchen fire.

According to Arcanum Fire Chief Kurt Troutwine, units arrived on the scene to find heavy smoke coming from the rear of the residence. Firefighters were able to quickly contain the fire to the kitchen area, preventing the fire from spreading throughout the home.

An elderly female was home at the time of the incident was able to evacuate without injury. Damage to the home has been estimated to be $40,000 to $50,000. The home’s occupant has been temporarily displaced by the fire until damage can be repaired.

The cause of the fire has been ruled as accidental in nature.