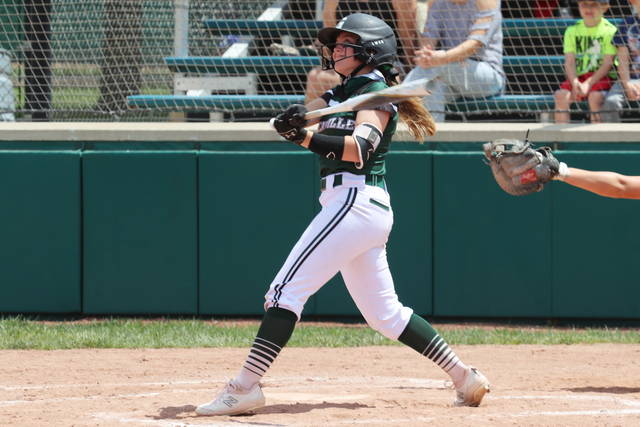 GREENVILLE – The No. 3 OHSAA state ranked Greenville Lady Wave defeated the visiting Covingion Lady Buccaneers 12-2 in a run rule non-conference game to close out the 27-game 2021 regular season giving the Lady Wave a 26-1 regular season mark and an overall 28-1 record including two perfect games in DII tournament apperances to date.

“Great day for Lady Wave Softball,” said Greenville coach Jerrod Newland. “Just so proud of the kids and the program.”

The Saturday win was the 800th victory in the Greeville Senior High School Lady Wave Softball program dating back to 1977.

Covington took an early 1-0 lead in the top of the first-inning only to see Greenville post four-runs in the bottom of the inning.

Nyesha Wright drilled a leadoff triple to right and scored on a mishandled hard hit grounder off the bat of Alaina Baughn to even the score at 1-1. Susie Blocher and Kenna Jenkinson collected singles loading the bases for Bri Fellers to drive a two-run double to center followed with a run scoring Savannah Leach sacrifice fly giving GHS a 4-1 lead after one complete.

Inning No. 2 had both teams going scoreless bringing the Lady Buccaneers to the plate to take advantage of an error and a single to plate a run plate a run and trail 4-2.

Skylar Fletcher led off the bottom of the thrid with a triple down the right field line and scored on a Bri Fellers sacrifice fly for a 5-2 score.

The Lady Wave got a fourth-inning leadoff Kierah Beavins walk, Wright lined a RBI double to center, Baughn was hit by a pitch, Blocher drilled a run scoring double to center and Skylar Fletcher knocked a 2-run doulble to left, Jenkinson walked and Bri Fellers ripped a two-run single giving the Lady Wave an 11-2 lead with no outs in the inning.

Leach reached by way of an error, Beavins walked and Wright hit a run scoring sacrifice fly to give Greenville a 12-2 lead after four-innings.

With starting pitcher, Grace Shaffer’s work done for the day, Kylie Hamm was summoned to the mound to pitch the top of the fifth and quickly set the visitors down in order, a ground out and back-to-back strikeouts to give the Lady Wave their 18th run rule victory of the year.

“What a great atmosphere today and crowd for the regular season fenally,” Newland stated. “Now 28-1 and rolling into the sectional championship game Tuesday down at Bellbrook.”

“Going to be a 5:30 start for fans and everybody to get there for both schools,” added Newland. “Just excited for the opportunity next week because next Friday is Gold Medal Friday.”

The Lady Wave have won Gold – District Championships in 12 of the past 14 years.

“Next week is District Week,” Newland concluded. “If we take care of business Tuesday we have the opportunity to tee it up Friday and that is what we work all year for.” 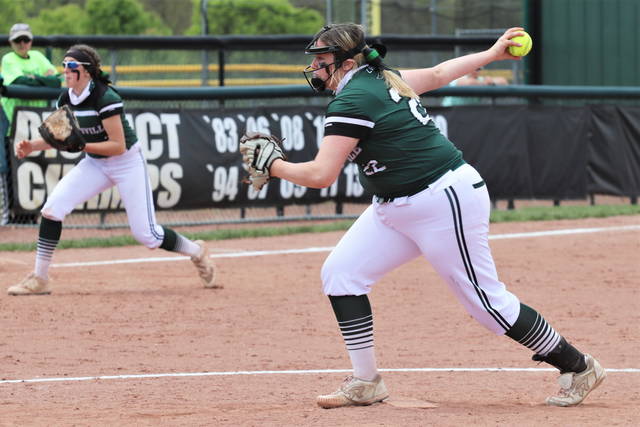 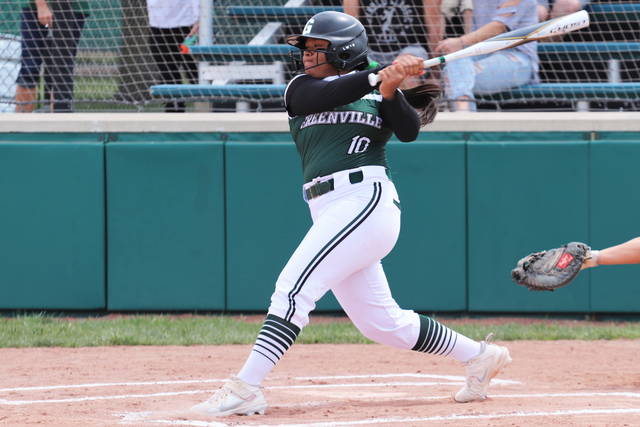 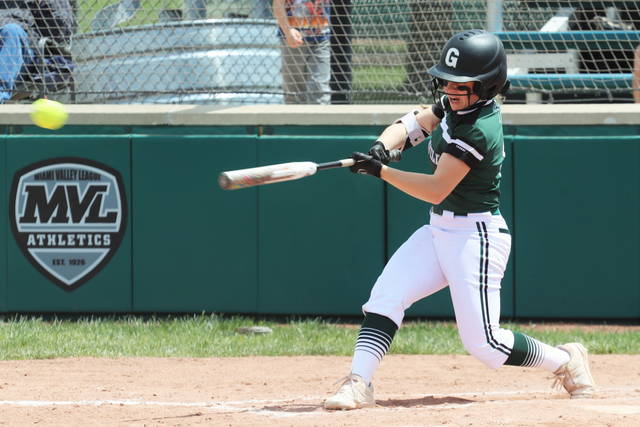 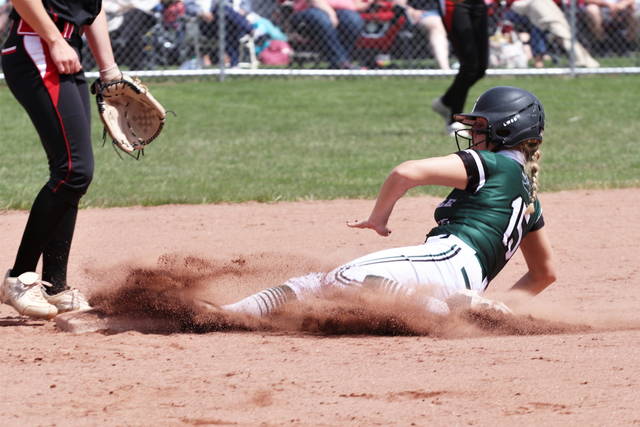 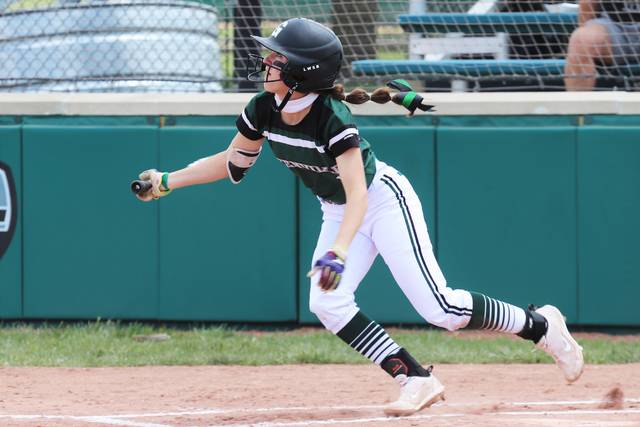 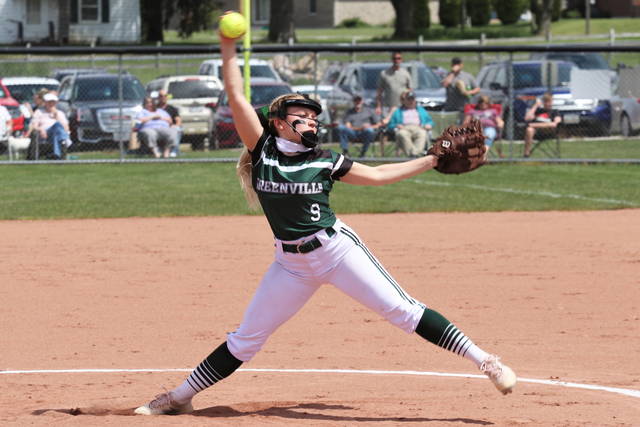 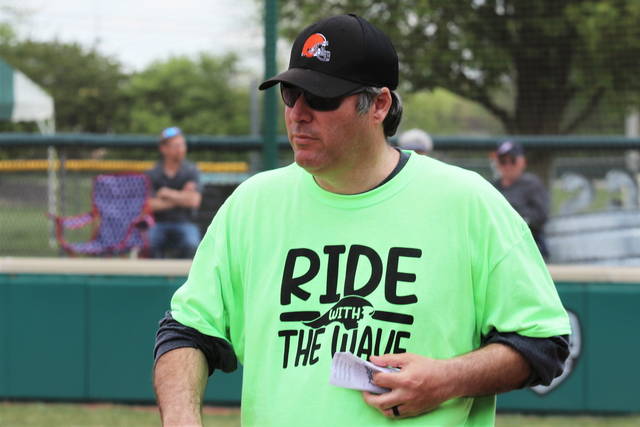