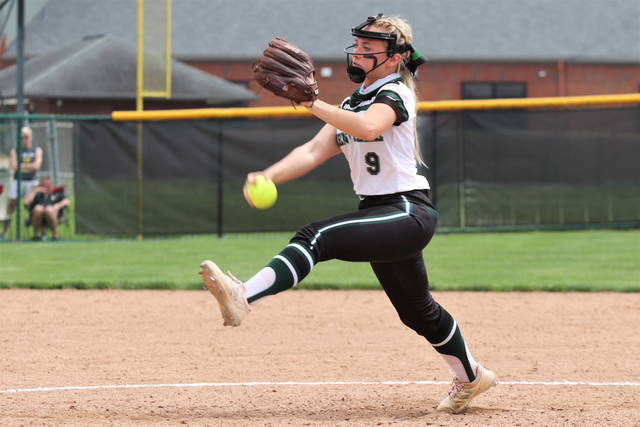 MASON – The Greenville Lady Wave softball team advanced to the Elite Eight with a 2-0 win over the Springfield Shawnee Lady Braves.

“What an atmosphere here today at Mason City Schools Studium,” said Greenville coach, Jerrod Newland. “So proud of the fans and the sea of green.”

“Played flawless defensively and offensively we were a little excited today and didn’t catch too many breaks,” Newland continued. “Grace, two of the first three girls got hits and after that they didn’t get any and hats off to her. Ny (Nyesha Wright) and outfield played great and Zim (Ashlynn Zimmer) made a great one and 2-zip Lady Wave.”

The Lady Wave stranded a two-out single off the bat of Susie Blocher in the top of the first bringing the Lady Braves to the plate to put Greenville’s pitching and defense to the test in the bottom of the inning.

Several controversial calls greeted Lady Wave pitcher Grace Shaffer with the homeplate umpire calling the senior with a career 49-3 record of throwing illegal pitches – the first time called in 31 games on the season negating a strikeout and a flyout.

“It’s tough to call the step out without the mound being dusted off and the whole 24-inches of white showing,” said Coach Newland. “We control what we can control and Grace and Denny (pitching coach Denny Ruble) adjusted well. It’s tough giving four-outs in the first two-innings.”

“I never have had somebody say something about it so it kind of just crazy to me because I had to switch it up,” Shaffer said following the game. “It was the first-inning bases loaded – I’m glad we made it.”

“I was trying to step more in and still throw what I normally throw,” Shaffer said of her adjustment.

“Everyone settled down and Grace retired the last 16 batters,” Newland added.

Springfield playing as the home team in the OHSAA D-II regional game got its only two hits of the game with a leadoff single to left, a sacrifice bunt moving the runner to second and a one-out single to Skylar Fletcher with the speedy rightfielder holding the runner at third.

With Lady Braves runners on second and third and one out, Shaffer coaxed a flyball to Bri Fellers with the junior leftfielder holding the Springfield runner at third.

Coach Newland intentionally walked the following batter loading the bases with two outs setting up a grouder back to Shaffer and throwing a stirke to Alaina Baughn at first for the third out of the inning.

“No-brainer to put her on,” Newland said of the intentional bases loading walk. “Grace gets the next one. Just textbook softball and things hopped our way.”

Greenville freshman shortstop, Savanna Leach led off the top of the fifth with line drive single to center, advanced to second with a Zimmer sacrifice bunt and was thrown out on a contraversial call at the plate on a Kiera Beavins single to center.

Springfield went down in order for the third consecutive inning in the bottom of the fifth keeping the game scoreless after five complete.

Baughn legged out a one-out sixth-inning single to short and a strikeout had the Lady Wave looking at two-outs with a runner on first.

Skykar Fletcher hung tough at the plate getting hit by a pitch putting Lady Wave runners on first and second bringing Bri Fellers to the plate to rip a two-out two-run triple to center scoring courtesy runner Skylar Bryson and Fletcher giving Greenville a 2-0 lead – a lead that would hold up for the final socre of the game.

“Had two runners on,” said Newland, “and we weren’t stopping and they scored – two-out hit and just great stuff.”

With Shaffer on the mound, the senior set the Lady Braves down in order in the bottom of the sixth and seventh-innings to preserve the shutout and advance the Lady Wave to the regional finals with a pressure packed 2-0 victory.

The Lady Wave collect five hits on the day with Bri Fellers pacing the Lady Wave at the plate going 1-3 with 2-RBIs coming on Greenville’s only extra base hit of the day. Leach, Baughn, Blocher and Beavins each went 1-3 collecting singles for the Lady Wave.

“My hitting was really off but its ok because our defense is outstanding,” Wright said following the victory, “and that is what wins games.”

“You have to make sure you are always there for your teammates, talking them up, backing them up, letting them know where the ball is at,” Wright said of her leadership roll at center. “Even the infield you have to talk to them too, they look back and make sure I’m talking to them.”

Grace Shaffer went the distance for Greenville tossing 7.0 innings in allowing no runs, two-walks while striking out two.

“All in all there are eight teams in the Elite Eight and we are excited for our opportunity,” Newland stated. “Glory lasts forever and we are on a mission for the field trip to Akron. Proud of everyone – this would just ice the cake.”

“Great effort today and I would like to thank the LWSB Nation and the amazing amount of people at Mason,” Coach Newland concluded. “Out numbering Shawnee 10-1 – Lady Wave are the best fans in the land.” 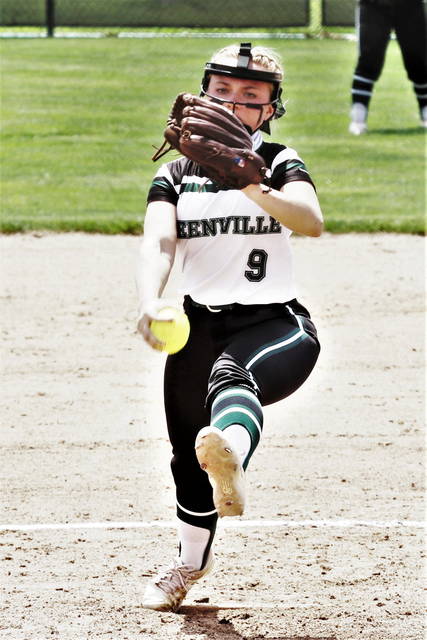 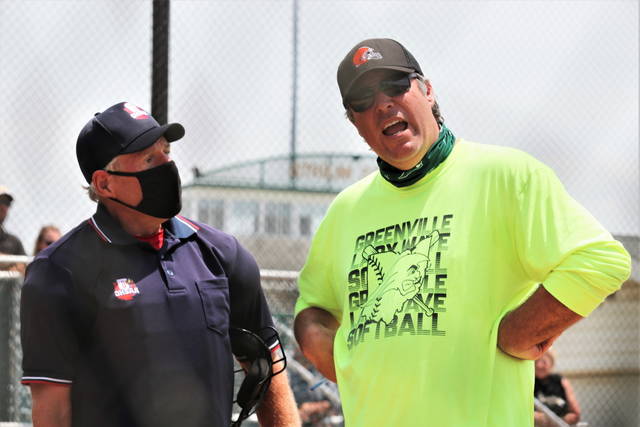 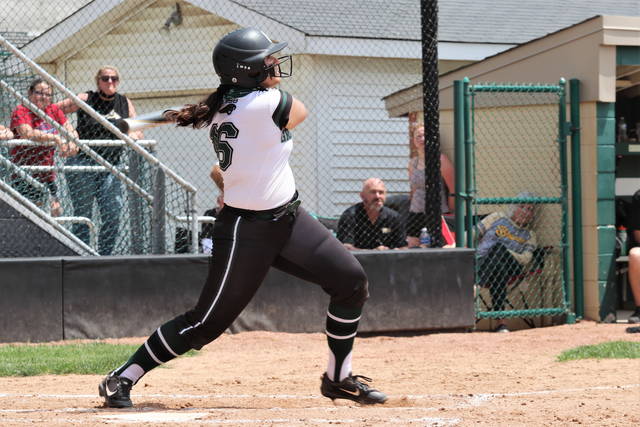 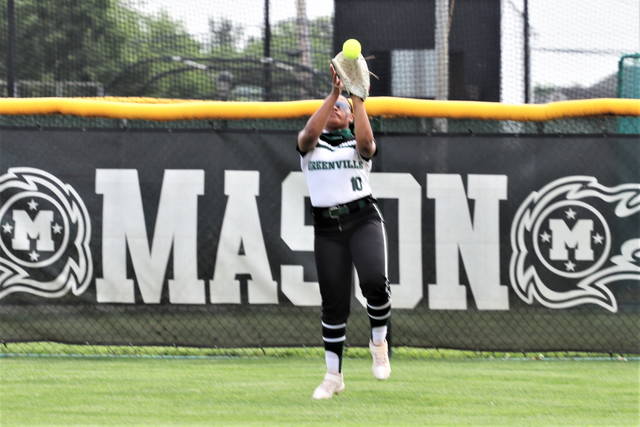 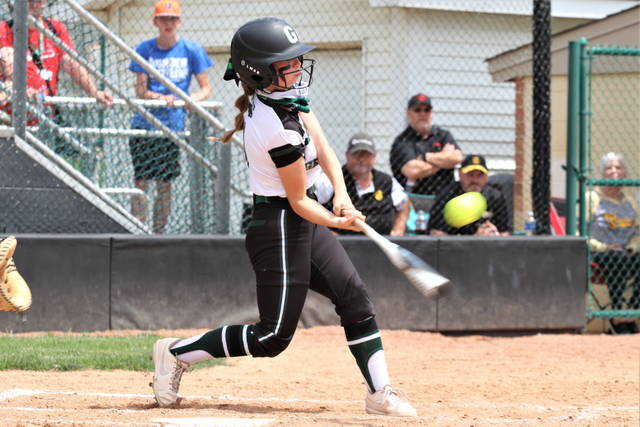 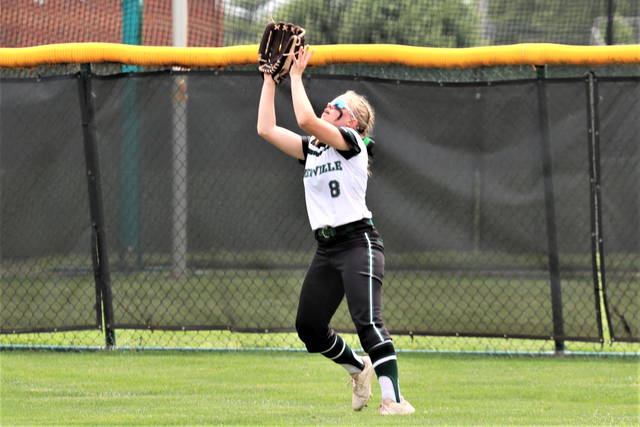 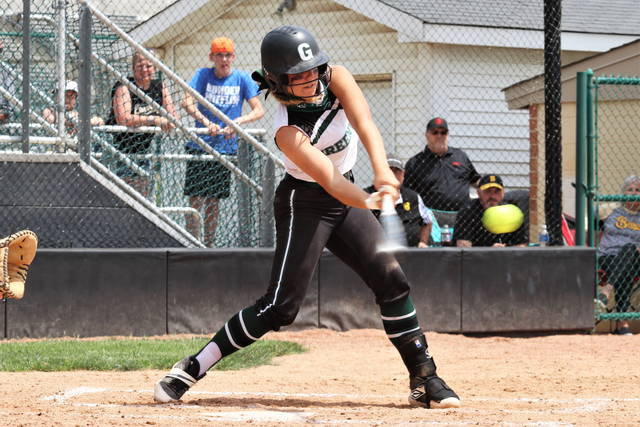 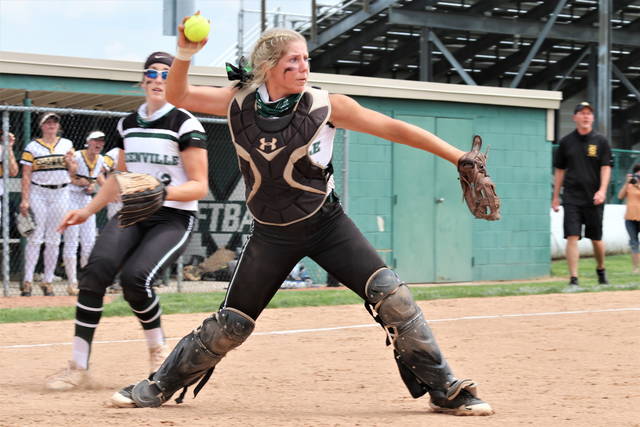 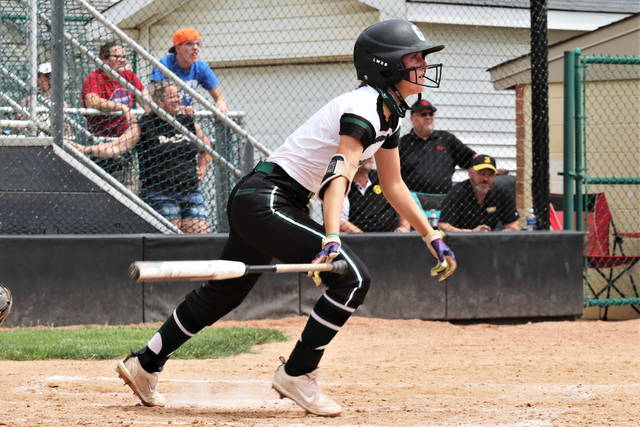 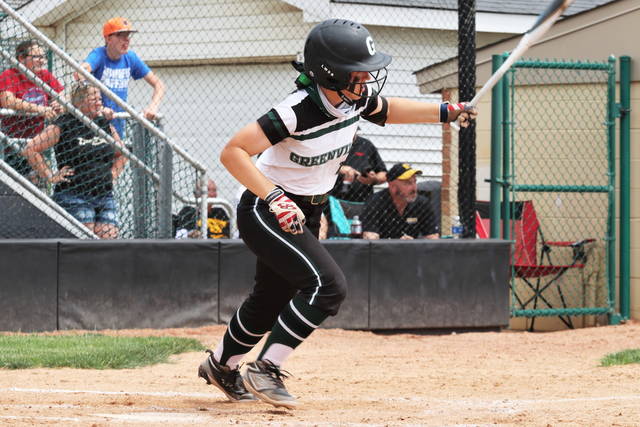 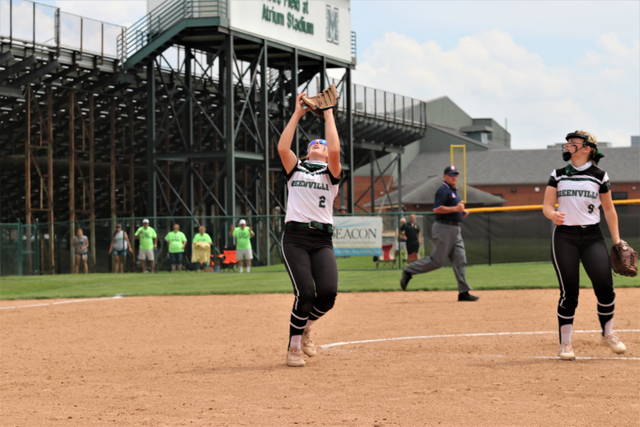