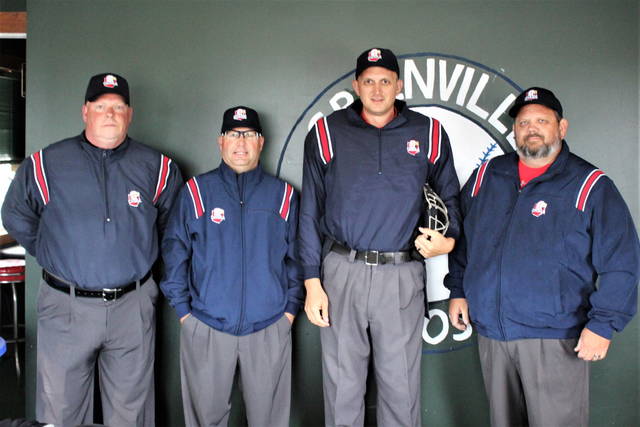 GREENVILLE – The four-man Southwest District Umpiring baseball crew slated for the 2021 OHSAA DI state championship game was in Greenville recently umpiring an American Legion Post 140 game to work as a unit before heading to the prestigious appointment.

“What makes this crew really special is we are all from the West Central Ohio Umpires Association based out of Piqua,” said Prokes. “This is our 75th Anniversary season so to have this crew going – and we have two other umpires going to do other state games – that’s very special to us in our 75th year.”

Prokes is slated to be behind the plate calling balls and strikes, Barr will be making the calls at first base, Madigan will be covering second base and McCartney will be manning third base.

“It’s an honor to be chosen out of all the umpires in Ohio,” said Greenville’s McCartney. “It is definitely an honor especially to work with these guys – the best in the business.”

A tight selection formula to be included in a voting pool based on scores from coaches, school athletic directors and piers with the OHSAA selecting from the pools based on feedback from the state regions.

“I was honored to be the crew chief in the 2018 Division II state championship game,” 29-year OHSAA veteran umpire Scott Barr noted. “We had Chaminade Juillien and Wapak in Columbus at the Clippers Stadium.”

OHSAA 14-year veteran Chris Prokes will lead the four man crew on the field as the crew chief, umpiring his second state championship game. Prokes shared his thoughts on respect shown to umpires at the state tournament games.

“I think we get respect,” Prokes stated. “Before the game they generally read an announcement about how the officials are selected and suggest that this careful process assures that you are getting the best on the field that day, so we get that right off the bat.”

“Our presence on the field, the way we conduct the game, the crispness of our calls, our mechanics and how fast we hustle in our rotations goes a long way to doing that,” added Prokes. “I think the players and coaches come in with a little bit heightened sense of good behavior in the dugouts and on the field.”

“As an official, that’s what you work for, all the hard work, the hustle, giving that 110 percent so that one day when you are selected to work a state game you are going to work it just like you would any other ballgame,” McCartney added. “It is truly an honor to be selected. There is somewhere around 3,000 certified umpires in the state of Ohio, so to make it to that game and be selected is just truly an honor.”

“We’re here for the kids,” Madigan concluded. “We umpire for the love of the game – and the kids learning the game.” 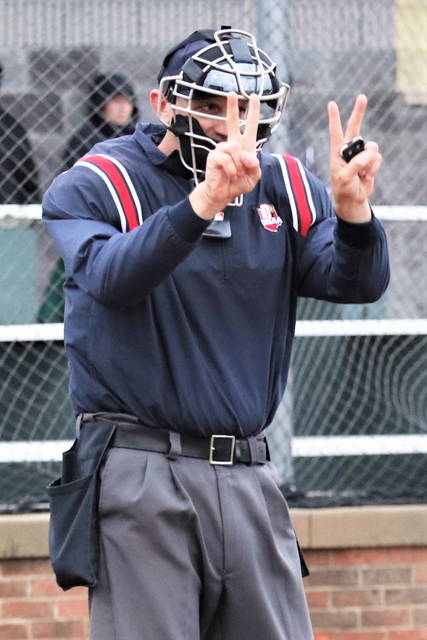 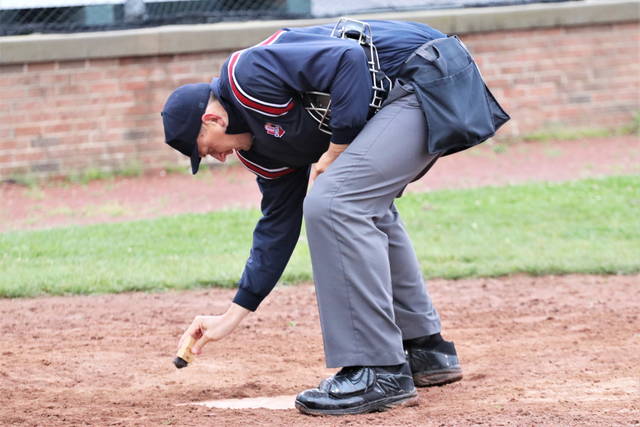 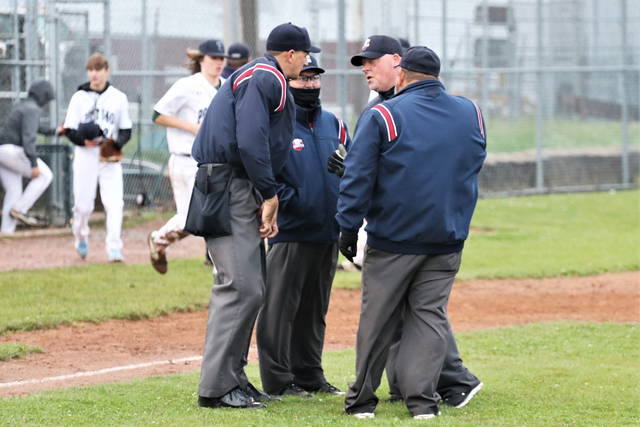 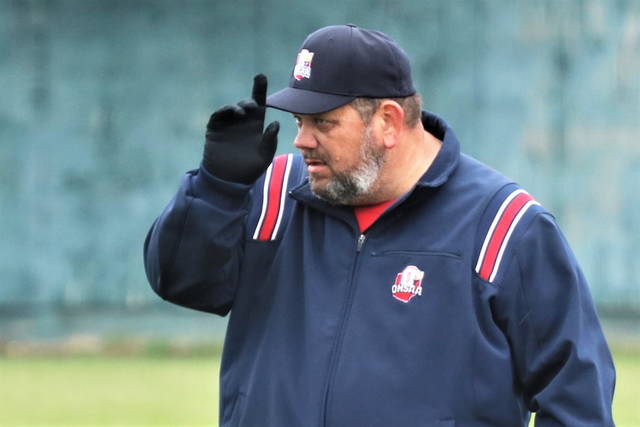 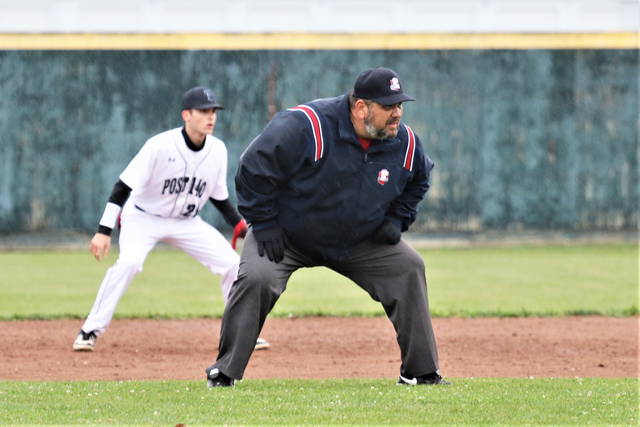 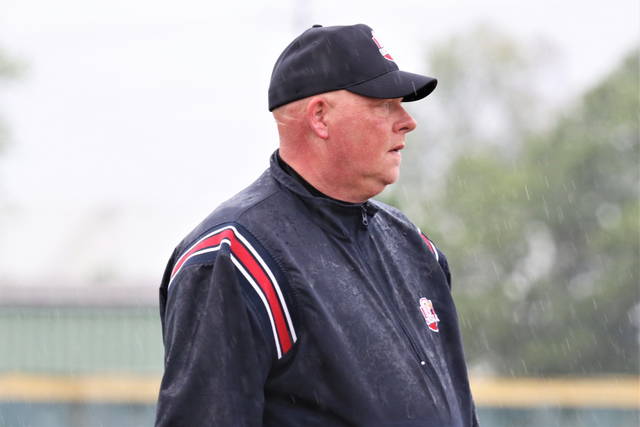 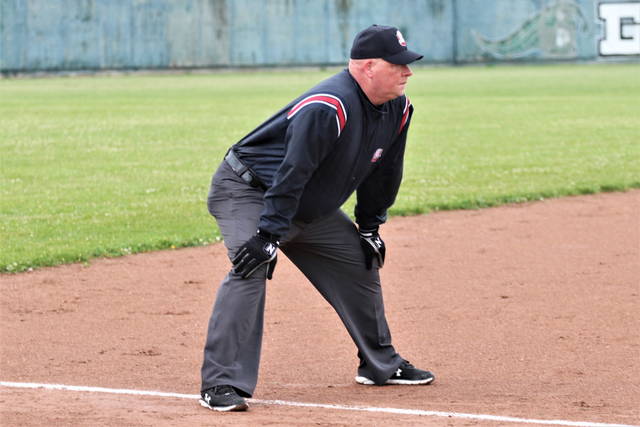 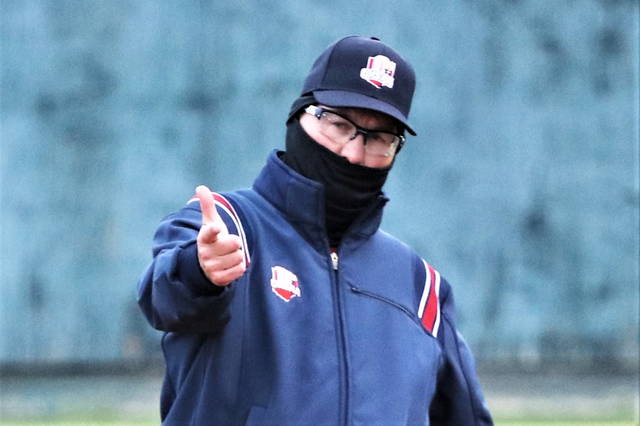 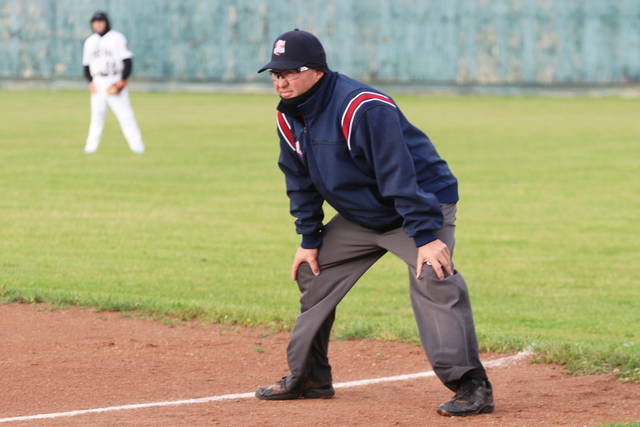