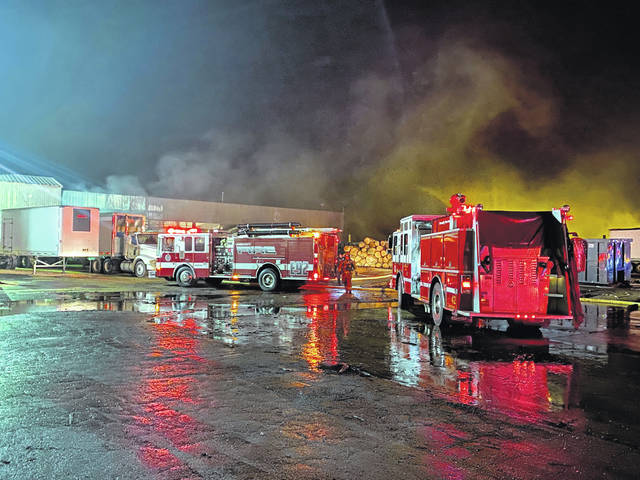 According to Captain Eric Hiatt of the Union City, Indiana, Fire Department, officers from the Union City, Indiana, Police Department were the first to arrive on the scene at 12:50 a.m. and reported heavy fire at the rear of the structure. Firefighters, upon their arrival, found smoke and flames coming from the roof of the Debark Room of the mill and by 1:30 a.m. had the fire knocked down and the blaze brought under control. Captain Hiatt added that damage was able to be isolated to the Debark portion of the structure as crews were able to prevent any extension to the main areas of the sawmill.

“We will be forced to halt production here in the mill temporarily however I don’t foresee that being for any longer than a day or two at max,” said Steve James, president of Frank Miller Lumber. “We will know for sure after fully evaluating the extent of damage in the morning. I don’t believe other portions of the mill outside of Debark were affected.”

Fire crews remained on the scene well into the morning hours while overhaul operations took place. No injuries have been reported as a result of the incident.

The cause of the fire remains under investigation by the Union City, Indiana, Fire Department.