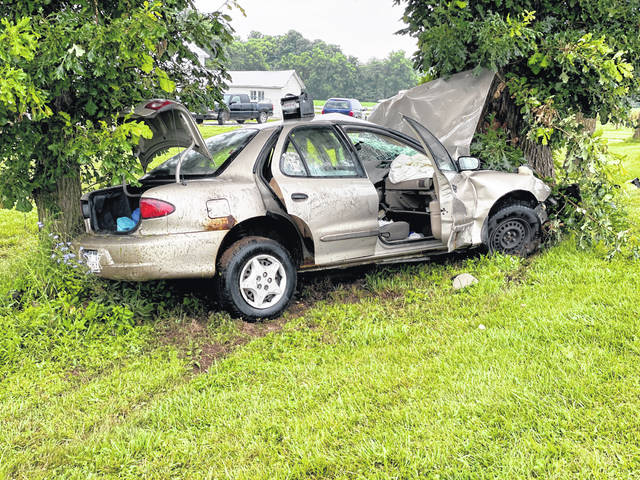 BUTLER TWP. — A driver suffered serious injuries Wednesday morning after the vehicle he was operating struck a tree head-on.

At approximately 9:58 a.m., emergency personnel from the New Madison fire Department and Tri-Village Rescue responded along with Darke County Sheriff’s deputies to the 3100 block of St. Rt. 121 in reference to a single-vehicle injury crash.

According to the Darke County Sheriff’s Office, a preliminary investigation into the incident revealed a silver Chevrolet Cavalier was traveling north on St. Rt. 121 when the vehicle, for unknown reasons, veered off the left side of the roadway and struck a tree head-on.

The unidentified male driver of the Chevrolet was mechanically extricated from his vehicle by firefighters from the New Madison Fire Department prior to being treated at the scene by Tri-Village Rescue for what were described as serious injuries. The driver was then transported to Wayne HealthCare for further treatment and evaluation.