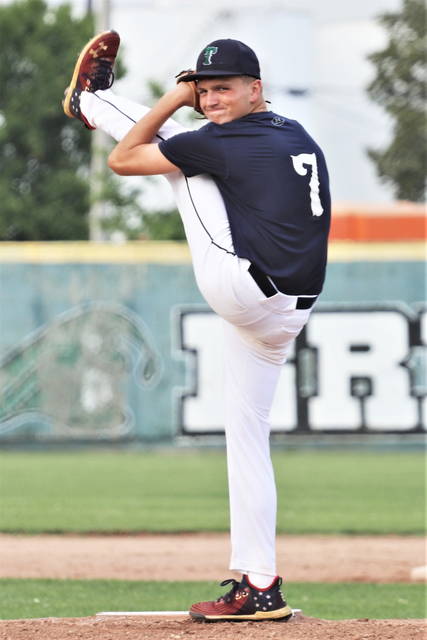 “When these guys are in their element here – I know they love these home games,” said Greenville coach, Chad Henry. “They come out here and give it their all.”

Piqua jumped out to a 1-0 lead in the top of the first with Post 140 taking advantage of a Tyler Beyke line drive RBI single single to center knotting the score at 1-1 in the bottom of the third.

“Piqua came out and got a run in the first,” Henry stated. “We didn’t fret, we came back. Their pitcher was on. He threw three different pitches and we finaly caught up to him. It seemed like when we got a guy on base someone came through with a big play.”

With the game tied 1-1 and Greenville coming to the plate in the bottom of the fifth, Logan Stastney knocked a run scoring single to center, one of his three hits on the night giving Post 140 a 2-1 advantage.

“Stastny is just knocking the cover off the ball right now,” said Coach Henry. “Last game agains Napoleon he hit one out to the deepest part of the field. There is a secret to that – he’s swinging a 33-inch bat for the first time in his life. He upgraded to a 33-inch bat and he’s hitting the ball all over the place.”

Beyke legged out an infield single putting runners on first and second followed by and a Colton Francis run scoring single to center for a 3-1 score with Beyke moving to third. Beyke raced home by way of a passed ball to give Greenville a 4-1 lead after five complete.

Piqua plated a run in the top of the sixth cutting Post 140’s lead with Greenville comning to the plate in the bottom of the inning to score two runs.

Carson Bey and Ben Ruhenkamp knocked back-to-back one-out singles, A Psczulkoski fly ball to right was misshandled plating a run and Alex Kolb drilled a RBI single to center giving the home team a 6-2 lead that would hold up for the final score with Reagan setting Piqua down in order in the top of the seventh.

Hunter Reagan earned the victory on the pitcher’s mound with the righthander pitching a seven-inning complete game allowing two runs on four hits while striking out six and walking one.

“The last three or four starts Hunter has been unreal,” Henry noted. “He started a little timid his first start and he’s been nails ever since. He’s been awesome, he’s throwing three different pitches for strikes, he’s mixing it well, when he has to make a pitch he’s making it. He’s an incredible competitor and he’s showing that.” 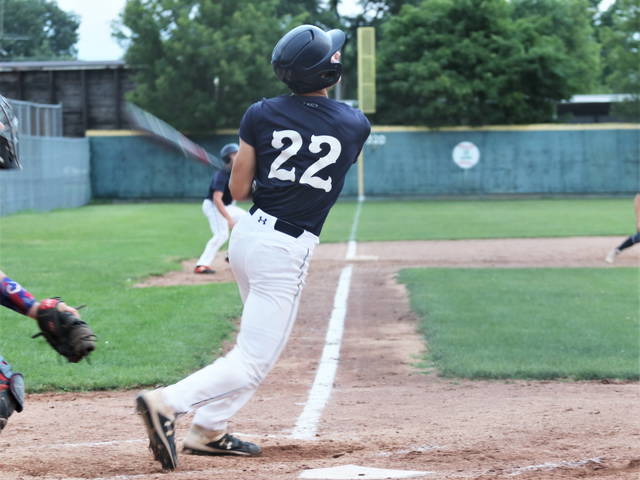 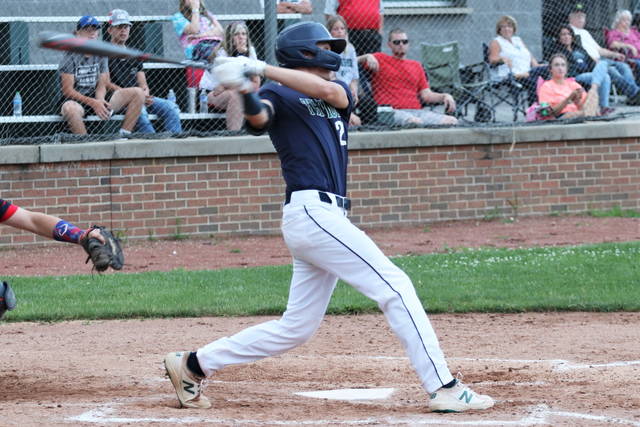 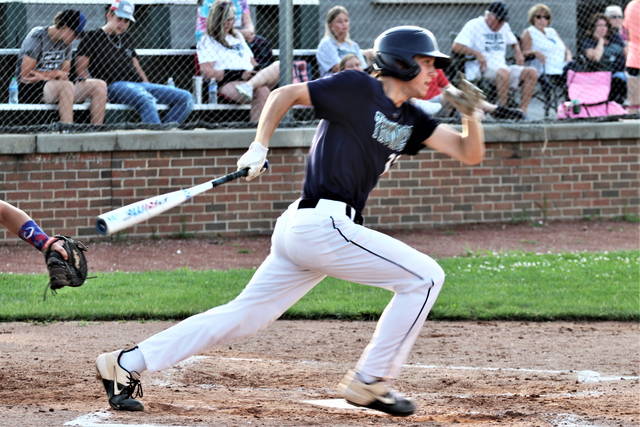 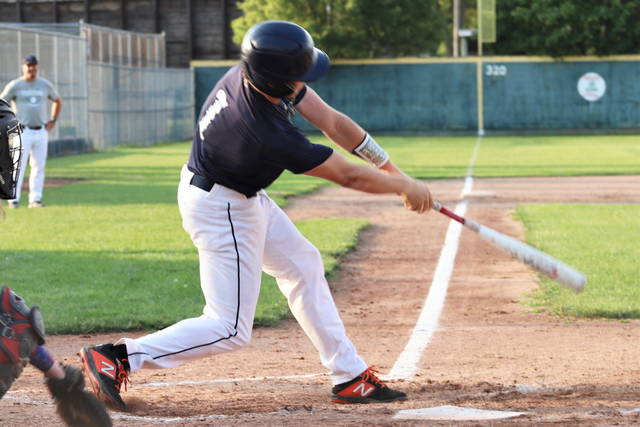 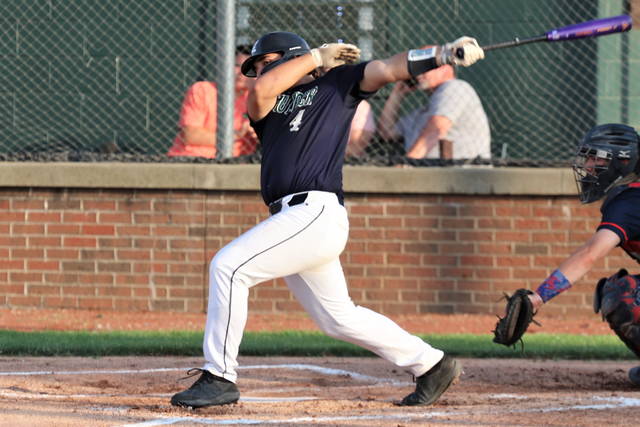 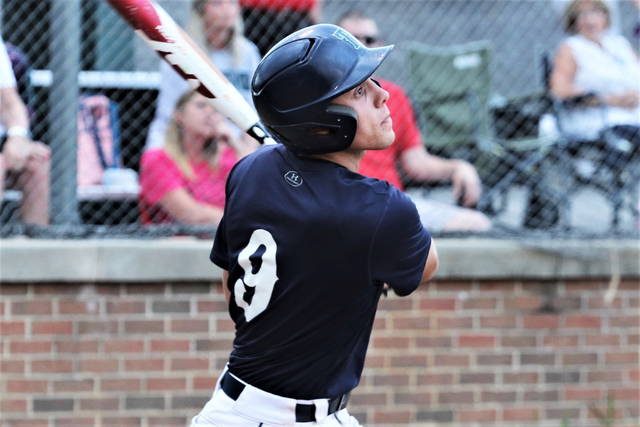