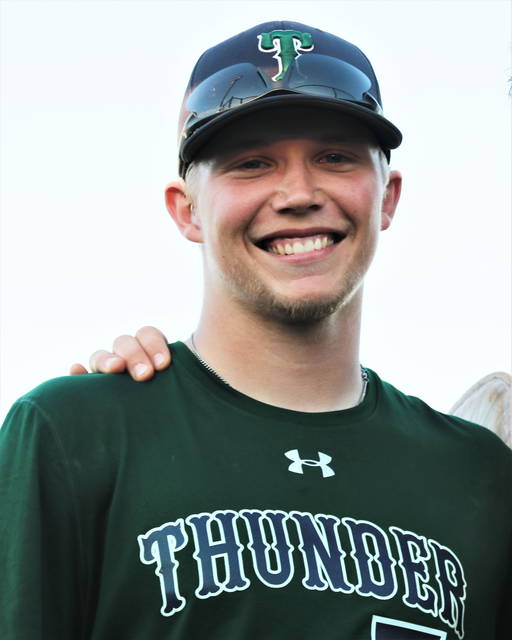 “We really wanted to get the roommates together one time this summer, Tyler to Jack, and I think we created one they won’t forget soon,” said Post 140 coach, Chad Henry. “Tyler has pitched a lot for us over the past four years, but he’s a guy you want to save for last because of his ability on defense as such a key area.”

“He is an incredible competitor and it was absoute bliss to watch him do it one more time,” Henry added.

Greenville grabbed a 1-0 lead in the top of the first taking advantage of a one-out double to left off the bat of Logan Stastny and a two out run scoring single from Post 140 second baseman Colton Francis.

“We were seeing the ball well tonight but were not converting them at the right time, but when Colton comes up you just get that feeling that something is about to happen,” Coach Henry stated. “When you square up as many balls as he does as often as he does, it was no surprise that he scorched it by third like he did.”

Versailles’ Carson Bey crushed a fourth-inning leadoff homerun to left giving Greenville a 2-0 lead in what would prove to be the final score of the night with Beyke and Post 140 defense shutting down Sidney.

“Carson has hit a lot of balls over the fence this year, just all of them have been foul,” said Henry. “He came back a lot stronger this season and we recently tweaked a few things with his swing that we believe will deliver more consistent results. We just couldn’t ask for a better time for him to start heating up.”

Beyke surrender five hits while striking out one over seven innings of work to earn the Monday night road win.

Greenville made the most of just four hits in the game, coming from Francis, Beyke, Stastny and Bey to record the road victory.