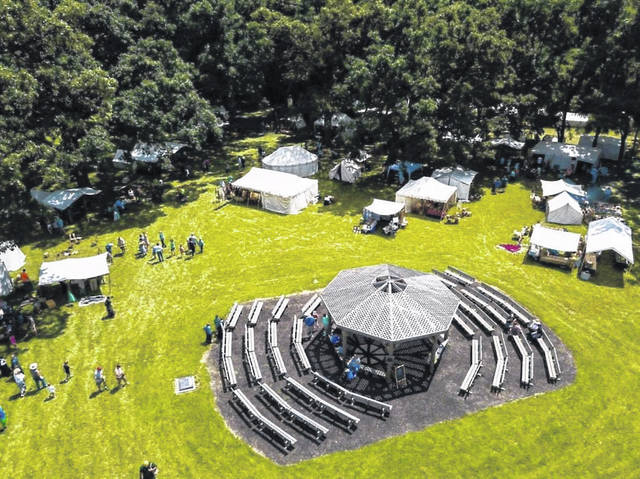 GREENVILLE — Each year, the Darke County Park District hosts a “Living History Encampment” as a part of the annual Gathering at Garst, giving residents and visitors a glimpse into the colonial American lifestyle and Ohio’s — and Darke County’s — role in shaping American history. This year’s encampment will take place Friday, July 23, 2021, as part of the Gathering at the Garst 10th anniversary celebration, which continues throughout weekend on July 24 and 25.

Held at the Darke County Park District’s Prairie Ridge Meadow park (across from the museum), Friday’s encampment — which includes the Anthony Wayne Peace Council House and Bower — will feature re-enactors from all over the United States who accurately represent Native American Indians, soldiers, vendors and craftsmen from the Colonial and Revolutionary War period through the Civil War. Friday’s free open event will be a homecoming for many who missed last year’s gathering, due to the many summer cancellations due to COVID.

“The response to the encampment has been exciting. The folks who are coming have not had events to go to up until early this summer,” said Deb Shiverdecker, encampment coordinator for the Darke County Parks. “Many of them know each other and are a sort of big family, so they have missed each other. Almost everyone is just excited to get out and around again after COVID!”

Great memories and family fun await encampment attendees, as there are a few surprises in store for the Living History Encampment and the Garst Gathering 10th Anniversary celebration. Walking through the camp is like walking back in time as folks demonstrate military, hunting and domestic skills and trades, to teach about the history of the people who would have inhabited or visited Darke County during the time period of the encampment. Cannon firing demonstrations, military units sharpening their skills for battle, pioneers and Native Americans telling their stories and demonstrating their skills and crafts.

“I have learned so much about history at these events. I am in awe at the dedication of many of these re-enactors to share with us their knowledge about the history of our county — and even our country — in such an intriguing manner,” said Shiverdecker. “One of my favorite times is when we open the Gathering on Saturday morning with a flag raising, the national anthem sung, and have a gun and cannon salute. We have a singing group on Friday evening when the camp is lit and everything is so very beautiful.”

Shiverdecker also stated that some new groups will be attending the encampment and gathering this year, including a large civil war unit, a revolutionary war military unit, The Drab Irish Band, a group who call themselves “The Scoundrels,” and (depending on the weather) a reproduction hot air balloon.

The encampment is hosting this special free Friday night event for the public that will highlight the camp’s candle and fire lit beauty. Friday evening’s activities will start at 4 p.m., with scoundrels and faire folk (4:30 to 6 p.m.), Native American storytelling and song (6 to 8 p.m.), a knife and tomahawk throwing demonstration (7 p.m.), music by the Drab Irish Band (8 to 9:30 p.m.) and (weather permitting) a nighttime cannon firing (around 9 p.m.) The Gathering at Garst encampment reopens on Saturday morning (10 a.m.) beginning with a rifle salute, flag raising and the singing of the national anthem at the Anthony Wayne Peace Council House. Vendors and campers will be available to answer questions about what they do and who they represent.

While some seating is available, it is best to bring lawn chairs and relax while experiencing the ambiance of the lighted camp before the crowds arrive on Saturday. Because the modern side of the festival is not open until Saturday, attendees for the Living History Encampment will be allowed to bring coolers and lawn chairs on Friday evening only. Food vendors will be available throughout the day and evening at the Saturday and Sunday Gathering. Pets on leashes and under control will be allowed at this festival in all areas. If attending with a pet, please be sure that it is used to large crowds and loud sounds.

The Gathering at Garst festival will run Saturday, July 24, from 10 a.m. to 8 p.m., ending the day with a concert (at 8 p.m.) by the McCartney project behind the Garst Museum (located at 205 North Broadway) and Sunday, July 25, from 11 a.m. to 5 p.m.). Bring a lawn chair and join the encampment for a Divine Service with Parson John on Sunday morning at 10 a.m. before the festival opens. Come join us for a lovely weekend filled with history, excitement, and fun. There is definitely something for everyone at the Gathering at Garst!

Want to learn more about the weekend events at The Gathering at Garst, or have questions? Visit them on the web at www.gatheringatgarst.com, or email [email protected] 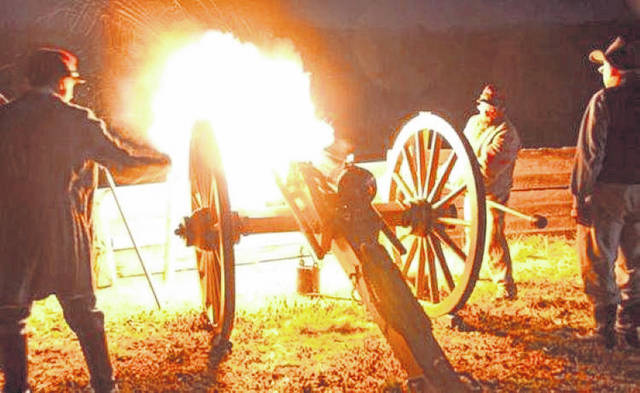