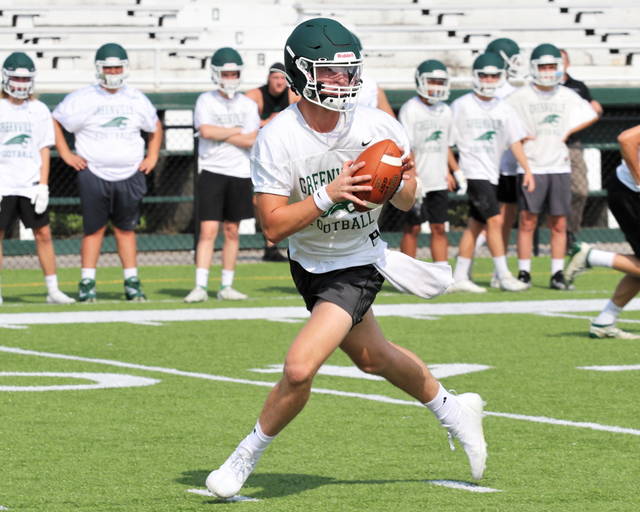 “The kids competed,” said Greenville head football coach Bart Schmitz. “Last year we didn’t get to do this so it was nice to see the kids come out here.”

Brookville took the field under the guidance of Coach Mike Hetrick, Coach Brad Luthman led the St. Henry Redskins on the field and Twin Valley South had head coach Chris Fogle leading his Panthers on the turf.

“It’s always good to see Mike and Brad and Coach Foagel from the schools that come here,” said Schmitz. “I’ve know Brad and Mike for a long time, they are good guys, they have good teams.”

The Green Wave intercepted two passes in the first set of downs on the day against an excellent Brookville Blue Devils football program.

“Our kids are competing this year, they are getting after it, they’re not afraid to put themselves out there and at the end of the day that is all you can ask for,” said Coach Schmitz. “They are coachable, they are working hard and it showed today.”

“Our coaching staff is coming together,” Schmitz added. “We have been working hard all offseason working to get ready.”

“I’m excited to see what this year’s team can do,” Coach Schmitz concluded. 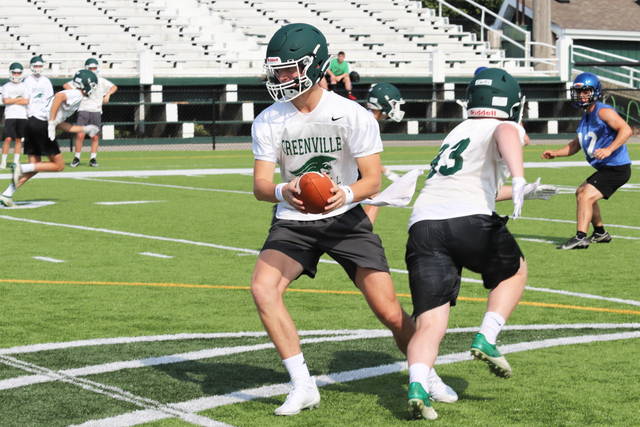 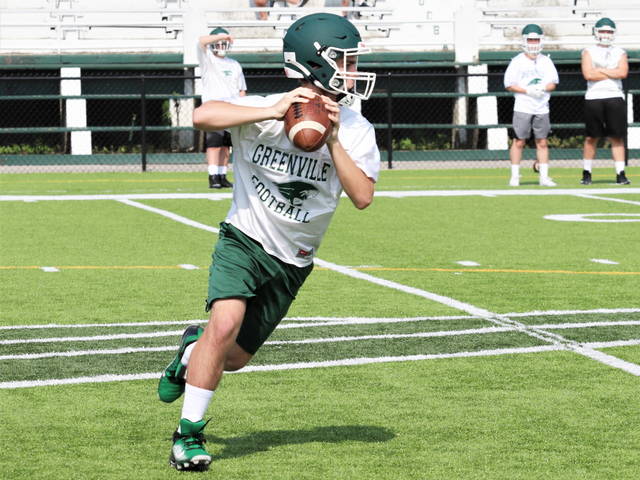 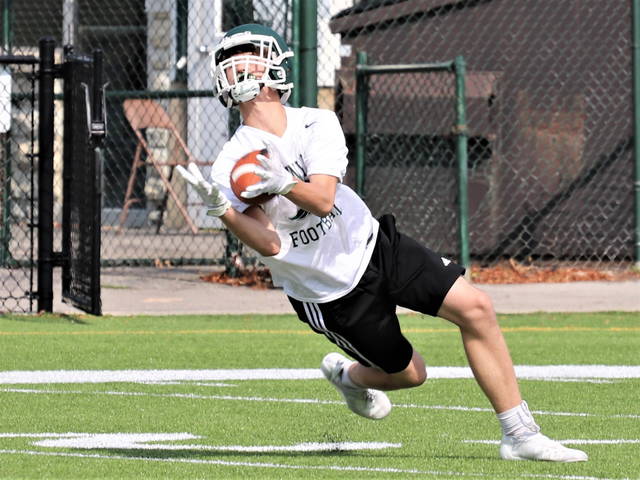 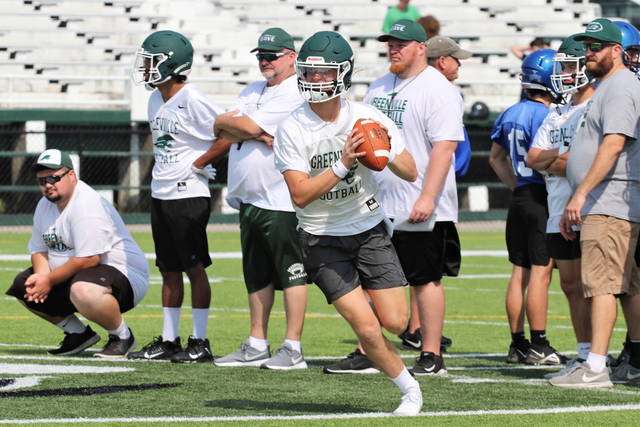 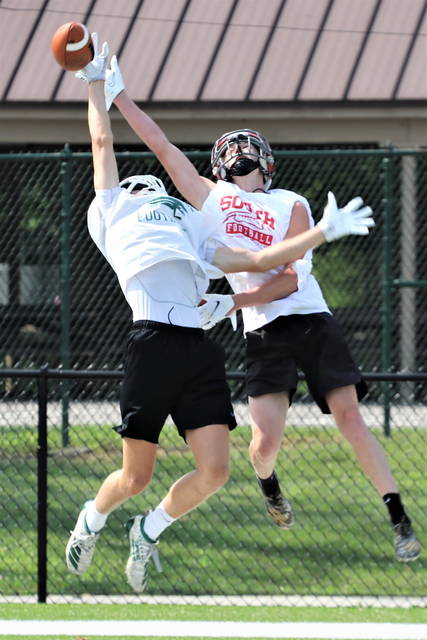 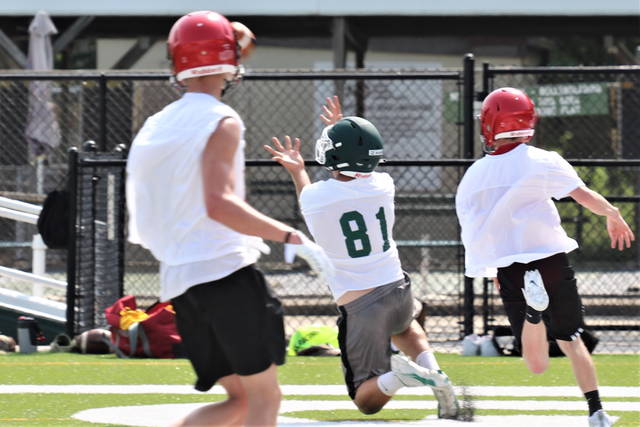 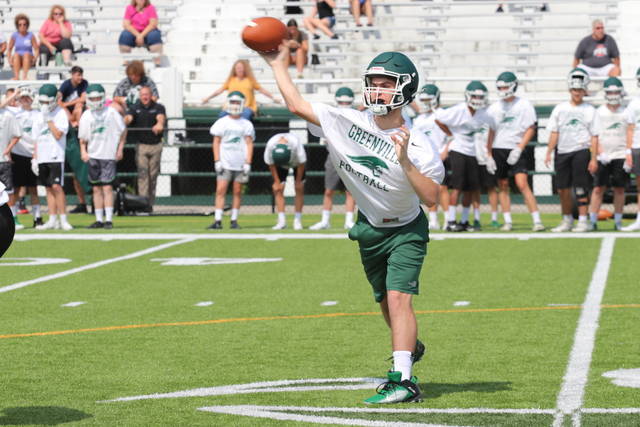 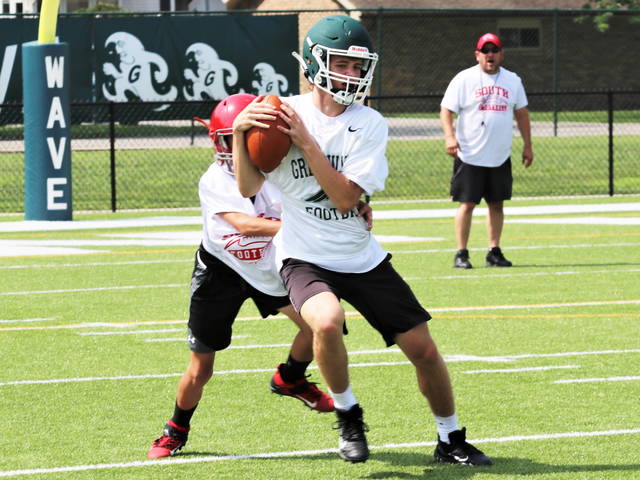 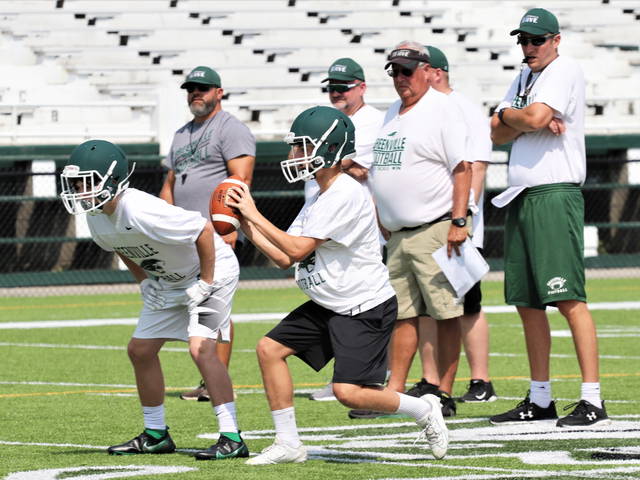 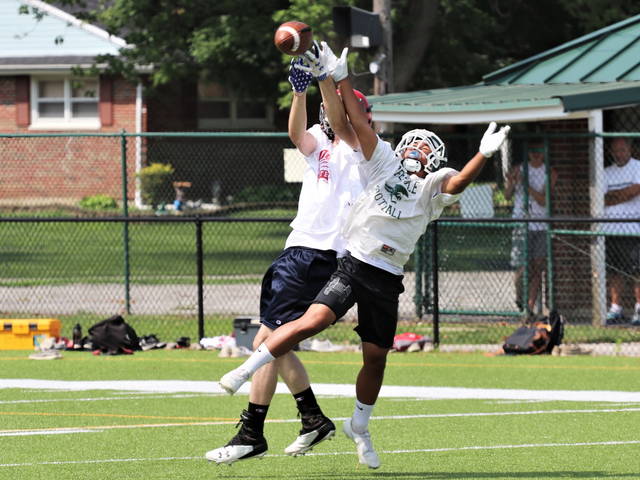 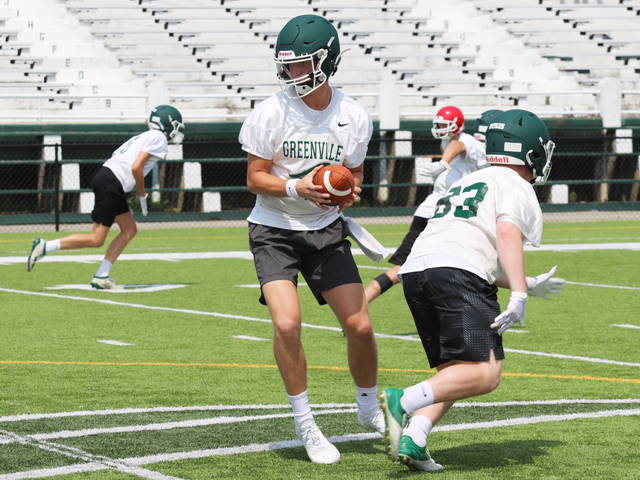 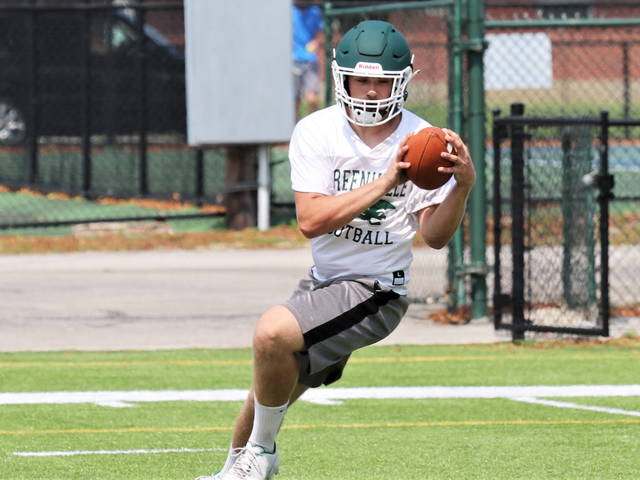 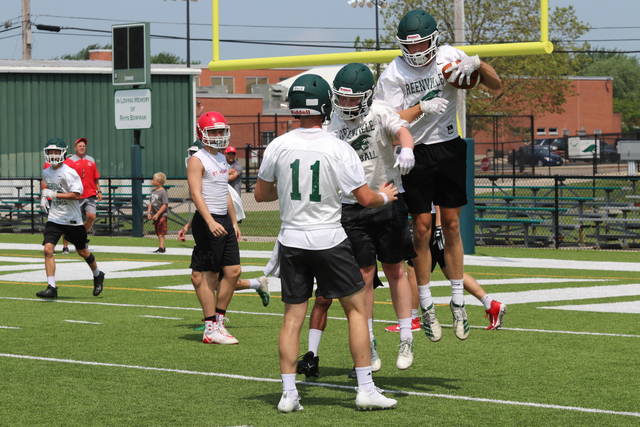 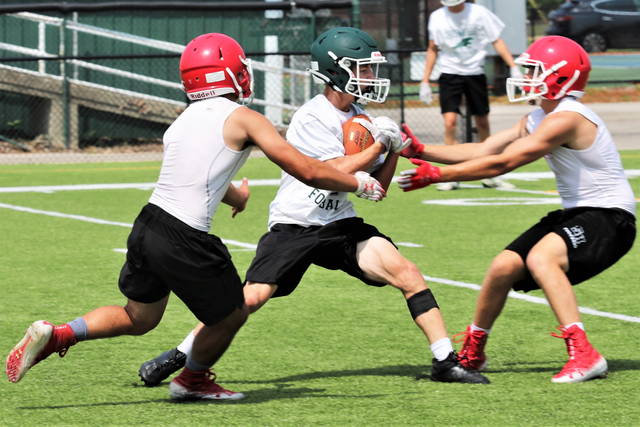 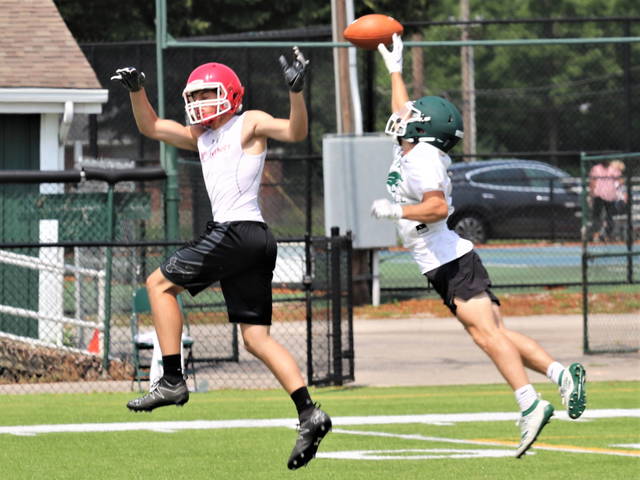 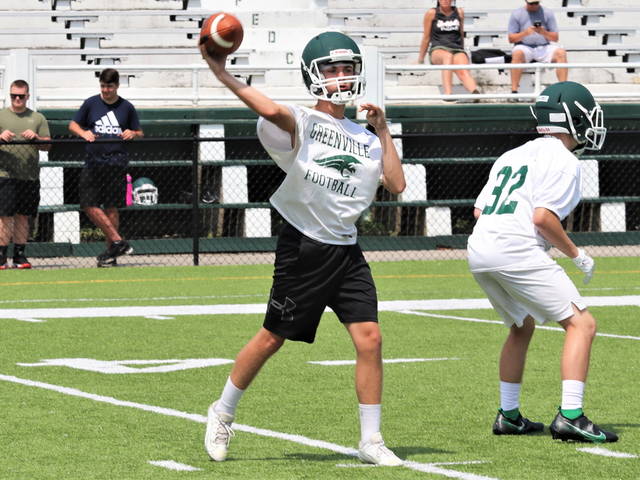