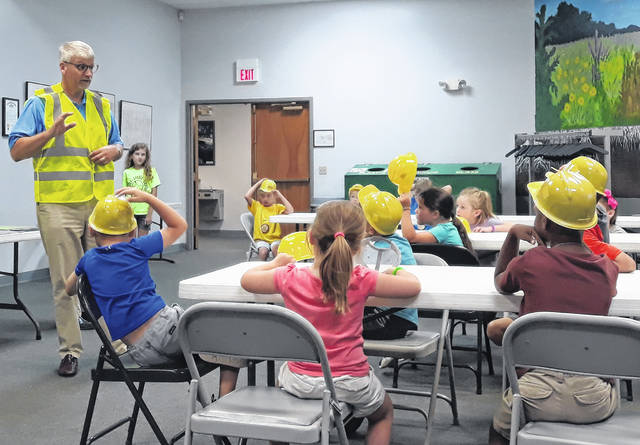 GREENVILLE — Although school’s out for the summer, opportunities to learn are always nearby — especially for those who like to discover new science and technologies with “hands-on” learning and field study. As nature sparks young imaginations, science inspires them to take the next step and explore their world, understanding the importance of simple things, how they are made, and where they come from — especially with regard to everyday living. Last week, young scientists at the Darke County Parks’ “Camp Rocks” had the opportunity to “ask the experts” about the importance of rocks, minerals and mining for the future.

Lead by Darke County Parks Naturalist and children’s educational programs coordinator Mandy Martin, day camp participants, ages six and seven, learned “the basics” about the earth, its many layers of soil, rock and minerals, and the earth science “behind the layers” — map topography (which describe the earth’s natural formations such as mountains, rivers, lakes, and valleys) and geology (the study of earth’s substance, such as materials, such as metals, minerals, oil, natural gas, water, and methods to extract these).

Pat Jacomet, Executive Director of the Ohio Aggregates & Industrial Minerals Association, also greeted young campers by asking the question, “does anyone know what an aggregate is?” While few in the audience (including me) knew much about aggregates, Jacomet explained just how important they are to modern day American life — and especially, to Ohioans.

“Aggregates are ‘little rocks out of big rocks,’ which are made out of from many different natural materials. Digging into the earth here in Ohio, we have deposits of clay, shale, sand, gravel, salt, and limestone,” said Jacomet. “We then use the process of mining to make them smaller, using a system of machines to separate, crush, and pulverize them.”

According to the OAIMA, aggregates in Ohio are sand, gravel and crushed minerals used in roads, bridges, and sidewalks, used in the construction of homes, schools, churches and hospitals. On average, every Ohioan uses about 10 tons (20,000 pounds) of aggregates each year, and the average person will use 3.11 million pounds of minerals, metals, and fuels in their lifetime.

Jacomet went on to explain that the size, texture and consistency of the aggregate depends upon which industry it serves. Natural salt deposits, for instance, which can be extracted through mining, are used in everything from rock salt on the roads and water softeners, to table seasoning and chemical compounds — bigger to smaller in size, depending on its use. Likewise gravel, also mined, are used for landscaping, but are also crushed to different sizes and shapes to be used in concrete and cement, as well as in the manufacturing of other materials.

When one young camper asked what happens to the mines when the aggregates have been removed, Jacomet explained that, in Ohio, mining sites are “reclaimed,” meaning that they must be returned to usable and natural state.

“Ohio’s laws require the mining industry to return the land to a usable and natural state,” said Jacomet. “This means that once reclaimed, crushed stone and sand and gravel sites are desirable as water reservoirs, or recreational lakes, often with residential subdivisions nearby. Beneficial uses include the creation of freshwater storage basins and wildlife habitats.”

One great example of reclaimed mining land can be found in McConnelsville, at the new Jesse Owens State Park, named after Olympian and former Cleveland resident Jesse Owens. Mined for coal in the 1940s, the 60,000 acre property, which is privately owned by Columbus-based American Electric Power (AEP), the land has been reclaimed by replanting trees, grasslands, ponds and lakes. The property also includes a 24-mile portion of the Buckeye Trail, with 600 lakes and ponds stocked with fish, 30 miles of horseback riding trails, plus a 10-mile mountain bike dirt trail.

Also in attendance were Dave Groth and Kasey Damewood of Piqua Materials, located in Miami County. Both Groth and Damewood discussed the importance of the mining industry and Ohio’s future, especially when young people grow up and start looking for job opportunities.

“Our industry is always looking for good people,” said Groth. “So when you are thinking of getting a job later on, we look for a good ‘work ethic,’ which means you are willing to show up, learn, and work hard… like you do now — in school.”

Jacomet thanked Mandy Martin and the students at the end of his presentation, giving each participant a rock sample kit, reflective hazmat vest, plastic “hard hat,” and a “nerf-style” foam rock which had the OAIMA logo.

Interested in learning more about Darke County Parks Summer Programs and Events? Visit them on the web at www.darkecountyparks.org, call 937-548-0165, or stop by the Shawnee Prairie Preserve, located at 4267 ST Rt 502, in Greenville.

Questions about the work of the Ohio Aggregate & Industrial Minerals Association? Visit the OAIMA on the web at www.oaima.org, or call 800-OHROCKS.

Interested in the work done at Piqua Materials, or want to request a group tour? Just contact Kasey Damewood at 937-314-2049. 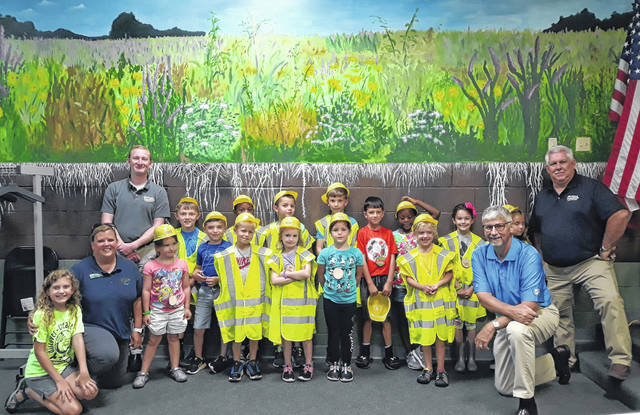 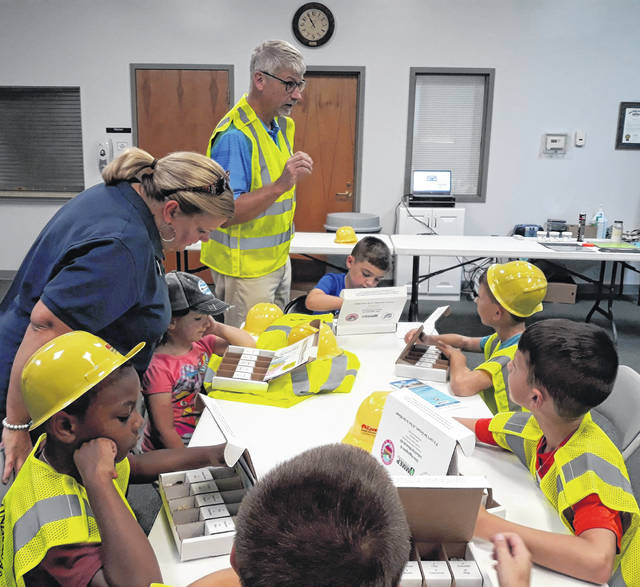 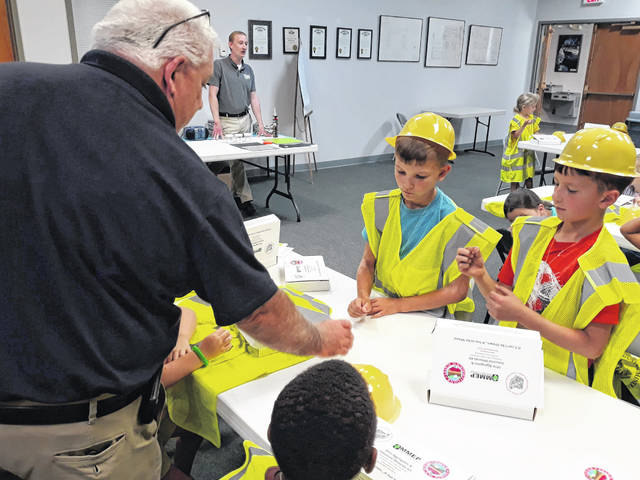 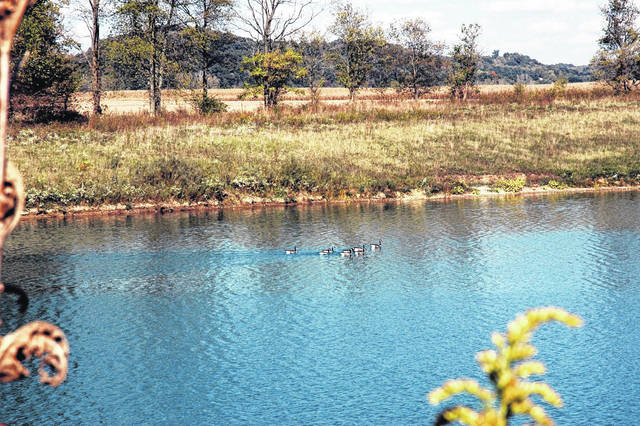